Shortly before our big move, I decided that I'd like to store my, ever increasing, collection of embroidery floss on the plastic bobbin, like these: 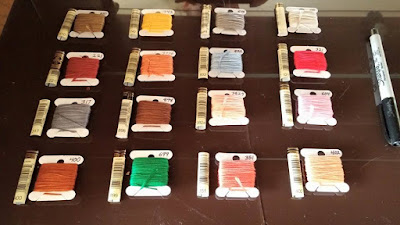 I had gone to visit my Granny and she showed me how she keeps all of her floss wound on them and the organized in a couple of the divided plastic bead boxes.  It looked really neat and I already have a bunch of those bead boxes.  Granny gave me a handful of the bobbins, and I had a few, so I wound all of the ones above.

Before we left the country, I had meant to buy more of them.  I'd priced them, but never made it back to the store to get any.  So far, I have not found them here.  Jeff had pointed out that we can order them, but I just can't see buying something like that and most likely paying more for the shipping than the purchase.

A few days ago, I was poking around on my Pinterest board for Craft Storage and I was particularly looking for ways to upcycle cardboard.  I came across an article about different uses for cereal boxes and one of them was to make the bobbins for embroidery floss.  I've heard of making your own bobbins before, but had never really considered doing it, because I thought they'd be flimsy.

However, I decided to give it a try.

A plastic bobbin, ultra fine tip sharpie, and part of a cereal box: 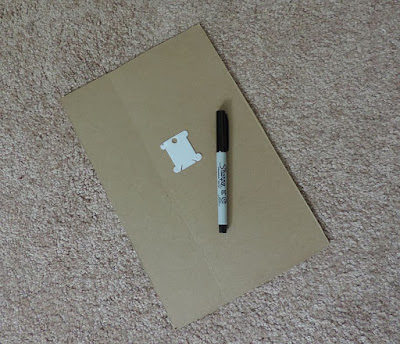 I traced a bunch of them, to fill up the sheet: 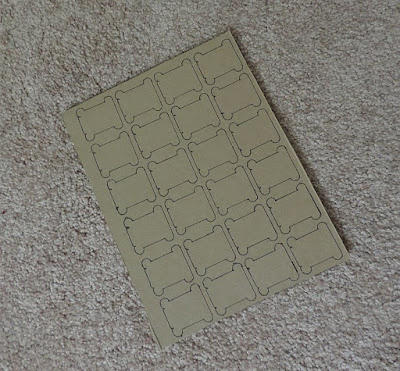 Then I started cutting and trimming away, leaving me with a pile of bobbins: The other sides of them are quite colorful and random: 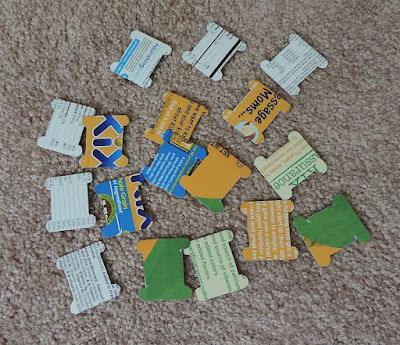 The article I saw had talked about how you could trace your bobbin over certain things if you wanted to have set patterns or designs/words/whatever on your bobbins, but I just did my tracing on the backside and got as many as I could out of each piece of the box.

Now to wind one: They are actually not as flimsy as I had feared - not as sturdy as the plastic ones, but they will certainly work to better store and organize my floss.

The backside of this one ended up being orange: 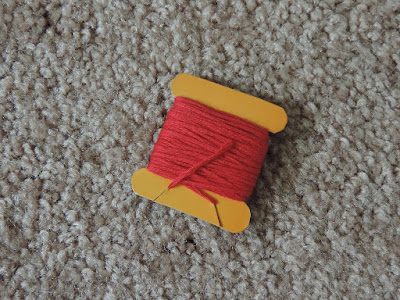 They are a bit time consuming to cut out, but not too bad - once I got the process streamlined.  I definitely like the idea of upcycling something that would be "trash" into something useful (after it's done holding cereal).  I'm also all for less plastic in our world, so I think this is a win-win.

The only slight concern I have now is how they might hold up to the high humidity we are experiencing here, but so far they seem to be fine.  I haven't noticed any of the warping or dampness like I've seeing in some other paper products.  Maybe it's something in the way they make or treat the paperboard for the cereal boxes.

Next up in the upcycling of cardboard/paperboard will most likely be some organizers for the studio.  I've found several neat ideas, such as cubes, hanging closet organizers, scrapbook paper holders, and drawer/shelf/desktop organizers too.