Stitched In Japan - Part One

I've been making cross-stitch saddle pads for a few years now.  I enjoy making them and creating new patterns.  Most of my patterns are based off of real saddle pads.  Occasionally they are just random geometric designs that I come up with or see somewhere and turn into a pattern.

When we made the big move overseas, I toyed around with the idea of signing the pads stitched here in a way that would say they had been created in Japan.

I decided to go for it and though it's been over a year since the first one was made, I now formally present the first batch of "Stitched in Japan" saddlepads.  Each one is signed with my usual stitched "HorseTender" tag on the back, but the addition is a tiny stitched pink flower (meant to symbolize a cherry blossom), and a number.  Each of them also has a bit of a story, particularly the first two, and I'll share them here, with links to other posts about them if anyone is curious.

These are all Traditional scale pads, stitched on 18ct Adia.

Number One is the one Jeff dubbed the "Prettiest Ever".  He thought this was the prettiest one I'd ever made.  It was the first one finished in Japan, though it was started while we camped out at the Seattle airport, before our flight over. 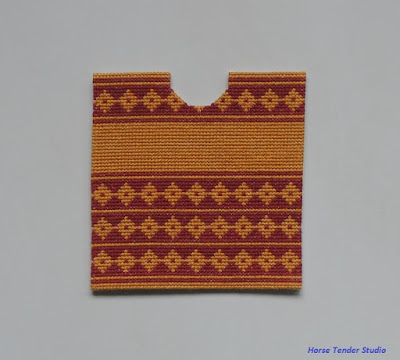 Back of Number One. 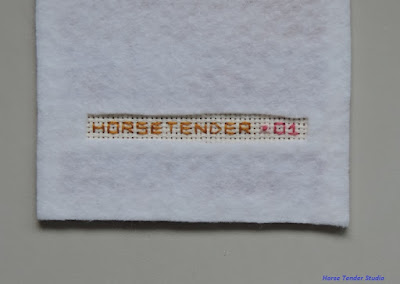 Number Two is the "Seattle Stripes" pad.  I started drawing up the pattern for this one at the Seattle airport as we waited to board the plane, but it was all stitched over here.  It was challenging and probably the most intensive one I've done, with so many color changes, stripes and dots. 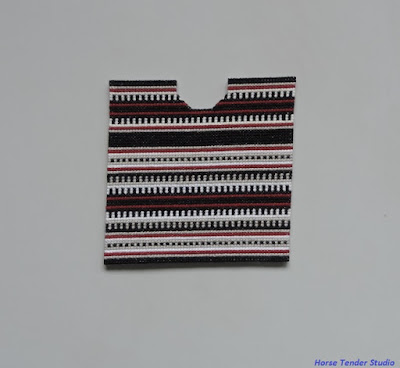 Back of Number Two. 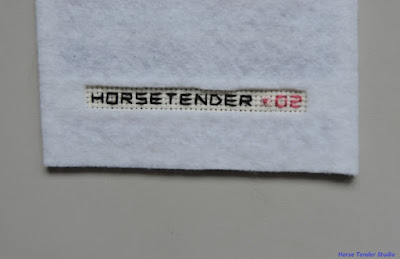 Number Three... kicked my butt.  I still don't know why, but this "simple" zig-zag pattern was one of the hardest I've ever had to figure out and stitch.  Part of that may have been my inspiration was a picture of a pad under a saddle.  I could only see tiny bits of the original and had to make up the rest.  I love the the finished product though.  I don't have a catchy name for this one, but I've thought of it as the: "fall colors zig-zag pad". 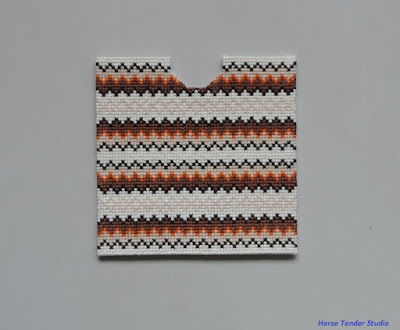 Back of Number Three. 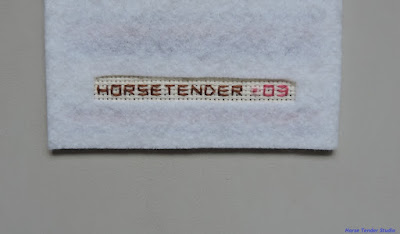 Number Four is a blue version of an older pad that I had done before the move.  That was based on a real pad or blanket.  Then over here I saw a blue version of that pad somewhere on the 'net.  It was one of those times when I pretty much had to stop whatever else I was doing and stitch a pad.  That happens to me sometimes.  I love the colors on this one. 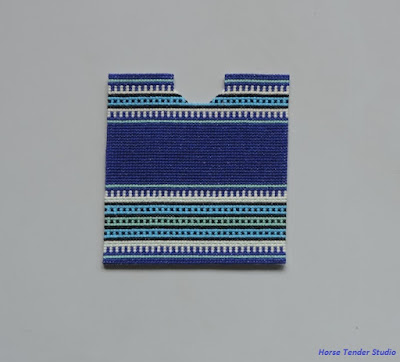 Back of Number Four. 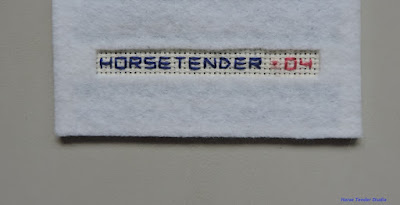 Number Five is Jennifer's Pad!  It was made for my friend, Jennifer Buxton, to fit a short-backed horse and go with the saddle colors.  She told me the floss colors she'd like and an idea of how she wanted them arranged: mostly beige, brown accent, little bit of pink.  This is what I came up with.  It's another one based off of my ever-growing library of real saddle pad pictures.  There are a lot of half stitches to make the pink triangles.  It was my very first custom pad and I hope she likes it! 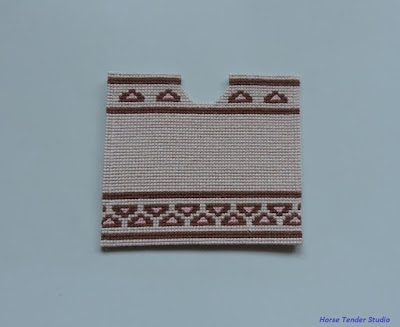 Back of Number Five. 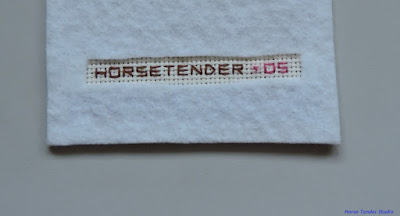 That's it for the first round of "Stitched in Japan" saddlepads.  I have stitched several more, but they are awaiting the finishing stages.  Look for Part Two, hopefully soon.  I hope you enjoyed seeing them and hearing the stories behind them.

Oh and, if you see one you can't live without...  they are for sale.