A little over two weeks ago, I learned to crochet.  Well, I learned enough to make a scarf anyway.  My goal was to make as many scarves as I could before this weekend, for a donation to a local nursing home.

I ended up making six scarves altogether, here they are! 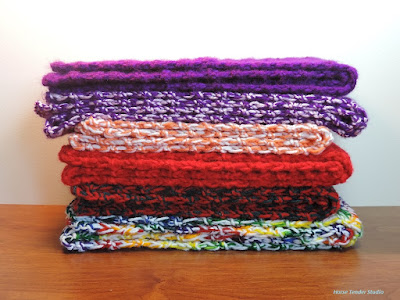 My first is a rainbow and white colored scarf.  I'll be keeping this one, since it's a bit sloppy - first time ever doing this and all that... 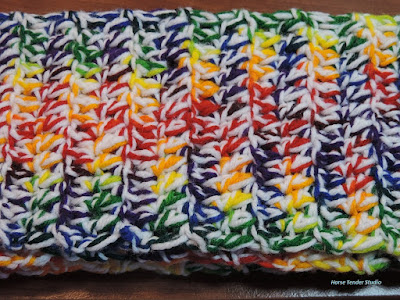 Next up is peach and white, or as Jeff dubbed it: the "orange creamsicle". 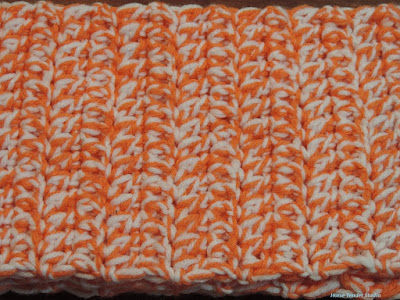 Then I made my first solid-colored one and it is a favorite for two reasons.  One: it really shows off the crochet rows.  Two: it was made from very soft yarn. 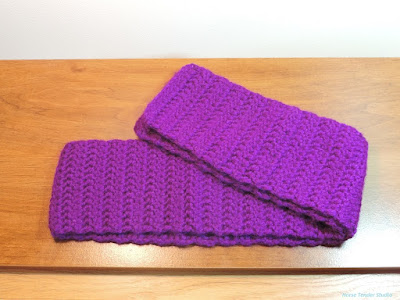 After that, I mixed the soft purple with a soft light pink yarn for another soft scarf. 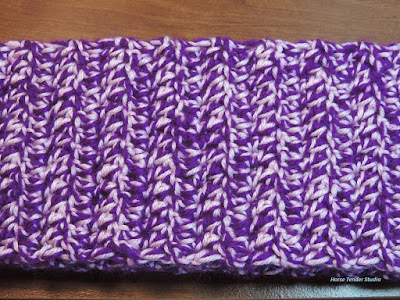 This one is actually two different shades of red yarn, one a bit brighter than the other. 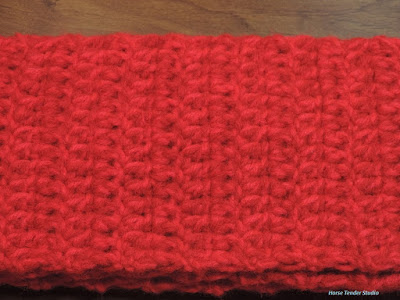 For my last one I did red and green.  I was worried it might look too "Christmas-y", but I think the colors work well together - a bright red and dark green. 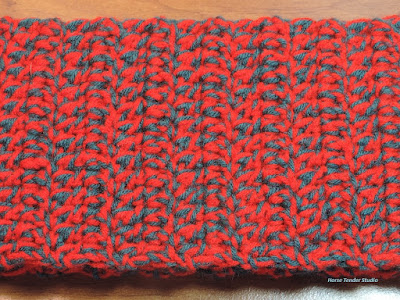 Today I officially finished them all, by tucking in the ends.

Tomorrow I'll be dropping them off to the person collecting the donations.  I hope they will be enjoyed by the residents of the nursing home. 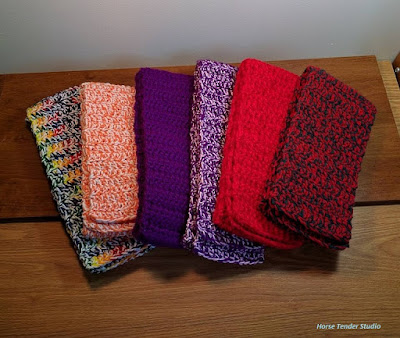 This brings the 2016 Great Crochet Craziness Marathon to an end and that's probably a good thing.  I'm behind on a lot of other things now and I think my hands can use the break!

Though I have already started one more scarf, for my Granny.