Yesterday I decided that my first act of war in countering Resistance was to begin to tackle the epic mess in the studio.

I thought I'd start on my desk first, since that is where most of the creative work takes place.  Here's a picture after said battle was well under way. 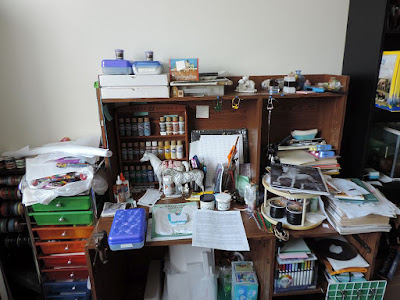 I've had the loose idea for a little while now to try and organize supplies by project or purpose.  I've done a bit of that with the drawer units I have on my shelves.  However, I decided yesterday that it'd be nice to be able to store project bits and references together.

My eyes fell upon my "rainbow drawers".  I added two of these 10 drawer units to the studio shortly before our big move.  So far they've been storing some random things, thought I did sort of already start the project storage idea by putting the Rio Rondo saddle in a drawer.  During the move though, things got chaotic as I basically stuffed every drawer full to minimize what the movers had to pack - they just wrapped of each unit of drawers as one piece.

I wrote down a list of possible contents for each drawer and then stuck some quick, temporary labels on to decide what drawer might hold what. 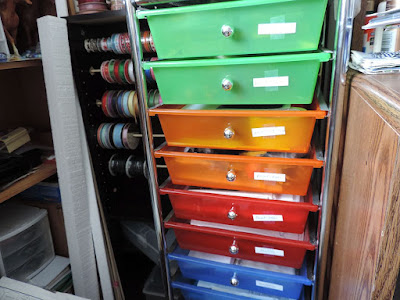 Closest to my desk, a couple of the "Project" drawers. 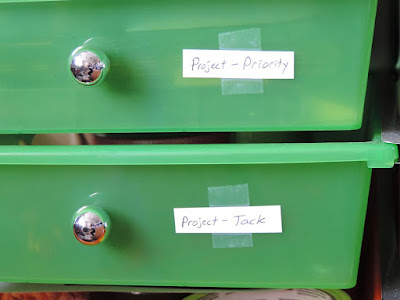 The top few drawers on the other unit. 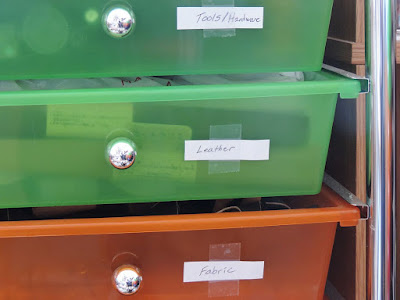 Feeling accomplished in my planning, it then occurred to me that there was a slight problem.  Two of the drawers are already stuffed with leather. 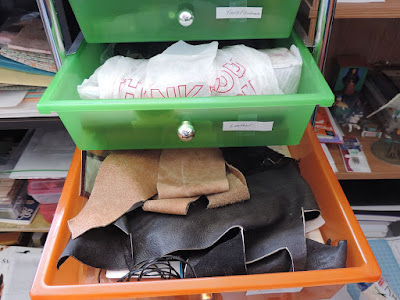 Plus, in the closet, lies this pile. 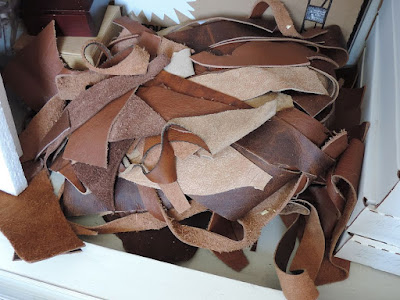 And of course these: the two tooling sides that I got from Tandy a while back. 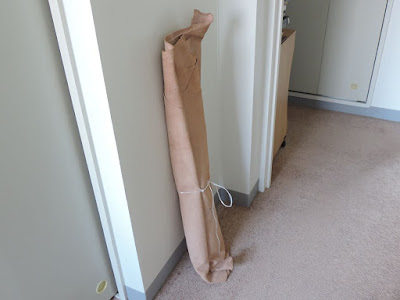 Okay, so my "Leather" will most certainly not fit in one drawer.  I'll have to think on that some more.

About this time, I noticed that the studio fish tank was looking dirty, so I decided to clean it.  That was the end of the day's battle.

The first skirmish was short-lived, but it's a start.