The Start of a Tack Project

A few days ago, I made a couple of origami boxes.  I've already found a fantastic use for more of them!

I'm pretty much done with my epic embroidery floss organization project.  Along the way, I decided that my next floss project would be to start making some tassels, with an eye on making some Arabian tack.

Over the last couple of days, I've been cranking out green tassels.  Last night it dawned on me that I could use a few of the little origami boxes to keep my tassels neat and organized! 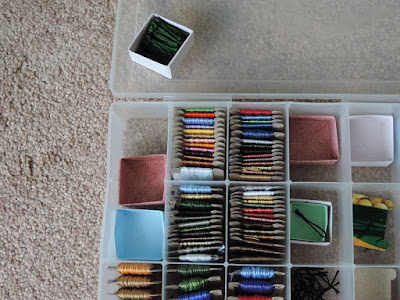 I found that three of the boxes fit perfectly in the long compartment of the bead/floss boxes.  (the size of paper to use, if anyone wants to try this, is a 4x4" piece of paper to start with for the box) 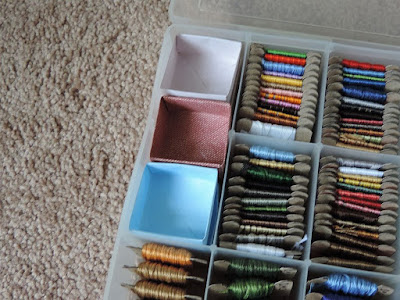 It also turns out that the tassels I've been making fit perfectly in the boxes, so that should keep them nice and tidy. 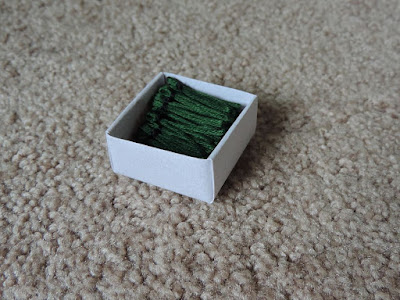 Here are several of the first tassels that I made.  I'm leaving them long for now, until I decide what length I want them to be for whichever project they end up being a part of. 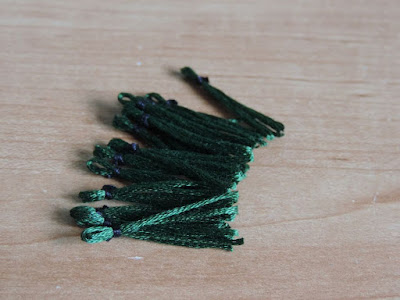 I started tying them off with another intact piece of floss, but - after doing a bunch of them - I decided that was just too bulky looking.  So I decided to unravel a piece of floss and just use one of the strands instead.  That looked MUCH better.


A closer look at the difference (with no distracting cat): 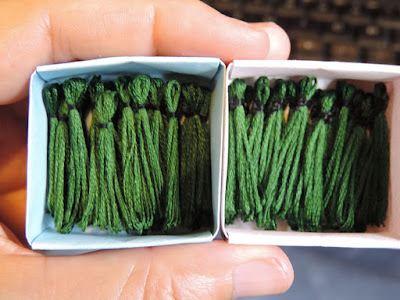 Of course I'd already made a bunch of tassels using a whole strand to tie them off...  but since I hate wasting stuff, I decided to redo them with the single strand.

I've now made a bunch more tassels, in brown and today I just started a batch in golden yellow.  I'm enjoying making them and that's probably a good thing since I'll need to make hundreds in order to actually build a costume. 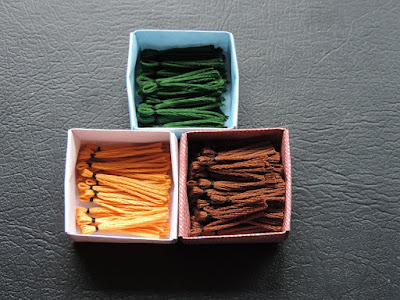 I've been doing a lot of research and pouring through my reference pictures, trying to decide where to start on making some model Arabian costumes.  Making an entire costume seems a bit daunting right now, so I've already decided that my first bit of Arabian tack will something a little more manageable.  I'm going to make a presentation set for this guy: 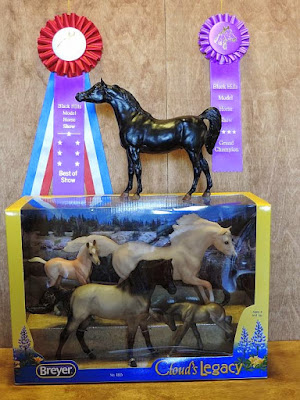 He is Darkness Falls, my little stallion who won the Overall Champion OF Breyer at the Black Hills Model Horse Show last year.  I'd say he's earned a piece of pretty Arabian tack.  ;)

How about the color?  My favorite color is royal blue and it looks great on a black horse.  I also like royal purple - it is so... "royal" and that would match with his show winnings.  I'm undecided at the moment between those two colors; I may use both of them.  I just made a few "test tassels" today to try and help me decide. 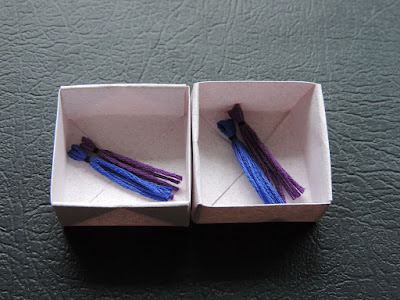 All along so far I've been using only two strands of floss (doubled over) in my tassels.  Here they are for a color test: 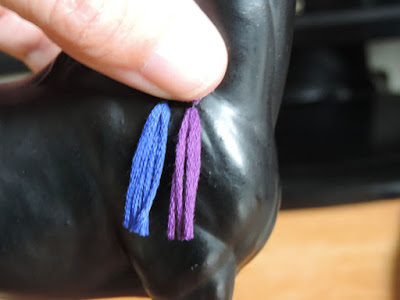 I did make one of each color in a slightly heavier, three strand (doubled) tassel as well. 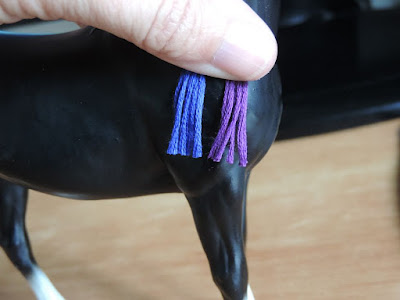 I think I like the two strand design the best on a classic scale model.  I'm still undecided on color(s), but I'm thinking an alternating blue and purple would be pretty.  It seems, in looking at reference pictures, that red is a very popular color for these presentation sets, but I have seen a few in royal blue as well.  I'll probably just keep cranking out tassels in various colors while I deliberate.  ;)

Oh and to be fair, the horse modeling the tassels is not Darkness Falls; my little Champion is still safely packed away.  Many big stars have a stand-in (haha) and here is his for these pictures. 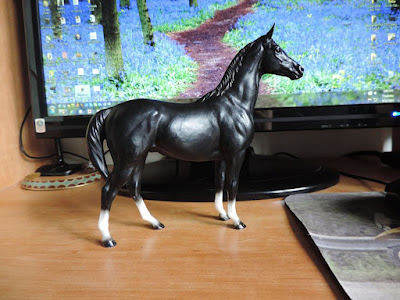 I'm excited to be working on this new project and as soon as I make a final decision on a color, I'll start work on the headstall and collar, in addition to making MOAR tassels.