Weeeelll, my hopes to keep up (better) with blogging have not gone so well so far.  The last couple of weeks in particular, I've been dealing with some heavy depression.  The thing that kicked it off was Jeff getting his orders for us to leave Japan..  in 6 months.  I really don't want to leave.

Of course I've known this was coming, since before we even got here, but him getting the orders suddenly made it "real".  So that, coupled with several other things, got me into a rut and I've stayed there for the most part.  Not good news in the productive/creative department, though I have been working on some things.

Here's a summary of what went on in January!


First, back in December, I got us a dog!  His name is Joey, he is a 2-1/2 year old yellow Lab, and he is the goodest boy.  It's been quite a while since we had a young, energetic dog.

We've been going on snowy walks... 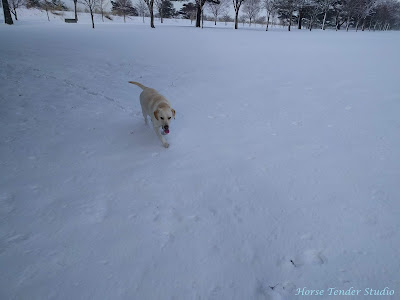 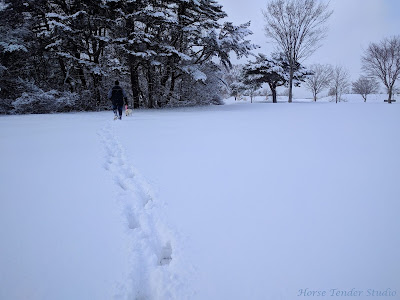 ...and lots of snowy walks. 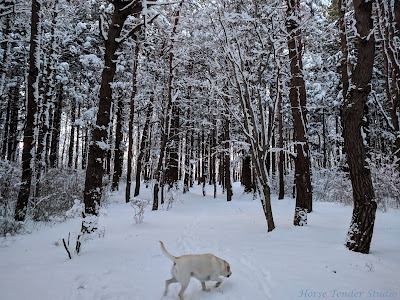 On the way back, Joey sleeps in the car. 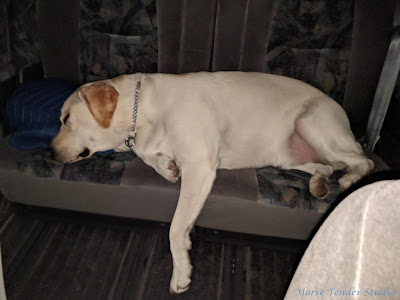 Jeff and I went on another snowy adventure, up to the Hakkoda mountains, not far from here.

This is one of the roads up there: 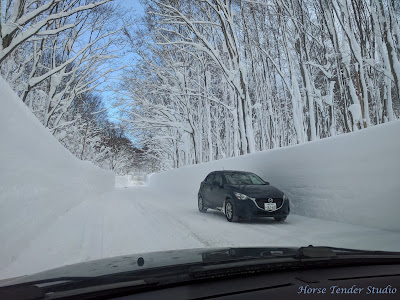 We rode the Ropeway (cable car) up to the summit of Mt. Hakkoda, thinking we'd hike around on some of the trails up top. 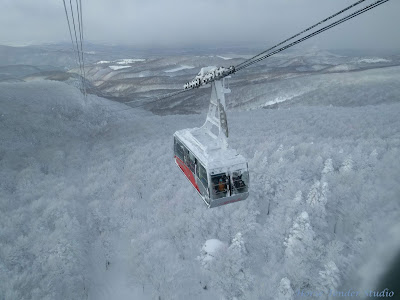 However, at the summit, it was what I imagine Antarctica to be like: complete whiteout conditions, HIGH wind, heavy snow, bitter cold.  Here's Jeff, looking over the snow covered, partially buried trail map. 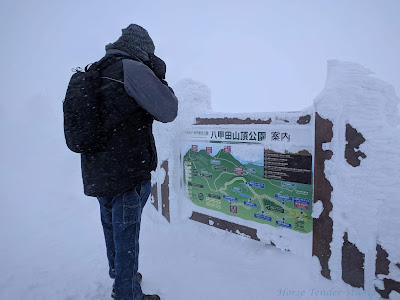 Below was as far as we could see and it's deceptively bright and clear in this picture (which my camera auto brightened).  In reality, we couple barely see the people here.  The trails were closed, we wouldn't have dared to set out in these conditions anyway.  In this picture, you can see some of the famed "snow monsters" - trees that get covered with so much snow that they form giant lumpy shapes.

When not out braving the snow (with and without Joey) I've been doing some gaming, sometimes with Tealight looking on. 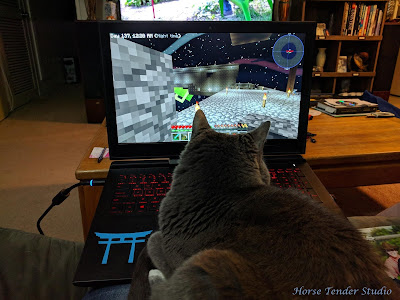 I've also been chipping away on not one, but two Arabian costume panel sets.  I'm not as crazy about this green and blue set as I thought I'd be when I made the pattern.  Though I figure that'll make it easier to part with if I ever actually turn it into a full costume. 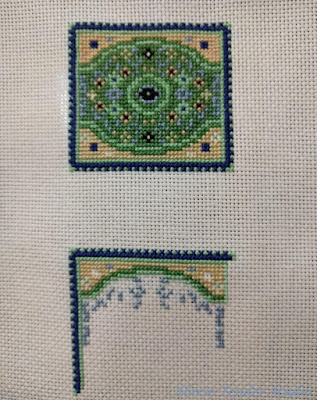 Next up on the creative department, I've finally started on my MEPSA Makeover horse for this year.  You may remember Rexy, last year's project.  This time around the mold is Lady Phase.  My goal is to make her into a race horse, in a full gallop, because, that's what I do.  haha

I haven't been documenting her progress as thoroughly as I did Rexy, but so far all I've done is a few chop and heat sessions. 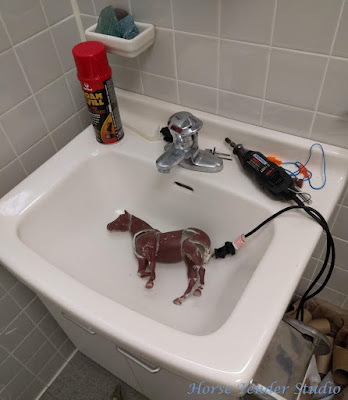 I pulled out my Visible Horse, who helped a bit in the creation of Rexy, to double check the bone structures inside.  One of our bathrooms is my chop shop, since I learned the smoke/fumes during dremeling sets off smoke alarms in the house.  Also it's probably a good idea to contain (and vent, via the exhaust fan) such fumes anyhow.  I do wear a respirator and safety glasses. 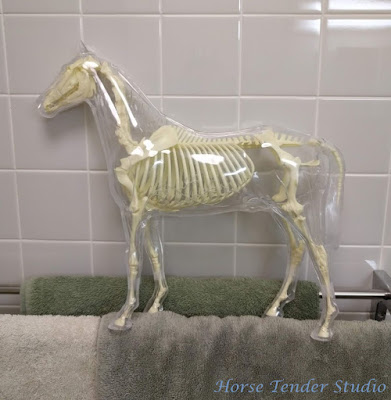 In the Happy Mail department, the latest medallion from the Mystery Medallion club arrived and she is beautiful! 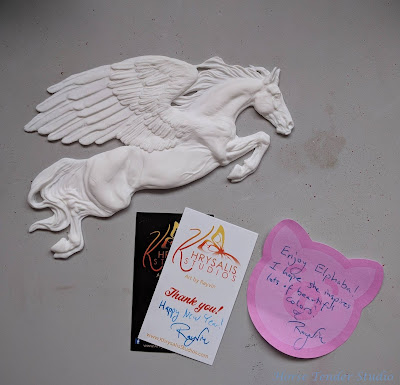 I've now got a pile of medallions building up.  Just recently I saw that The Jennifer Show will have medallion classes and I think this means I need to get some of mine painted!  Eventually...

On the NaMoPaiMo front, I've started prep on my project horse, but quickly became overwhelmed by how much prep she's going to need.  I really don't like prepping.  However, I'll be back to work on her later today or tomorrow.

I think that about wraps up the first month of 2019.

Posted by Horse Tender at 7:53 PM No comments: