(totally off track from crafting, but ah well...)

I've never considered myself a "gamer", despite having played World of Warcraft for 7 years now - off and on.  (mostly off the past couple of years)  I do still enjoy playing computer games, though I don't make as much time for them as I used to.  There are just too many other things I want to do!

I had heard of Minecraft and from what I'd seen, it looked interesting.  I was warned by friends who play it that it is addicting.  Jeff and I have steered clear of it because of that.  We both thought it looked like fun, but we were resisting...  It turns out that one of my husband's friends has his own Minecraft server.  We stopped by his house a couple of weeks ago and he was showing us around in the game.  Then he asked Jeff to stop by a couple of days ago and work on some programming.  Jeff bought the game and created an account while he was there.

Last night, after a session of AutoCAD for the laser, we logged onto Minecraft on my computer to check it out.  At first I had NO idea what I was doing.  I died a few times, running around in the dark, being chased by spiders and zombies.  Finally I found a beginner's tutorial online and then I started to get somewhere.

Jeff ended up having to tear me away from my computer last night.

Today, I played for a few hours.  It is fun!  Though I wouldn't have thought that a "simple" blocky game could be scary, now I'm hoping I won't have nightmares of "creepers" tonight!

I'm building an underground fort/castle/mine in the game.  Jeff pointed out earlier today that I'm playing on his account and he said it sounds like we might have to get the game for me too.  So I guess I'm actually building HIM a huge underground fort/castle/mine right now...  He'll have it a lot easier if he starts there rather than crashing through the woods in the dark like I did at first!

Enough of that...  for now.  I've got to get busy on more productive things!

Posted by Horse Tender at 8:11 PM No comments:

A Bit of Catch Up

The biggest piece of news is that my husband made it safely home, it is SO good to have him back!

(A rare picture of us.  Neither of us like having our picture taken, but this was real happiness.  I'm so glad that one of our friends captured this moment): 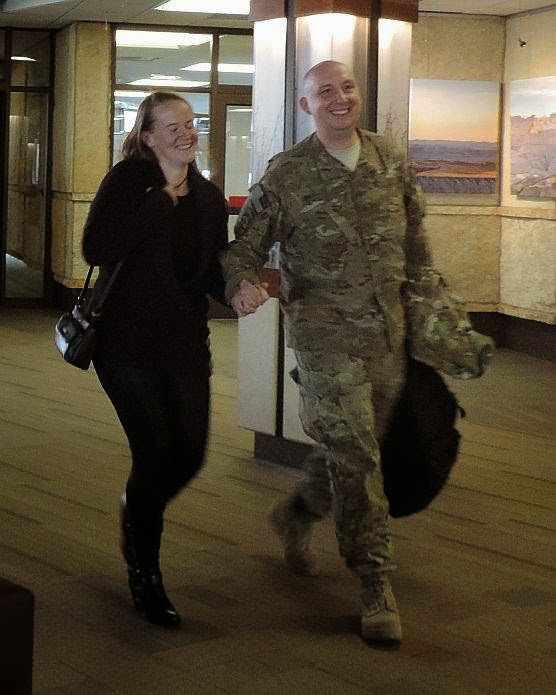 I have been busy around the house: crafting, and also getting the garden started.  Every year I start several seed trays a couple of months early.  These are brand new baby tomatoes!  The ones in this picture are all cherries.  They are started from seed I saved last year.  This is my 5th year using saved seeds: 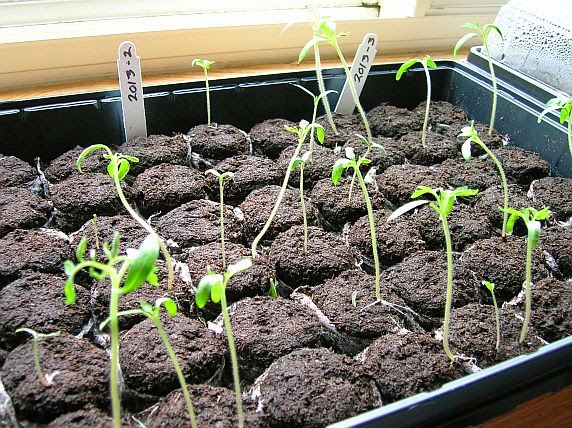 In the crafting department, I've been doing quite a bit of work on the epic stagecoach project.  I'll be writing (much more) on that later.  For now, here is a sneak peak of a piece of it that I've now completed.  It is the front axle and steering assembly: 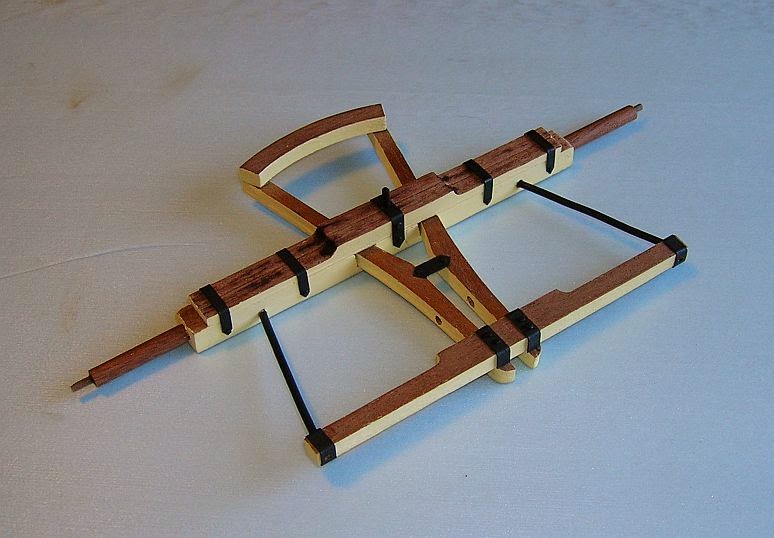 The end is in sight - well, as far as having a rolling chassis.  (which I've long considered the first major milestone)  I'm looking forward to that!

I've been trying to figure out what to make for the Fair this year.  Last year was my first time ever entering and my tatted Barbie wedding dress won first place and Best of Show in tatting!  I'm not sure how I could top that, but I have definitely been planning to enter again this year.  The problem was that the fair is in August and I had NO idea what to make.

After thinking it over and talking to my Granny recently, I've decided to make a tatted American flag.  This is another pattern than Granny gave me, it's another one she had made.  I believe she also entered it in a fair and won 1st place.  (same as the Barbie dress pattern I'd used - Granny has won lots of ribbons for her tatting!)

I started on the flag just a few days ago.  It looks like it will be a pretty good size, this is the width of the blue, but the blue part will be 3-1/2 times taller than what I have so far: 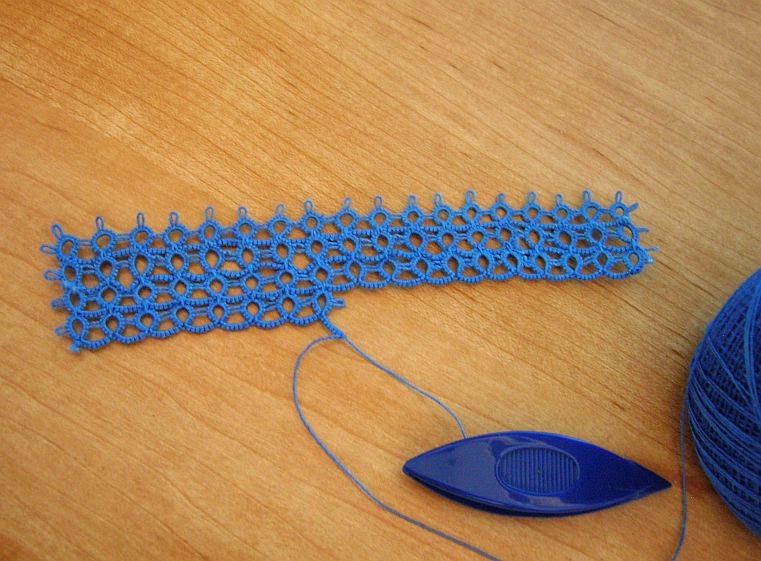 It dawned on me that, with my current project, there is a whole lot of blue going on!: 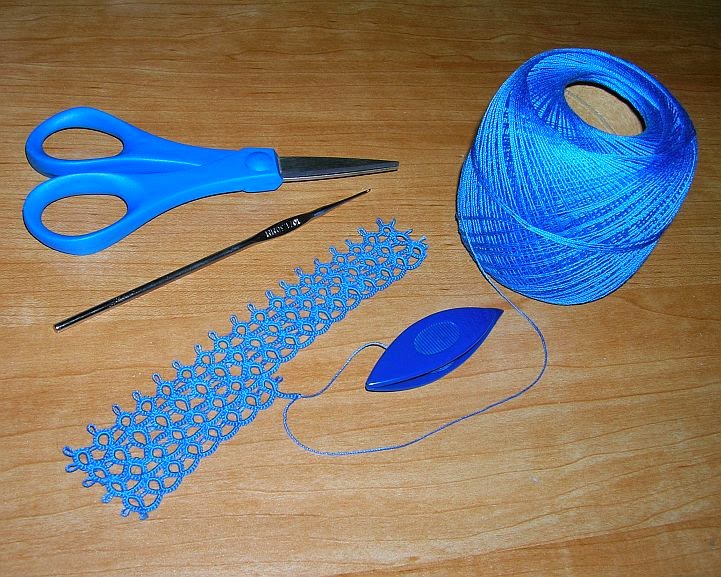 Blue is my favorite color, but I do have different colored scissors and tatting shuttles...  It just so happened I have all of the blue tools and thread going on right now.

My husband and I are also quietly working behind the scenes, working on getting our laser business up and running.  We did a bit of preliminary work online recently, setting up some accounts and checking in on ones I'd set up before (Etsy, ArtFire, e-mail, and the like).  We've also been working together with the software used to design things for the laser to cut or etch.  It's looking like an exciting year to come!

Posted by Horse Tender at 3:30 PM No comments: