Today we went and did some traveling around the bigger city about 45 minutes or so away, including our first trip to a big mall that everyone talks about.  We saw a ton of neat stuff in there, including a big 100 yen store...  that everyone talks about.  It is the same chain as the one we've been to before, so they had a lot of the same things, only a bigger selection.

I saw the same two clear stamp sets that I bought before, but they also had a third set that I didn't have yet.  I've got it now too! 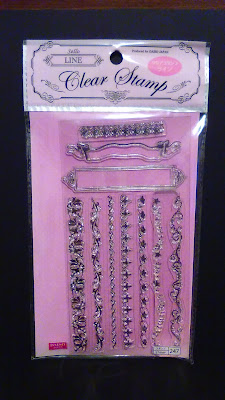 It's still amazing to me that these sets are only 100 yen.

All of these stores seen to have at least some paper punches, but this one had a BUNCH of them.  I ended up getting these two: 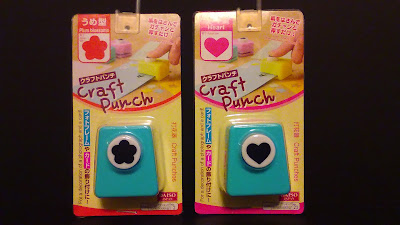 Another stop we made was at a "Super" version of a home store that we also have in our smaller local city. This store was much bigger and they had a lot of neat plants.  Jeff bought me another little bonsai tree; I fell in love with the blue pot and the beautiful MOSS growing in it, all around the little tree. 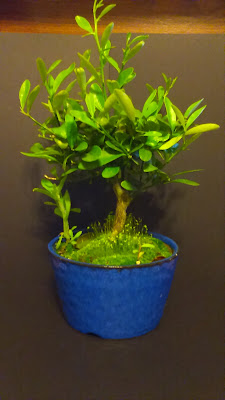 So now I have a little collection three bonsai trees.  This newest one is actually larger than the others.

It looks like it also needs some pruning.  I trimmed up my other blue pot tree and it made a world of difference.  The little one in the orange cup needs some attention, as does my new pretty little tree.  They are so neat!


Apologies for the crummy cell phone pictures in my last couple of posts...  Jeff has been tinkering with my laptop, putting in a new hard drive.  It should be all done now.  Hopefully I'll be able to take and upload some "real" pictures again in my next post.  ;)