I just realized that maybe an interesting way to document this move is to show my mobile studio set up in each new location along the way.  Surely that would be more fun than to read me go on and on about how painful this move is for me.  I think so...

Today was the day that we left our home for the last 4 years.  By that I mean the actual house we have lived in.  It's been a long, painful, process that really got going 3 weeks ago when the first round of movers came and took...  almost everything.  It was then that I set up the Closet Studio.

I did a bunch of medallion prep in the days to follow, a bit of painting, and got also got back to work on an overdue order for four leather halters - the last of a very large commission from a wonderful customer.  I've been making a wide variety of colorful halters for her, spread out over the last several months, then invoicing and sending them out a few at a time.

A few days ago, another round of movers came.  To prepare for them, I packed my two suitcases that I'll take on the flight - one intending to be clothes, the other horses and supplies (though several horses and supplies leaked over into the clothes bag...).  Once I made my final, final selections - to include a flat rate box full of things to mail to meet us in PA when we get there - the rest of what I'd hung onto went at that time.  This was the "express" shipment, which is supposed to reach its destination, our new location, much sooner than the three or four months that the main shipment will take.

More road bumps, a battle with the housing office, many tears, some stress, a side of rage later, and this afternoon we left our house to move into the TLF (temporary lodging facitilies).  It is basically a 2 bedroom apartment with everything that two people, a dog, and a cat, who are all living out of a few suitcases, could ever need.

Shortly after we hauled our belongings, groceries, pets and their paraphernalia in, we started unpacking for the 10 days or so that we'll call this place home, before we fly out.

This led to me asking Jeff if he wanted to put anything in the other bedroom.  No?  Okay, well here's my Hotel Room Studio: 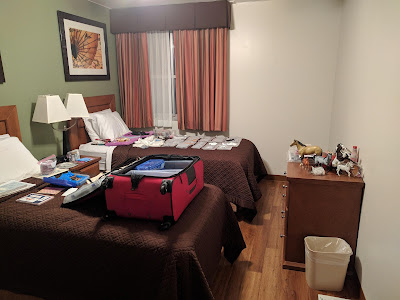 This is the "horse bag" with the awesome two tote setup that I had discovered after buying these bags for BreyerWest two years ago. 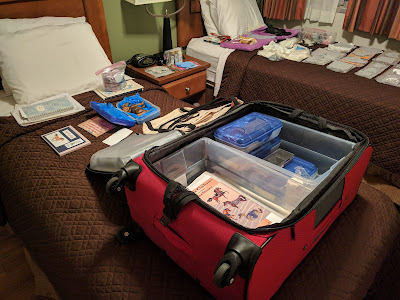 I've had it packed with horses and medallions on the left, pencil cases full of projects and supplies on the right.  In the "test run" from the house to here, everything survived with no damage.  Hopefully the flights will have the same outcome. 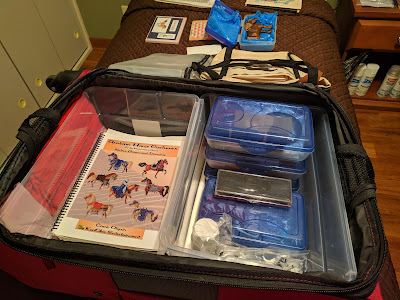 "Bom" (Chewie) getting some air from his personal pencil case.  He fits in there perfectly, it's his own little armored box. 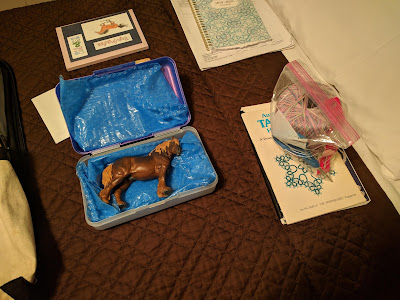 Antar and Wind In Her Hair, along with a selection of bodies that made the cut and stayed through the second round of movers. 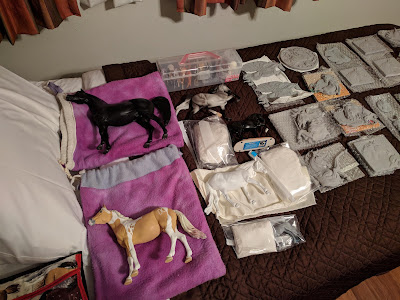 ALL my medallions.  They are all at least primed, most prepped, a few have basecoats started. 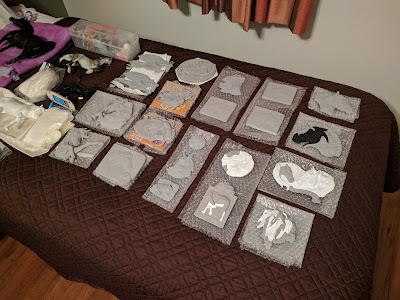 Reckless and his girls.  ;-)  Behind them are some parts of the STAGECOACH.  I decided to send most of that with the express shipment, but pulled out the parts and tools to finish the chassis.  That's my goal for September. 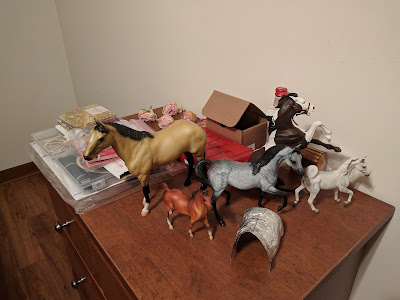 The nightstand has been reassigned as a painting supply station.  I sent all of my paints out in the flat rate box, bound for PA, except for black and white - for some more basic medallion base coating.  Been burning through the primer and I'm hoping to use up most of the rest of this before we leave here. 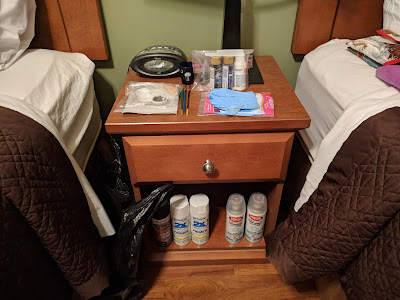 Finally, this is my actual work station, on the dining table.  Jeff and I have set out a shared work area again; he's editing videos from his r/c planes and drones over there on the other side while I work on tack tonight. 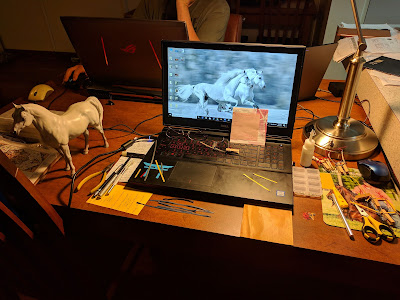 One more picture, my studio room for the last four years, empty. 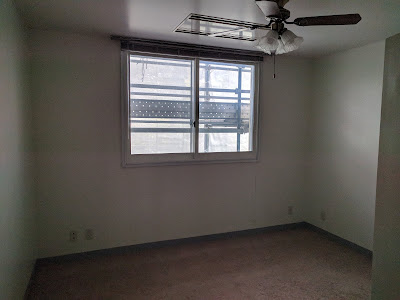 Farewell, Japan studio, I will miss you and especially the view of the huge cherry tree outside.  They have been doing a massive construction project on the building for the last month, so it is wrapped in scaffolding and netting.  I didn't get a last good look at "my" tree.