A couple of days ago I did Part One on some WWI horse items at the Wasta Museum.  Here is Part Two, featuring the three WWII German cavalry saddles.  There is glare in a lot of these pictures from the glass cases that they are in, but I still thought the pictures would be neat to share...


Here are all three saddles and gear together, as viewed from the second story balcony of the museum 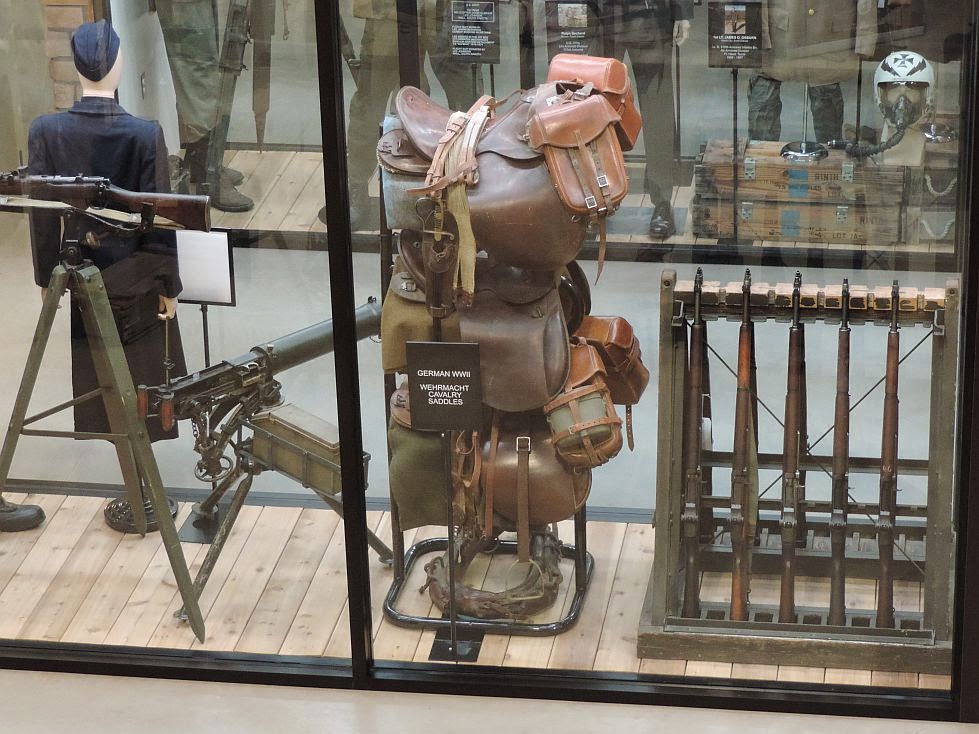 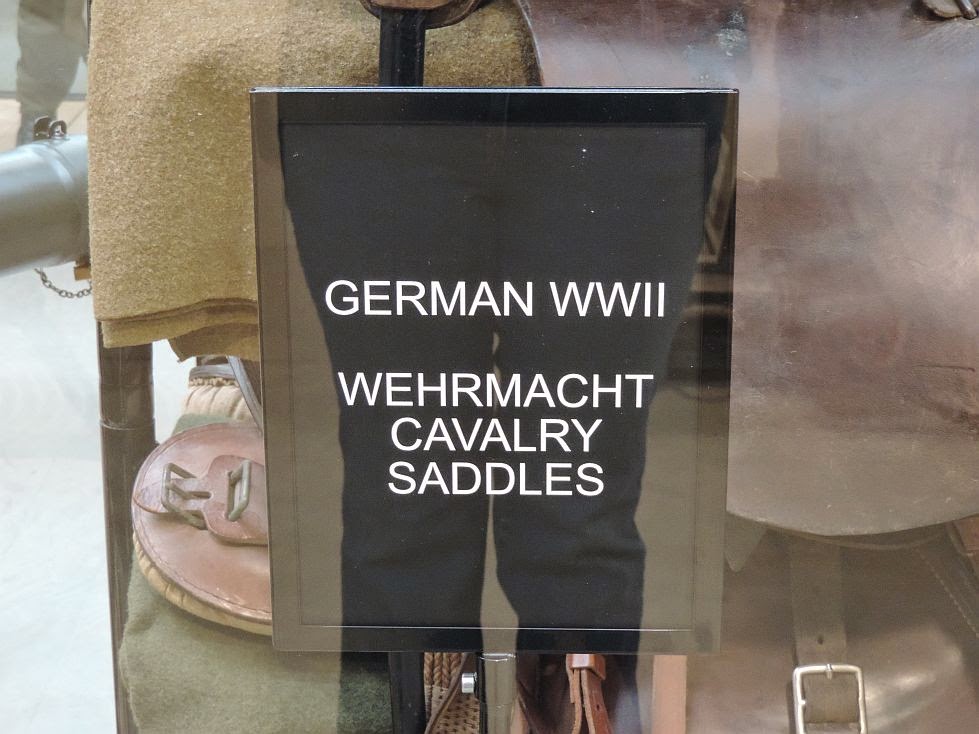 At first glance, they appear to be just English saddles, but there are some odd things to be seen on them... 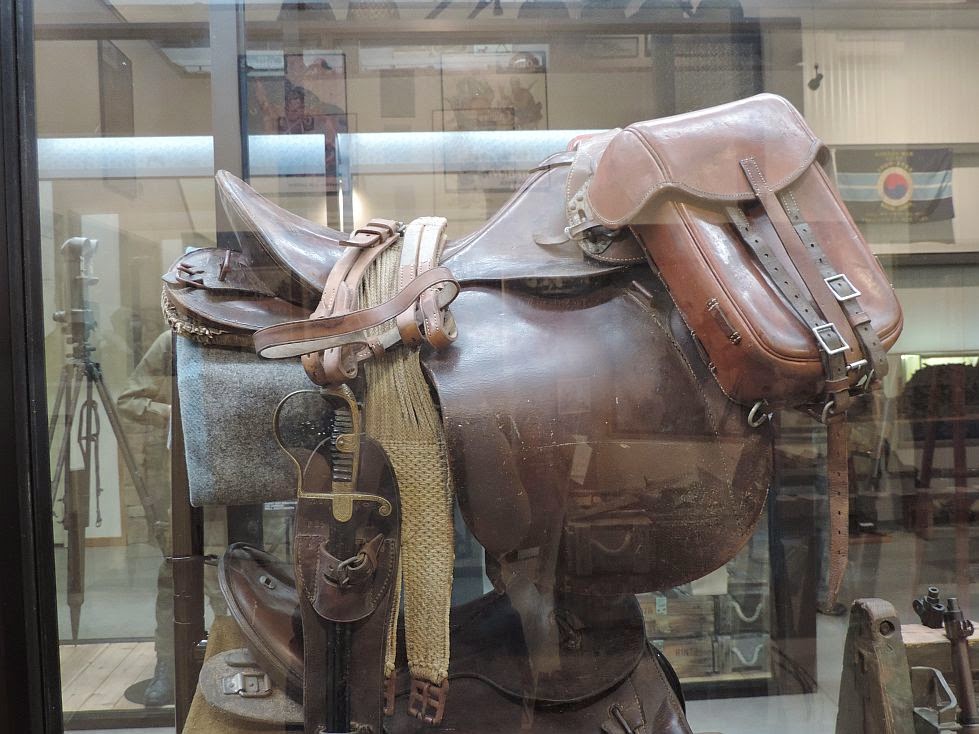 ... like for instance, they each have these panels that extend from under the cantle, with one sort or another of buckles or rings there. 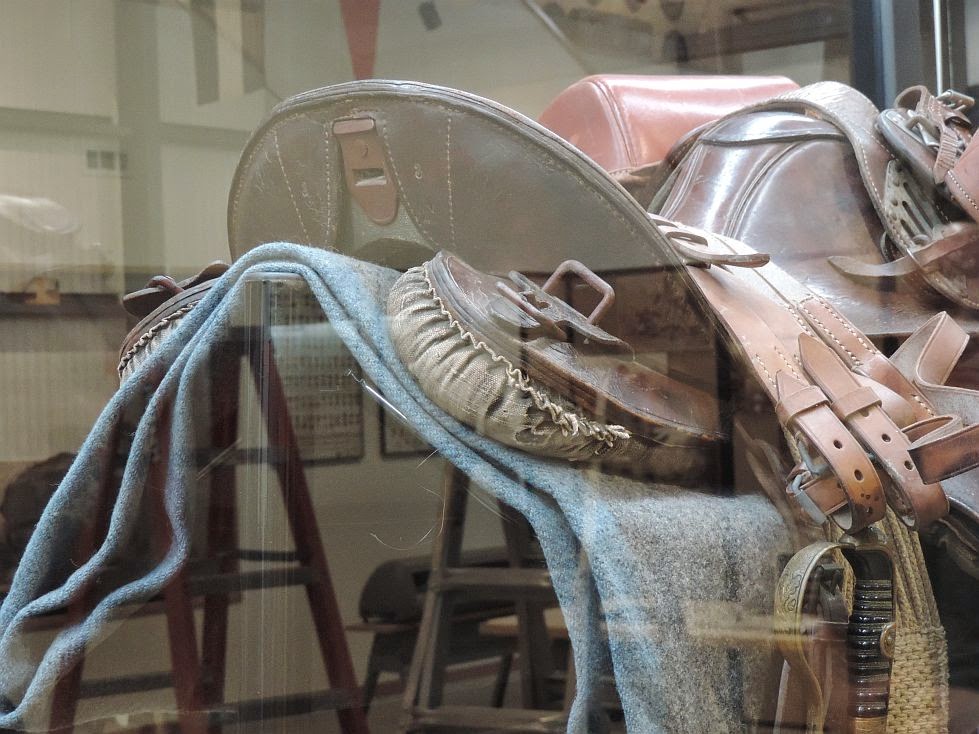 A side view of the back of the top saddle. 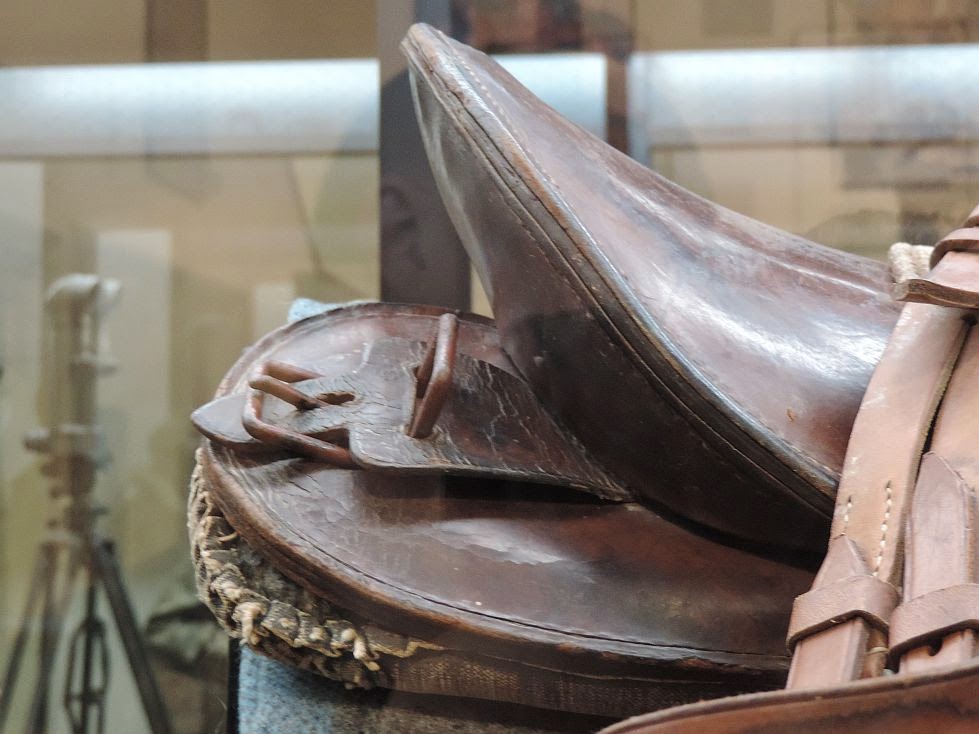 The saddle bags hanging on the front. 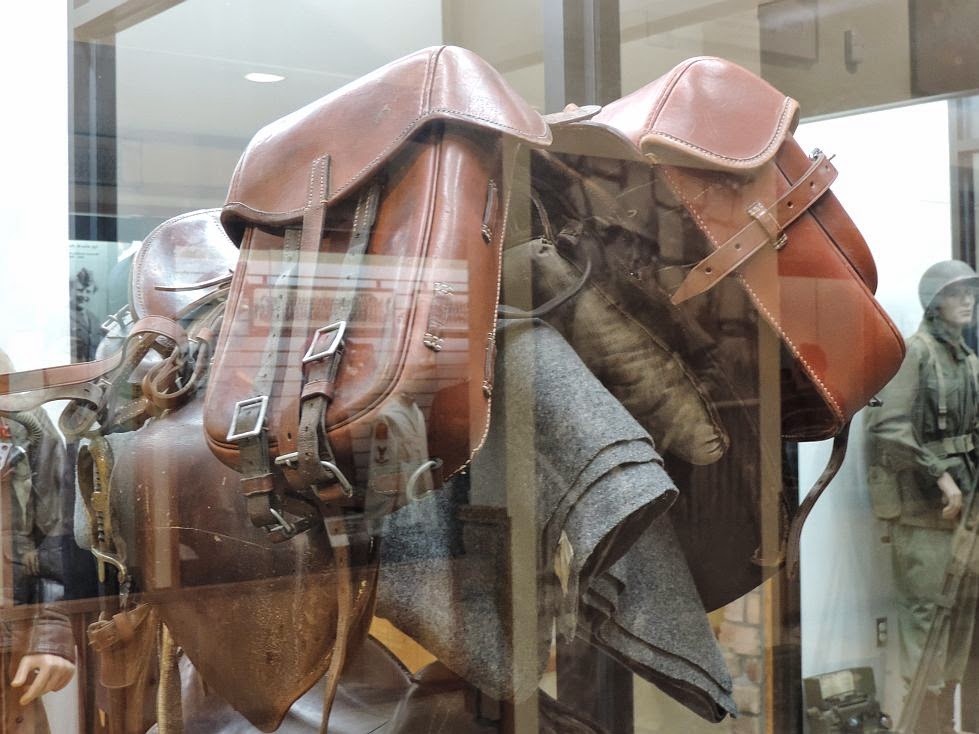 A couple of the saddles had these interesting metal plates on them, they appear to be adjustable. 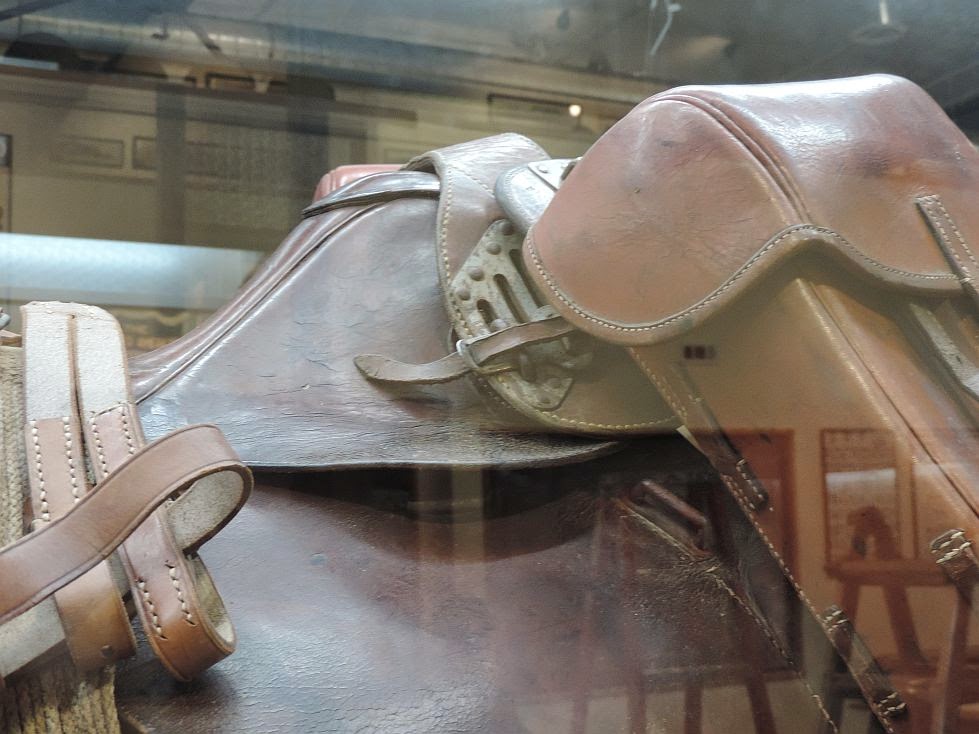 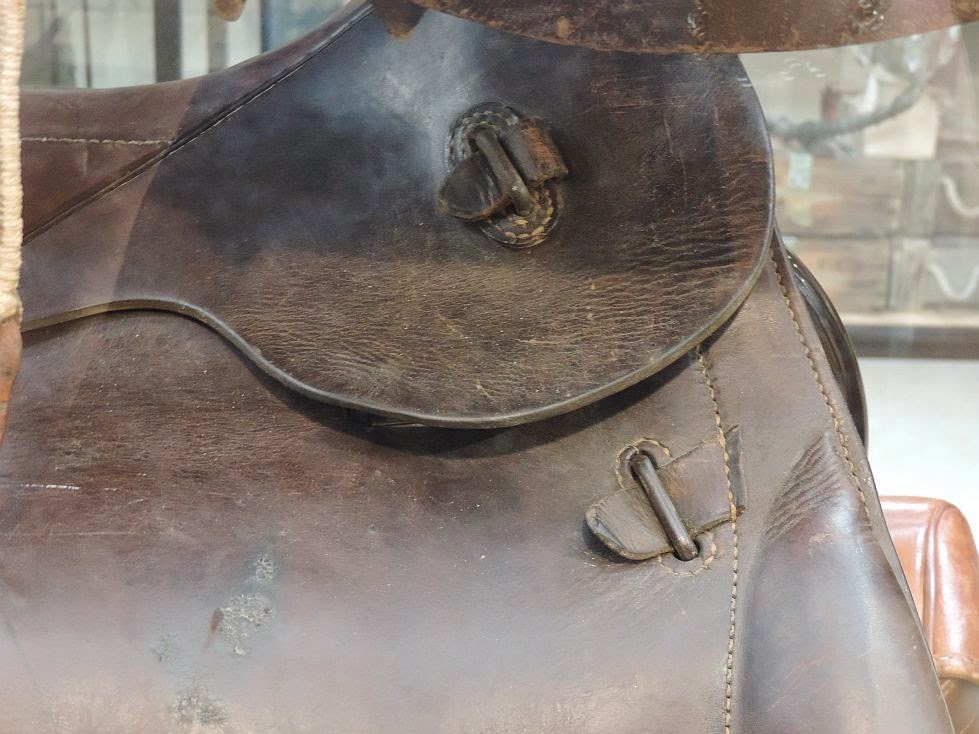 The back of the middle saddle.  It didn't have the buckles that the other two had under the cantle, but some sort of square ring there instead.  They all had the hole in the cantle, like seen on a McClellan.  Another place to attach stuff I'm supposing! 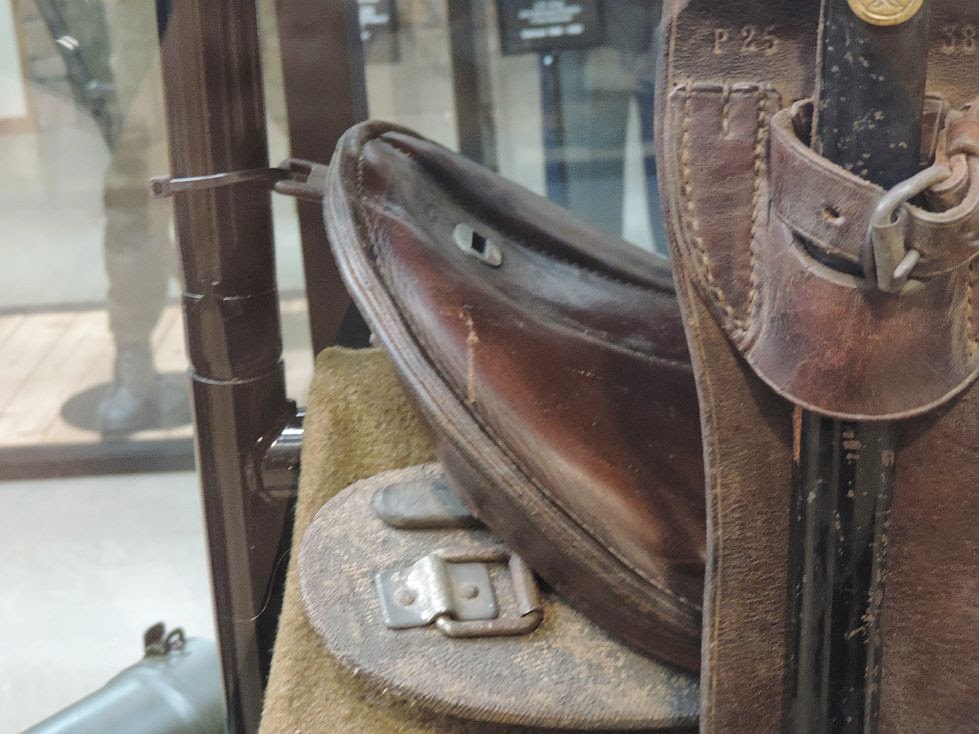 A front view of the middle saddle. 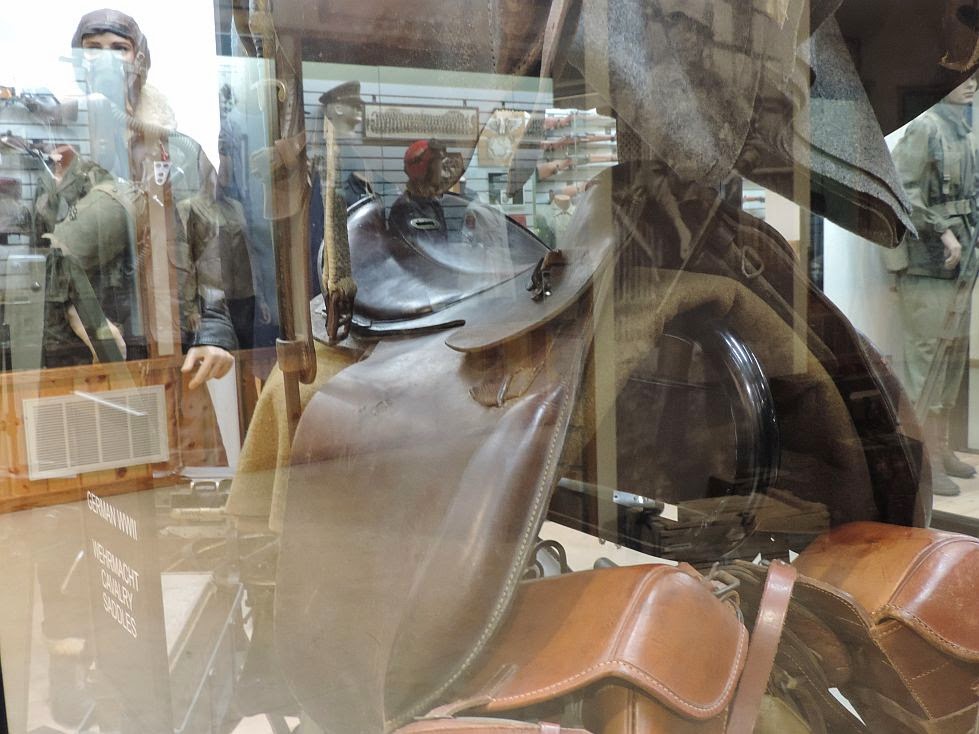 One of the stirrups hanging off the bottom saddle. 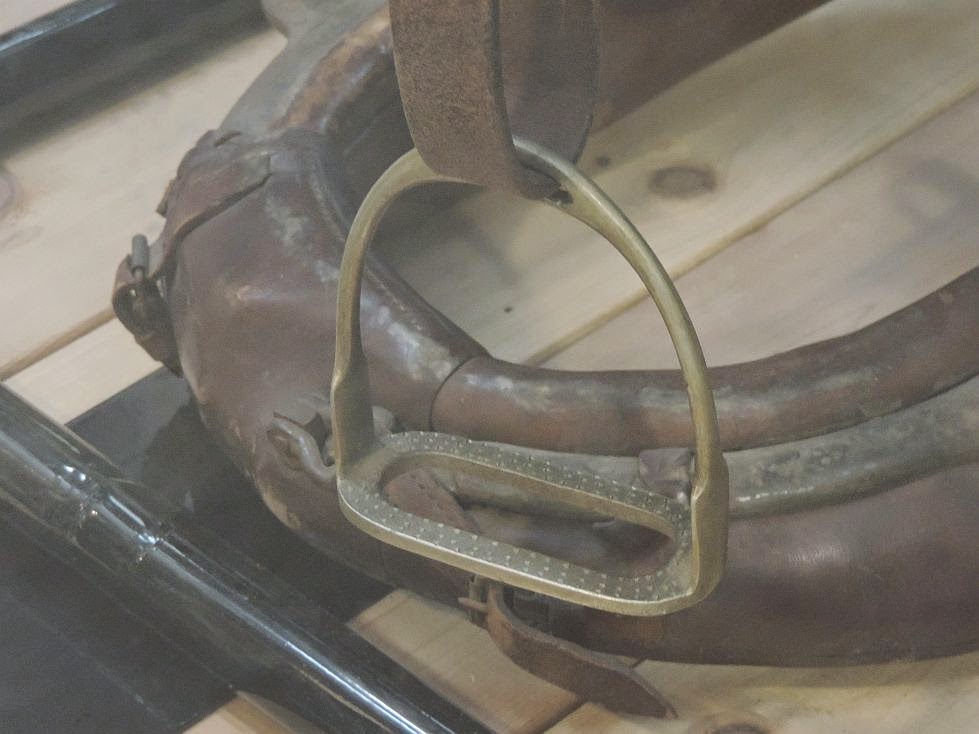 The back of the bottom saddle, with a canteen hooked on. 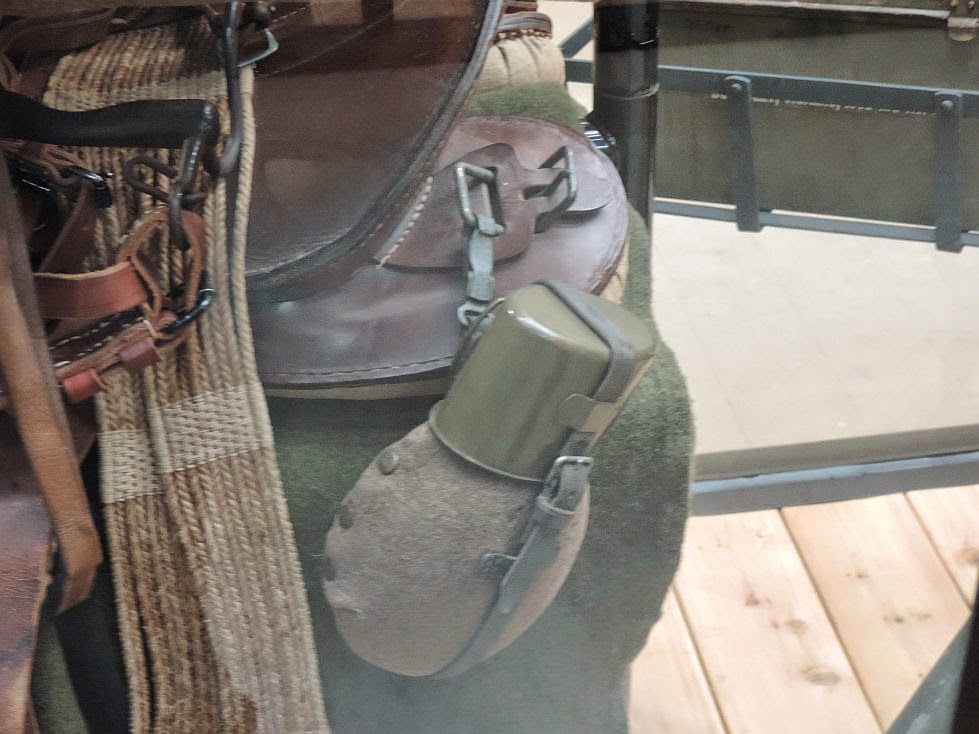 Another of those interesting metal plates under the saddlebags.  This was the bottom saddle. 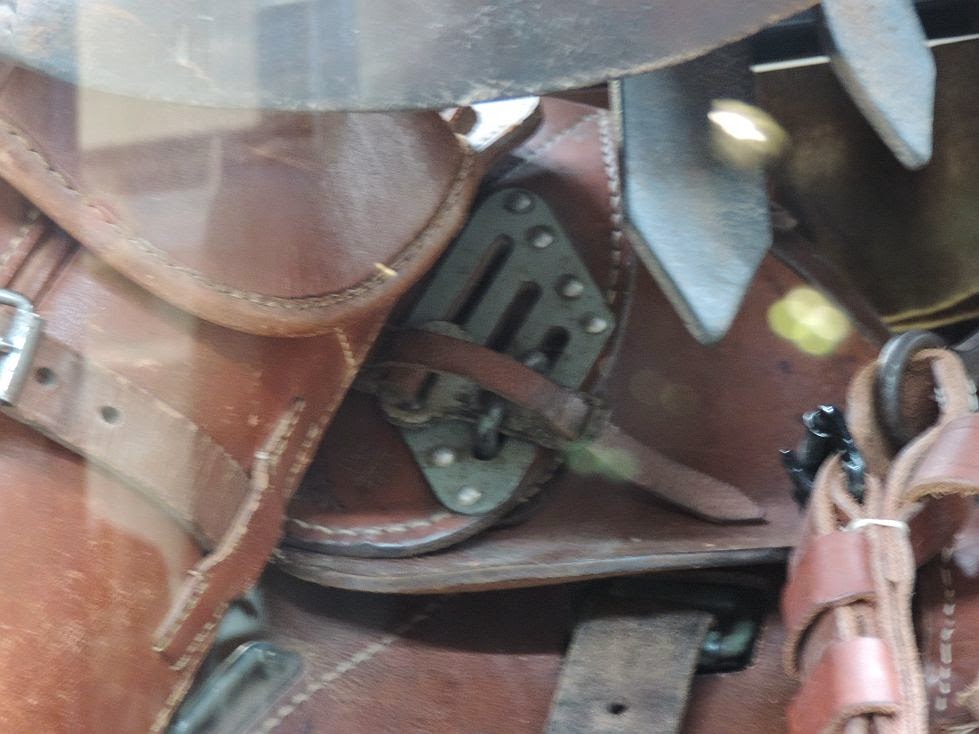 Another view of the saddlebags on the top saddle. 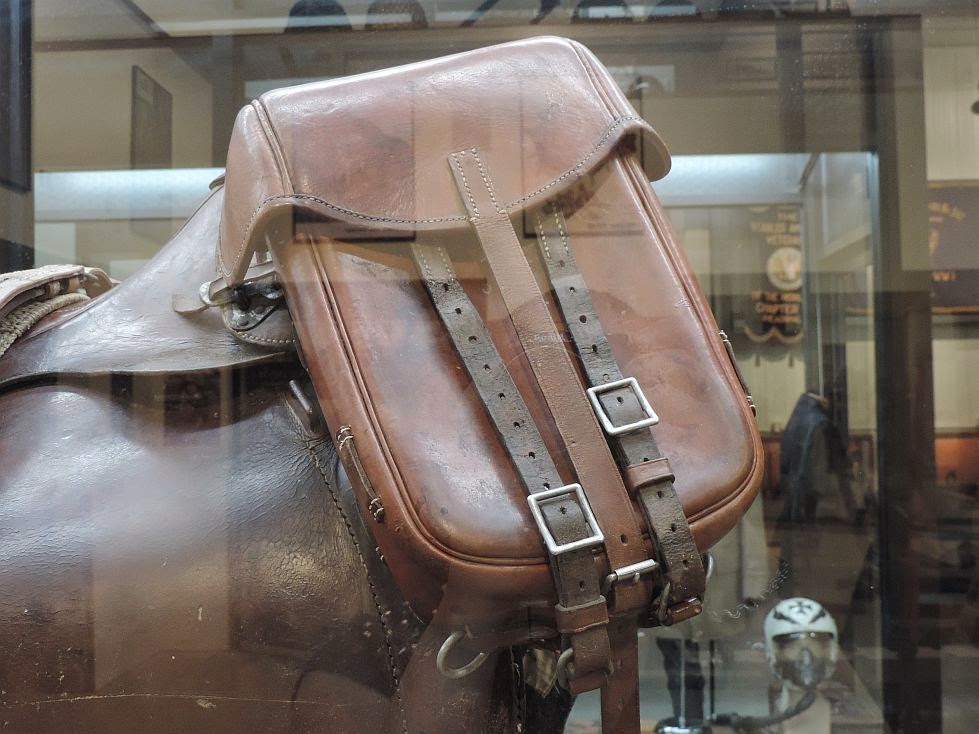 A look at the sabre hanging from the top saddle. 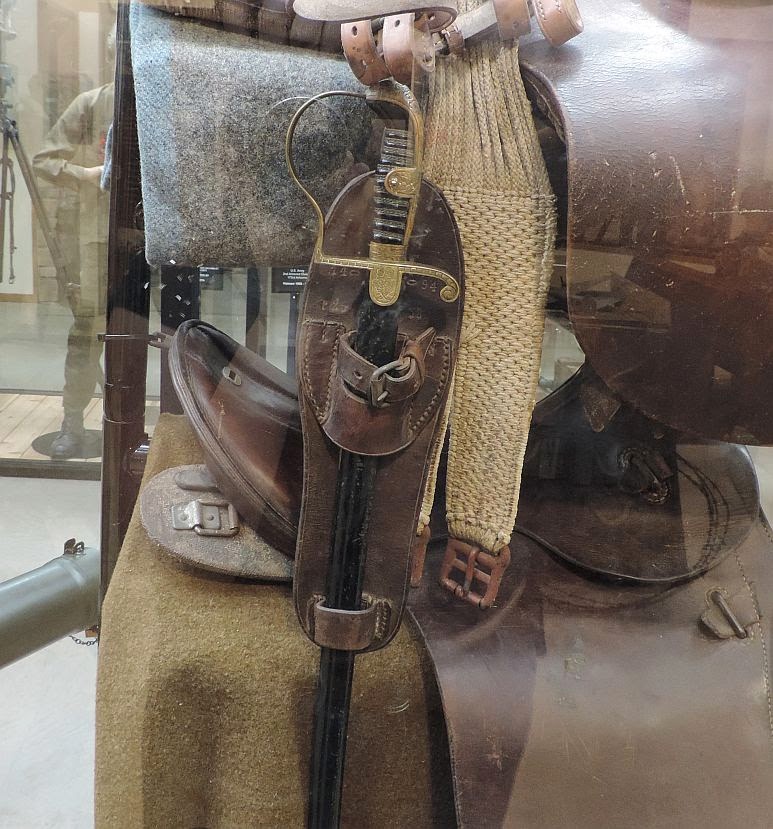 I saw two different girths and had to get pictures of them too. 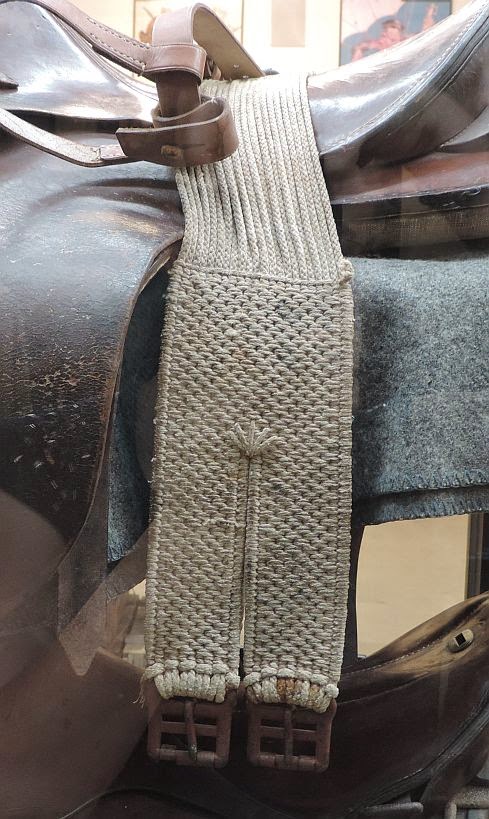 I thought they were both pretty, but especially the second one. 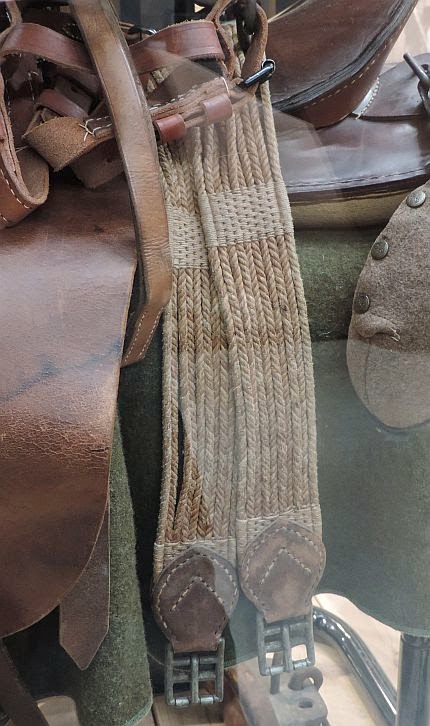 That's about it!  I hope you enjoyed a look at some old German cavalry saddles and gear.  I'm thinking it would be neat to try and make something like them once I'm (much) further along on my model horse tack making journey.  ;)