Yeah, this happened almost...  3 month ago, but: better late than never?  I had a GREAT time at BreyerWest and have been intending to share about it for a while now.


BreyerWest 2017 was March 24-26 in Albany, Oregon.  After my 30 hours of travel, over a 41 hour Wednesday, I spent Thursday trying to recover and making last minute arrangements for the show and Swap Meet.

The Open Show was on Friday, the 24th.

For me, the show started with a bit of a bang.  In the very first class I was in, OF Mini Arabian G1 Arabian, my little Denar won 2nd place and a NAN card.  Woot! 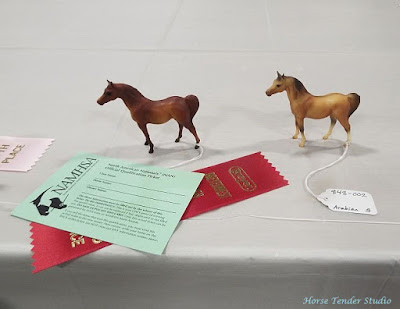 (Denar is a good little show horse, he's also been showing in MEPSA and is on his way to their Championship Show...  Well, a picture of him is on its way.)

Here was my half table.  Space was tighter than some shows I've been to, but I liked it because I was able to chat with my neighbors.  (says the Introvert - who has been suffering severe model horse withdrawal over the past couple of years). 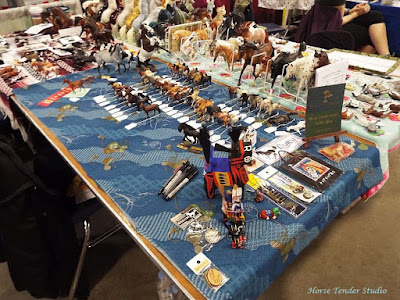 As a last minute idea, I had brought part of my Japanese horse items collection.  I set them all up on the end of the table. 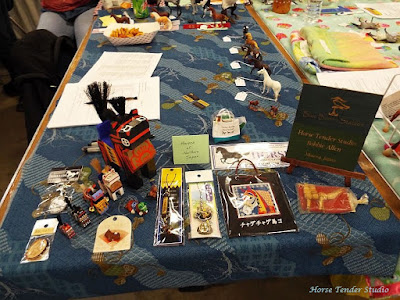 Included in my traveling collection was a range of the Hachinohe horses, from large (the largest I could bring anyway) down to tiny. 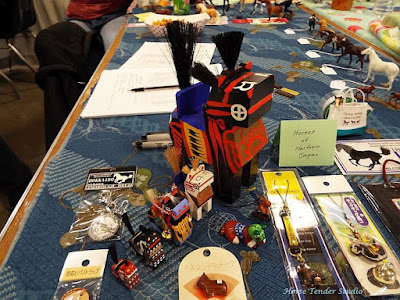 I had also made myself some little wooden sign cards on our laser, to say who I was.  (Side plug: These are available to order, I can make them in about any color, size, shape...) 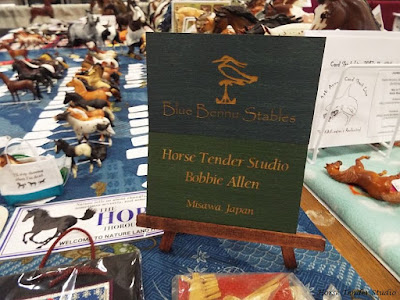 A first for this show, I used my phone for documentation.  I have a history of forgetting to use documentation and with the insanity of this whole trip, I had certainly forgotten it! 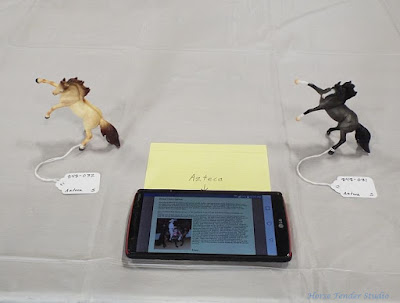 Here is the string of mini customs that I had brought to show: 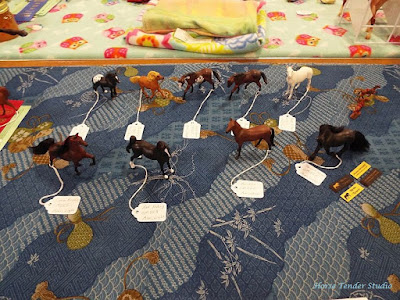 More phone documentation.  Below is Pepper.  I painted her and her sister, Salt, several years ago.  At the time I had it in mind for them to be British Spotted Ponies, but I hadn't used a specific reference photo.  At some point afterwards, I had come across something that led me to believe that they are only leopard patterned.  Well, dang.  However, for this show, when I brought up documentation on my phone, right on the home page for the Society was a pony with a blanket pattern.  Score!  Ha...

(There will be more about Pepper later on in this planned series of posts about BW.) 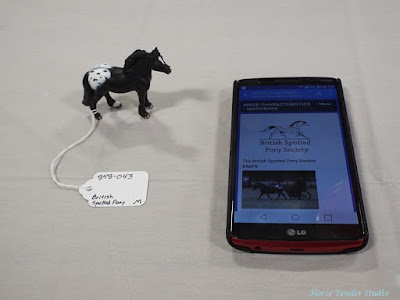 Moving on to the other horses in attendance, here are some of my favorites from the show!

Unfortunately I was tied to the OF Mini and then CM Mini tables, so I didn't get to see much of anything else.  I didn't get any pictures of the Performance classes, or the larger scales, outside of a few.  I did get pictures of every. single. custom. mini (I'm pretty sure).  However, I'm only going to share a few favorites here, in the interest of getting this post up before NEXT BreyerWest.

If you happen to see one of your horses here and/or know the artist, please let me know!  Also, if you'd rather I take the picture down for whatever reason, no worries, again just let me know. 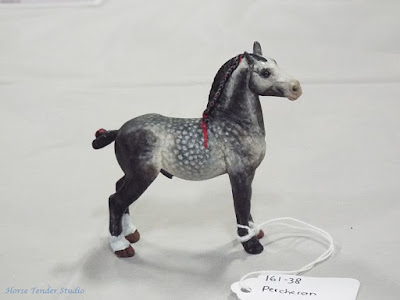 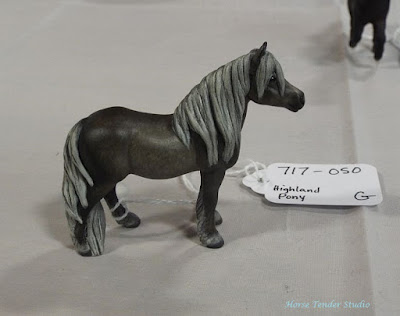 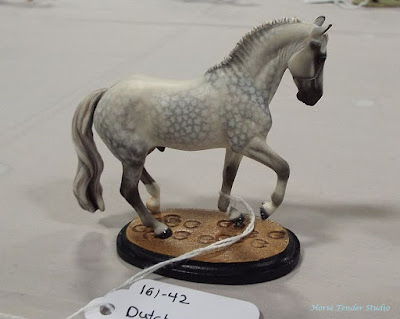 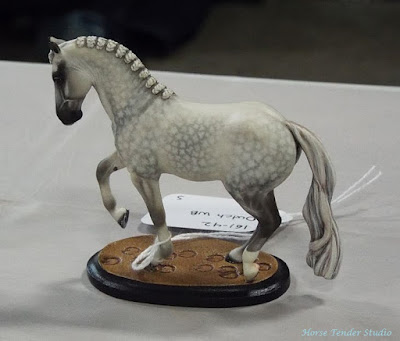 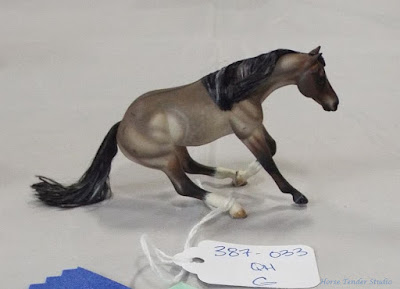 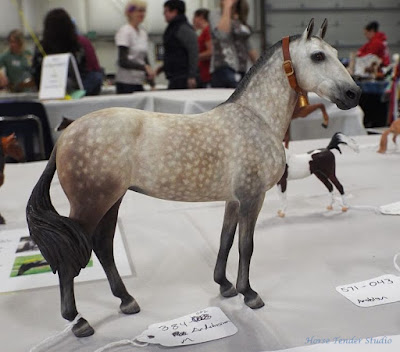 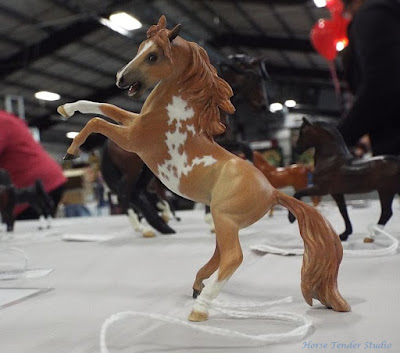 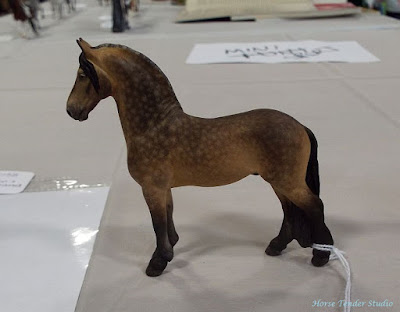 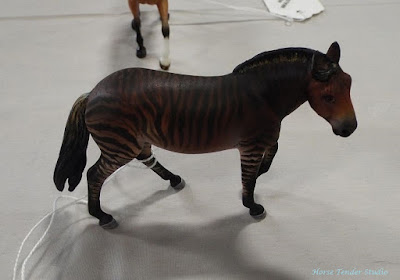 I was able to get pictures of some of the larger scale customs once the Workmanship classes started.

Here are a few of my favorites, from the handful I was able to catch: 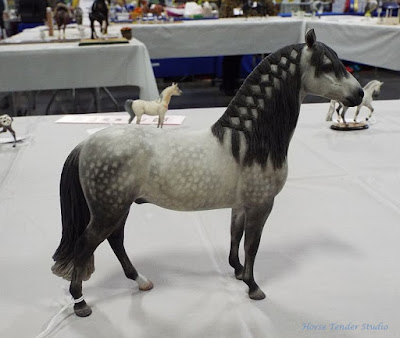 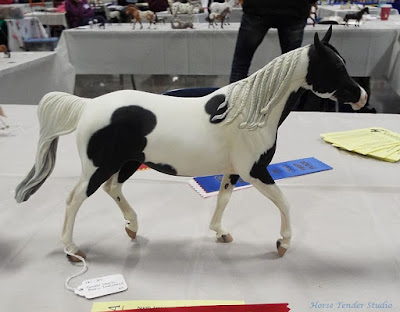 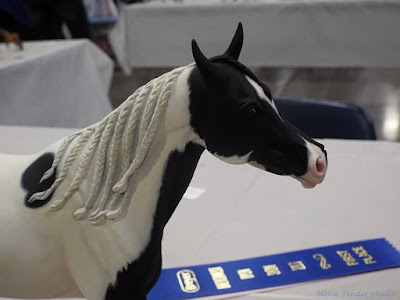 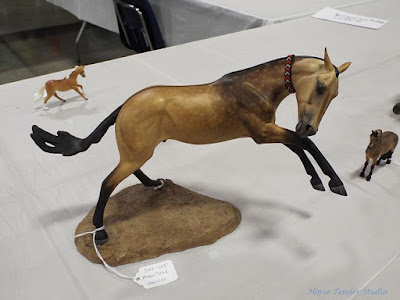 To recap my results...  they weren't that great, but it was still an incredible day and the custom divisions provided me with a TON of inspiration.

Heat of the Night, OF G1 Swaps: 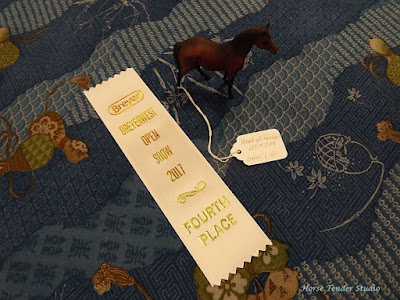 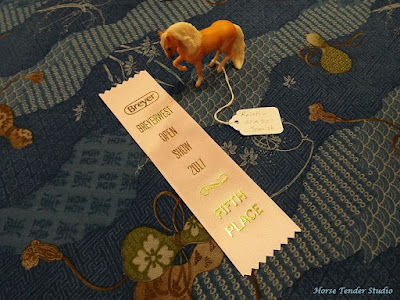 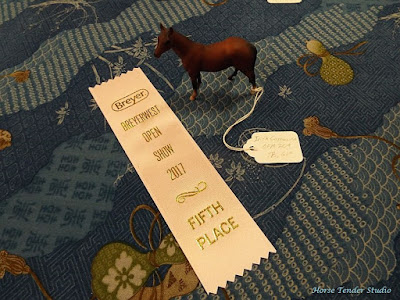 And my big winner - Denar, OF G1 Arabian stallion: 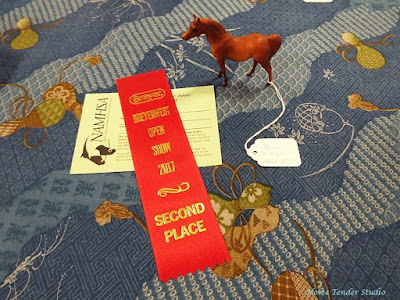 After a long day, and dealing with some wicked jet lag, it was finally time to check in to the room at The Phoenix! 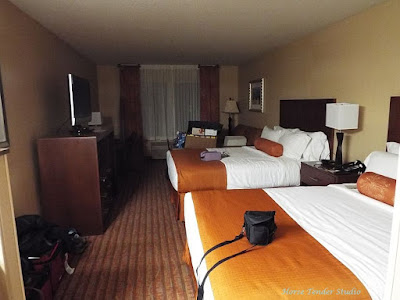 But there was to be no rest - oh no, not yet!  After the Open show was the Swap Meet!  And I had brought a bunch of goodies...