Yesterday I went to town on a shopping trip.  I stopped into Michael's, one of the big craft store chains, because I had seen in the paper that they were having a buy one get one free deal on rubber stamps.  (I do love stamping!)  I also had a 50% off coupon for any one item.

May I present, my new goodies!: 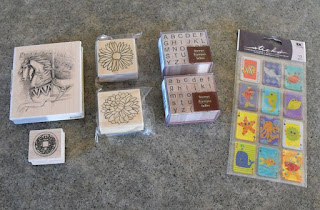 I first saw this carousel horse stamp quite a while ago and thought it was beautiful.  When I spotted it yesterday, I decided to use my 50% off coupon on it!  This one will be fun to play with and fun to color - so many possibilities!: 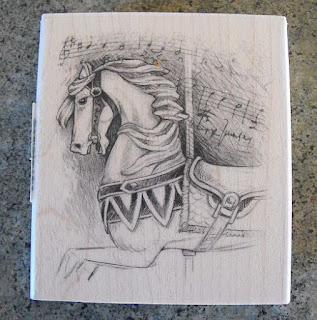 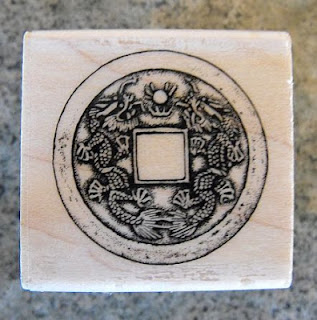 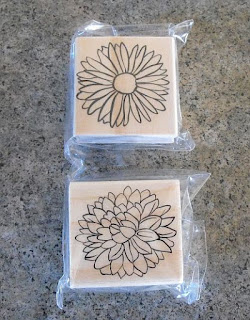 At times I've wished I had more stamps with messages on them - for holidays and certain occasions.  I have a couple sets of alphabet stamps, but they are more..  "cutesy".  I've been thinking lately that a good set of more formal alphabet stamps would be nice - to be able to stamp my own messages.  So I used the buy one get one free deal on these two: 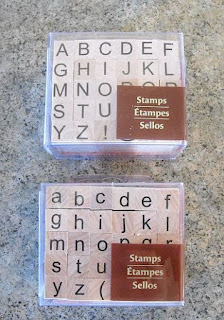 Last up, found in a clearance bin of stickers were these fishy playing card stickers.  They were marked down from $2.49 to 99 cents.  I thought they were too cute: 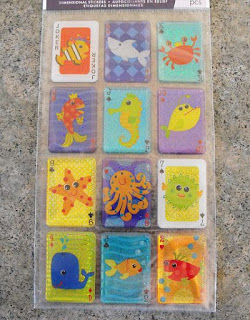 All together I found some good deals on some fun new supplies.  Best of all, I finally used a gift card I'd gotten last Christmas, so in the end I didn't pay anything out of pocket for these new finds!  Merry Christmas to me...  a year late, or a month early...  ha!

I hear the Studio calling my name.  I wonder what I can make with these new goodies.  :-D