Story behind the craft: Cross stitching

I thought it might be fun to do some posts on the stories behind some of the crafting that I do.  To start off, I'll talk about my history with cross stitching.  It is something I've done off and on for several years, but I've been really into it the past few months.

I first started cross stitching in 2005.  A friend and I started doing it as a way to pass some time while our husbands were deployed to Iraq.  I still have my very first little cross stitch project: 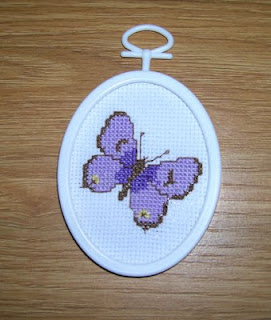 I stopping stitching for a few years, until 2008 when I found myself stuck on the couch for about a month after a severely sprained ankle.  I finished up a couple of old projects and then started a new one.  I still remember my husband and I at Hobby Lobby - me on crutches - when we found a really cool pattern of a beautiful horse head.  I was taken by how much it looked like Leah, my grey Arabian mare. 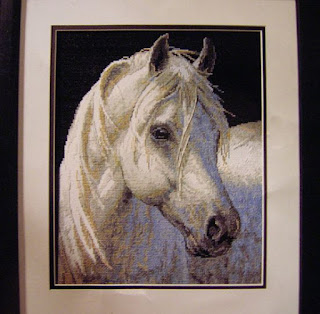 After my ankle was healed enough for me to be mobile again, I had another stitching hiatus until just this past April when one of my horses was badly injured.  It was Leah.  I wanted something to occupy my time and my husband suggested cross stitching.  I still had the large, started pattern that looked like her.  So I dusted off my cross stitching supplies and got back to work. 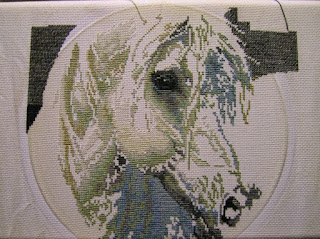 Along the way, I stumbled across people making cross stitch saddle pads for model horses.  I was highly intrigued by this and after some research, I decided to give it a try. 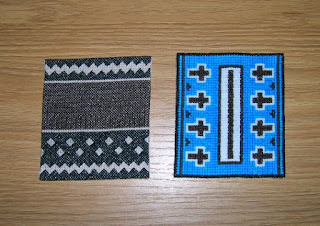 For the next several, I decided to do a "cutback" design, as they fit the models much better.  Here are the next 4 that I made (not finished yet, just cut out): 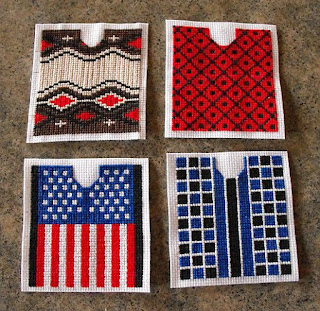 I've since made 5 others, that I don't have pictures of yet.  I'm now working on finishing all of them.  When they are finished, they have a white felt backing and look very similar to a full size, real horse saddle pad.

What I enjoy most about the saddle pads is my ability to make the patterns up myself.  Most have been based off of real saddle pad designs I've come across, but a few are completely original, made up as I went along, or drawn out before I started.

In discovering ATCs and Inchies, I began to wonder if I could cross stitch them as well!  Just yesterday, I began stitching a series of 4 Inchies.  When they are done, I'm going to experiment with some finishing options, either a felt backing, like the saddle pads, or by attaching them to a card backing.

My interest in cross stitching has really taken off in recent months, since I started playing around with designing my own patterns.  I think it's highly rewarding to not only stitch a pretty item, but to know that I came up with the design, from start to finish!