A certain chunky little guy made his way across the ocean to Japan two months ago. 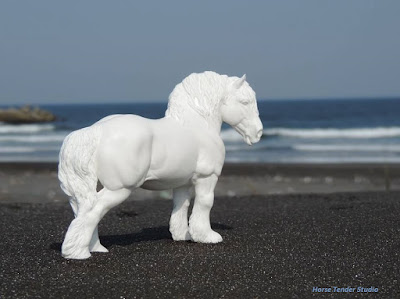 He is "Chewie", sculpted by Rayvin Brewer of Khrysalis Studios.

He wasted no time, going to the beach of the Pacific ocean, just a couple of days after his arrival. 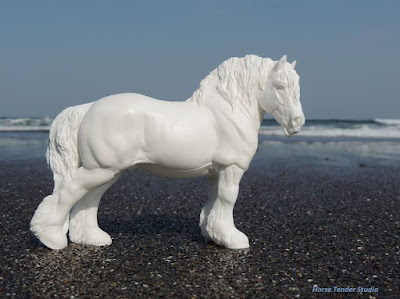 A couple of weeks ago, he traveled to Osorezan, a very sacred place. 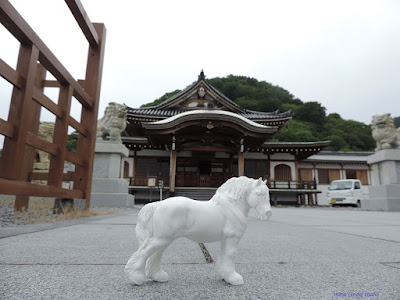 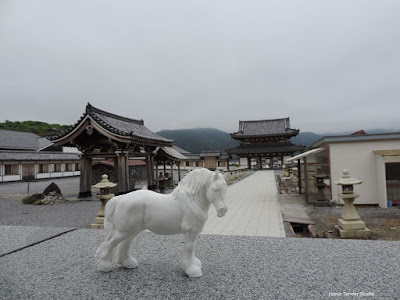 Osorezan is also known as the "Gates of Hell" and it is volcanically active.  There were many bubbling pools, strong smells, and steam vents in the area.

Chewie chose to pose by the lake, instead of one of the hot bubbling pools with the strong sulpher smell. 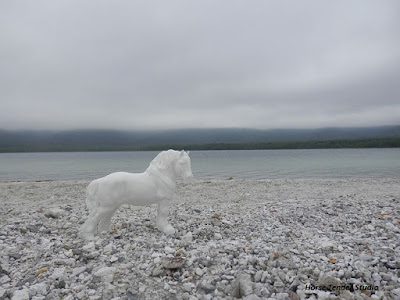 However, he did find a streak of sulpher in a stream that flows into the lake 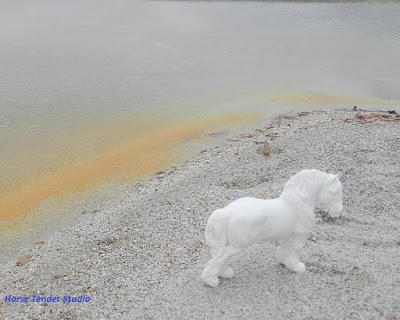 His next trip was to the "Strong Horse Iron Pull" event last weekend.

He watched the races.  "That looks like hard work..." 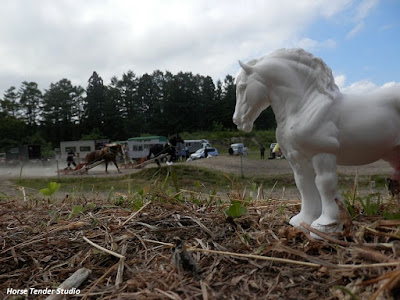 And he got a little closer to a horse that sort of resembled him in chunky stature.  (also wearing the same clothes he himself will most likely be wearing!) 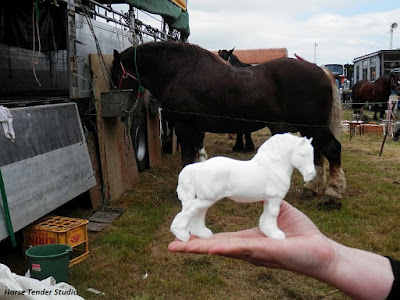 Just yesterday, he visited the "Jingle Jangle Horses" after their parade. 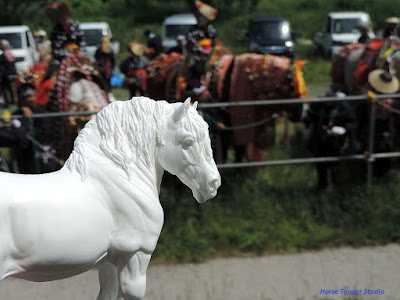 He really does look "naked" right now, compared to them in all of their elaborate costumes. 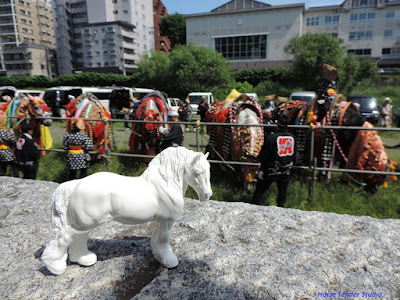 He had to get a closer look at all of the strange things they were wearing. 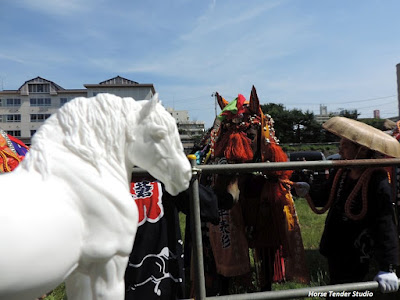 After a long day, there's nothing better than a rest in the shade. 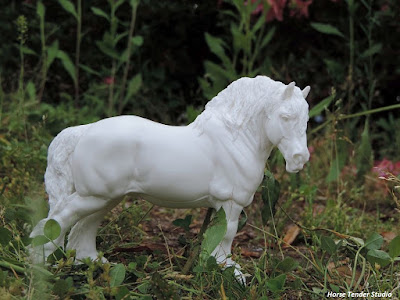 At both of the horse events, the pull and the parade, he was noticed and admired by Japanese horse people.  I offered him for them to look at.  He was passed around and inspected, with approving noises and smiles.  I wish I had pictures of that, hopefully I'll get the chance to get a picture of it during one of his next outings.

I'm sure little Chewie will have many more Japanese adventures to share in the future, one of which will be when he is painted!