During our time here in Japan, we've tried to check out MANY cultural events.  For New Year's we've done a few different things.

Our first New Year's here, we made the trek south to Sendai for their "Pageant of Starlight".  It was a truly magical sight: an entire city main street lined with towering trees, on either side and down the wide median in the middle, that were completely covered with tiny white lights.

In another year, we went to a large Shinto Shrine to bring in the New Year.  That year we also experienced what ended up being the national shopping day, similar to "Black Friday".

As this New Year approached, we had talked about what we should do this time.  We considered another trip to Sendai.  However, it is a long way away and, most notably, very expensive to go there on the toll road (the only real "interstate" type highway.  Neither of us were thinking we'd do that again.  We wanted to do something, but what?

I had an idea.

A couple of years ago, I came across the Japanese tradition of seeing the first sunrise of a New Year.

I'd already mentioned to Jeff that I'd like to go see a sunrise at the beach this winter.  It would be our last chance to catch a sunrise at a more reasonable time here.  During the summer, the sun is up by 4am.  Seriously.

So, I proposed that for our last New Year's here, we should go see the first sunrise.

Yesterday, we went to our friends' house and had a great time, eating, playing games, and laughing until our sides hurt.  We didn't come home until about 10.  Last night, admittedly, I was second guessing my idea of getting up early, in the dark and cold, to go stare at the horizon...

Here's what the sky looked like shortly after we arrived at the beach: 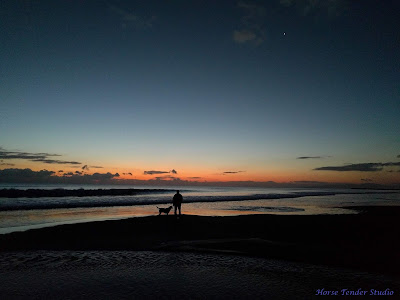 Interestingly, the colors faded and stayed that way for a little while.  I worried that we'd actually missed the sunrise? 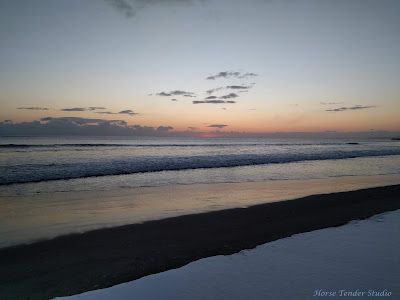 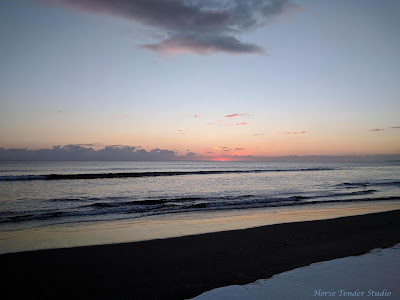 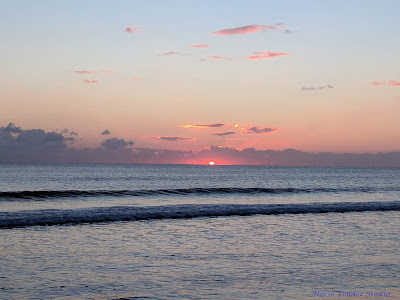 We watched as it moved behind a cloud, which seemed perfectly positioned.  As it neared the top, the cloud was so bright and we could see the rays spreading across the sky. 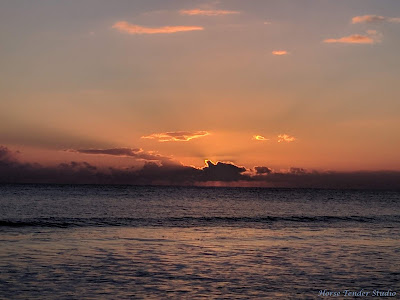 It's all the way up, too bright to look at now. 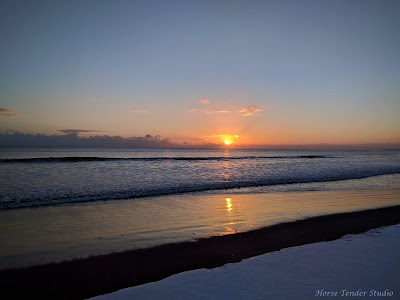 Time to head back up the beach. 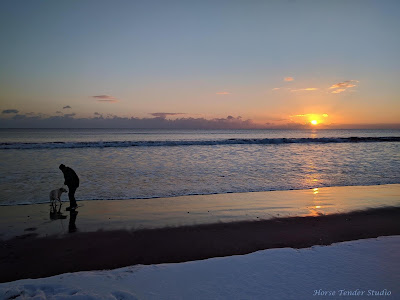 When we first arrived, one car had just beat us there.  On the walk back, Jeff said "look at all the cars!"  The section of beach where we and the other car had parked had turned into a parking lot.  We saw many people out to catch the first sunrise.

On the way home, I got a text from my friend Jennifer. 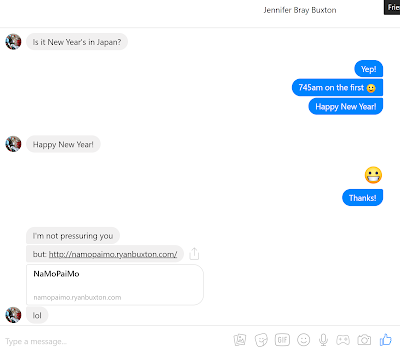 I had a good laugh at that.  Last year, I had messed around, asking where the signup page was, on January 1st, over here.  If you didn't know, we are a day ahead - a fact that I've had a lot of fun with at times.

As soon as we got home from the beach, I went to the studio to consider my options.

I hadn't actually narrowed down my choice of model or color -at all- but invigorated from just spending a couple of hours out at the beach, I thought it would be fitting to (finally) paint my Chincoteague Pony mare resin.  After all, it would be great to get some pictures of her here on the beach before we go... 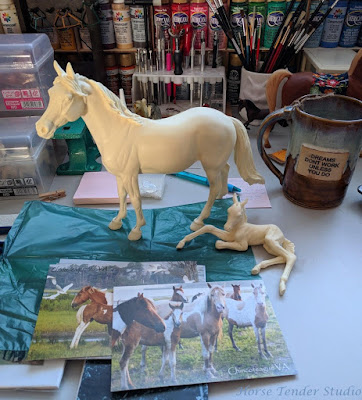 For color, I ended up choosing palomino tobiano, which is terrifying.  Not so much the tobiano part, I don't think... but the palomino bit.  Despite loving palominos and buckskins, I've always found them a massive challenge and very intimidating to paint. 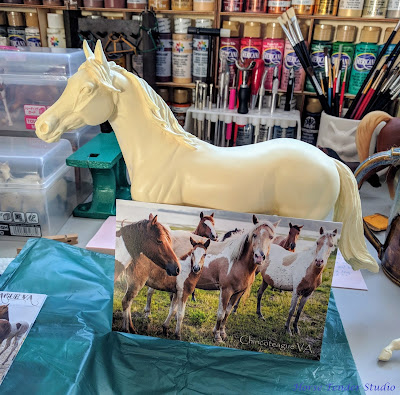 I filled out the entry form, sent off my entry fee, and made a quick post to the NaMoPaiMo Facebook page all jumping the gun, before those in the U.S. 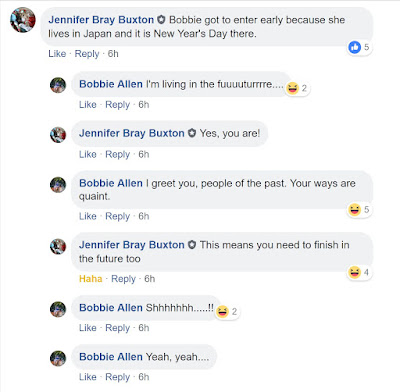 Jeff, Joey, and I weren't the only ones who enjoyed the sunrise this morning.  I found Tealight basking in the glow of it in our upstairs hallway. 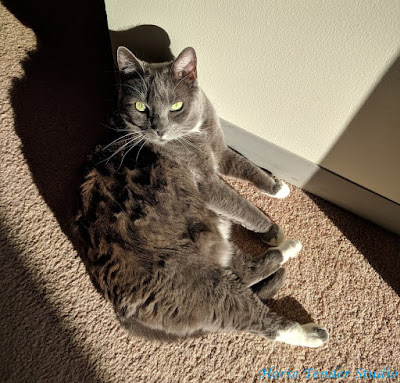 After all of that excitement, I crashed on the couch for a couple of hours.

Here is another article about Japanese New Year traditions, if you'd like to learn more: New Year in Japan