On Saturday we had another vendor show here.  Here's how my table looked this time: 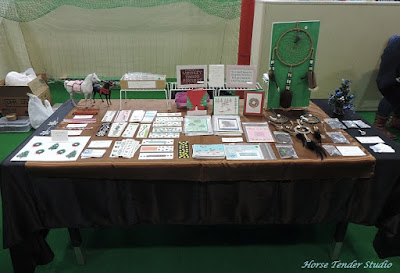 I laid things out much the same as last time, with the addition of tatted Christmas ornaments. 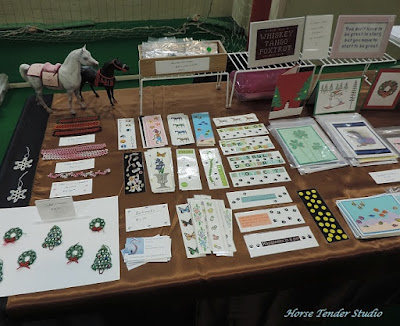 The cross stitch section was much smaller this time, I only had two pictures up. 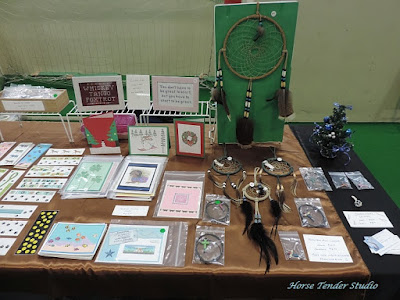 I was in NO way prepared for this show.  A big part of the reason was that I had spent all of my free time over the past few weeks crocheting scarves.  I really wanted to have SOMETHING new on my table; everything else on my table was stuff I already had made - in some cases a looong time ago.

I managed to make one cross stitch picture, the night before (and partly the morning of) the show. 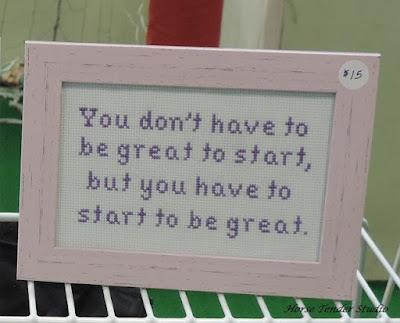 I've been making some "not your Grandma's" type of cross stitch (such as my now infamous "poop sign" - it said: "Have a nice poop").  Those seem to be popular, but I decided that I wanted to start doing some motivational sayings too.  Think of it as Motivation Monday - in cross stitch.  I stumbled across this saying when looking for something I could throw together and I really liked it.

Sales were nowhere near as good as the last show, but several people recognized me as "the one who does cross stitch" and asked me about having custom pictures made.  That was neat.  I've decided that I am going to move away from paper crafts (I did finally sell a couple of greeting cards at this show) and jewelry.  I want to focus on model horses.  However, they aren't really marketable here and I'd like to continue to do these vendor shows and market things locally too.  So, I think the cross stitch will be a good fit; I already do that for horse stuff -saddle pads and now costumes - so I can use the supplies I already have for both model horse applications and making pictures to market over here.