I'm behind on announcing several new members of my model horse herd.  These have all made their way here over the past couple of months.

The first is Anubis, sculpted by Sheri Rhodes.  He did have his own brief post shortly after he arrived, but I took a few more pictures of him today. 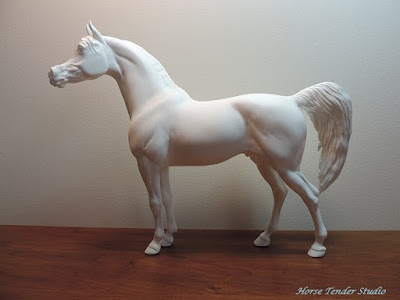 He really is a neat horse. 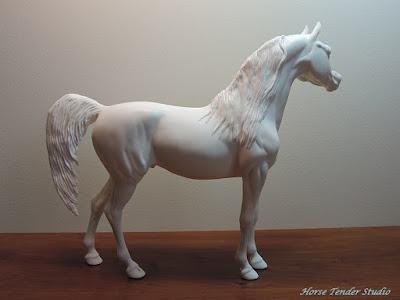 He has a lot of details: wrinkles, veins, and so on, but my favorite are his whisker bumps. 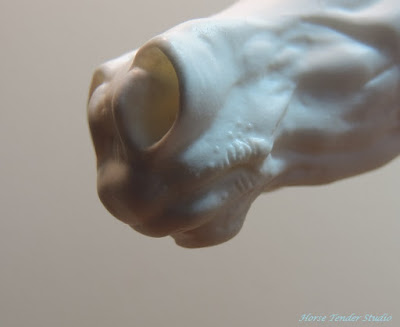 I really am itching to start making him a costume (or several).  That's one of the biggest reasons I added him to the herd - because I wanted a new(er) Traditional Arabian model to work on.

For the heck of it I grabbed the pink costume off of the PAM it's being built on and set it on him. 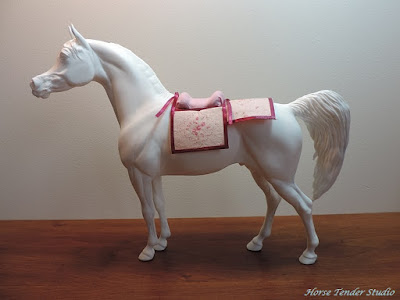 We'll end on him by showing his majestic beach pictures again. 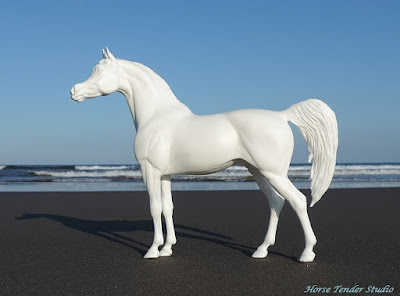 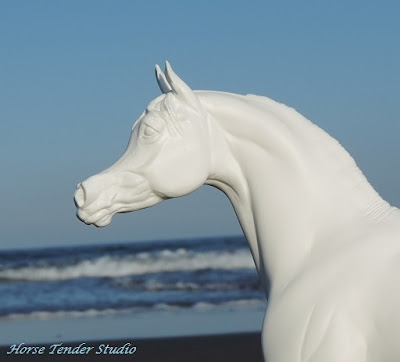 Next up are a little herd of four OF Stablemates.

But first a bit of back story: After lurking for a while, I finally became a "real" (paid, participating) member of the Model Horse Blab forums.  I was excited to discover that they have an awesome thing there called PIF (Pay it Forward).  How it works is: people post their wishlists and send their address to the organizer.  Others can then private message the organizer for addresses if they see things on a wishlist that they want to send, and send a "PIF" anonymously.  I've been having a lot of fun with this already.  I have sent one PIF package and am ready to send out two more.  I had added a wishlist and then randomly, I received a PIF too!  How fun!!

These guys haven't had their "new horse at the beach" photo shoot yet, but I took some quick pictures of them today. 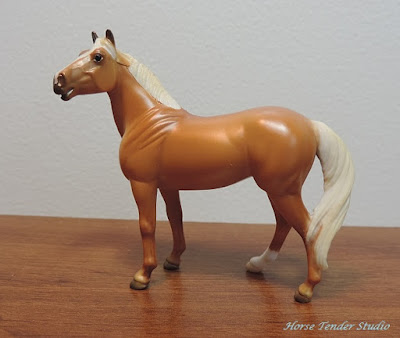 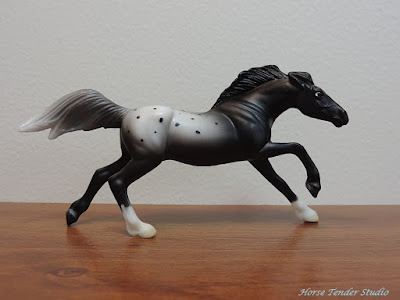 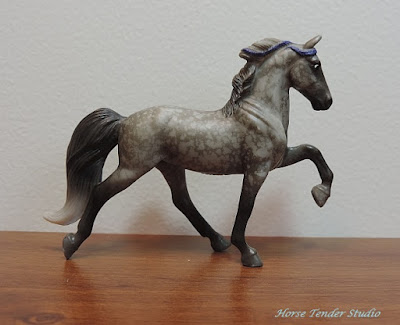 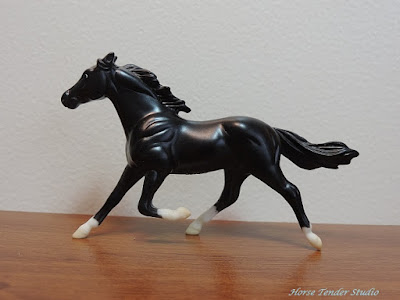 Also on Blab is a Secret Santa event.  One of the big things I missed about being active in a forum or fan club is doing Secret Santas.  I LOVE any kind of gift swap, I just think they are so much fun to do.  It's fun seeing what people send to you, but I think it's just as fun shopping for, and mailing surprises to, your partner too!

I received my Secret Santa package late last week and: It. Was. WONDERFUL. Included in the happy tears inducing box of wonderfulness was this stunning girl: 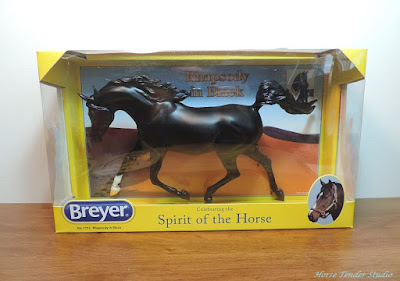 I have wanted a Weathergirl for a long time, I love Arabians, and love black horses.  Now I have TWO newer Traditional Arabians to build costumes on!  Also, I had clearly forgotten the excitement of a NIB Breyer, since they don't exist over here.  It's been a while since I've even seen those big yellow boxes - aside from any that I have with me.

Also added to the herd over the pat couple of months is...  one of these: 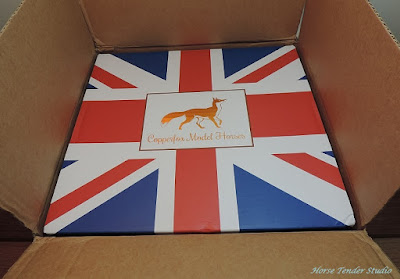 For someone who often doesn't add more than a couple new horses a year to the herd - I certainly have not had many "big 'uns" in a long time - this has been a wonderful last couple of months and I am VERY thankful for every single one of them!


(one small horse was completely left out, you'll hear about her later on too...)