I briefly introduced Marshmallow in yesterday's post.  In it, I said that he would be getting his own posts - this is the first!

Much like Chewie, he has been on a big adventure.  However, unlike Chewie, who made his way to Japan via the mail, Marshmallow was hand carried by me, from his former home in Pennsylvania all the way to Japan.

He traveled in a car to South Dakota and then it was time to get on a plane. 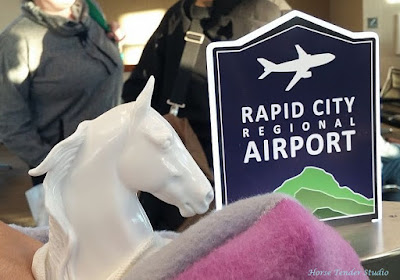 The view from our first plane, taking us from Rapid City, SD to Minneapolis, MN. 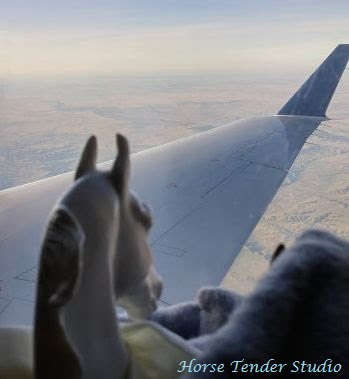 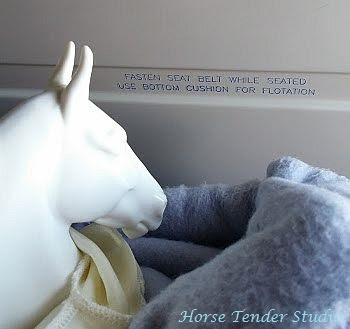 At our gate in Minneapolis, waiting to board our non-stop flight to Tokyo. 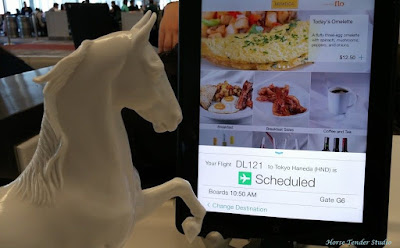 I told him he'd better stretch his legs while he had the chance.  This next plane ride was going to be a long one! 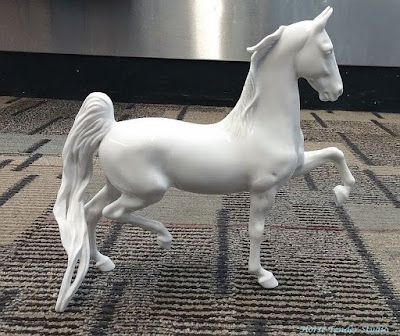 Now he and Cassie, his traveling companion, took in the sights at Haneda airport in Tokyo, while waiting to board one last plane. 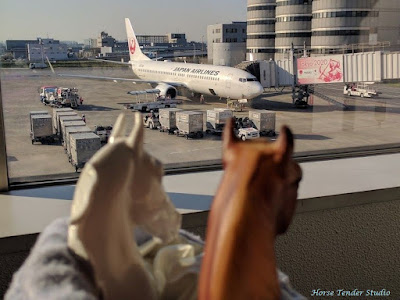 Rolling out for the flight from Tokyo, home to Misawa.  The Japanese ground crew at the airports wave and bow as the plane is being pushed back.  I think that is really cool. 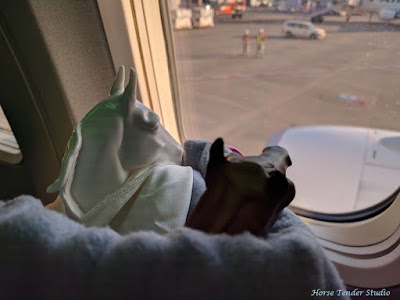 At his new home, on the other side of the world, Marshmallow takes up residence in a place of honor right next to Antar, my NaMoPaiMo horse. 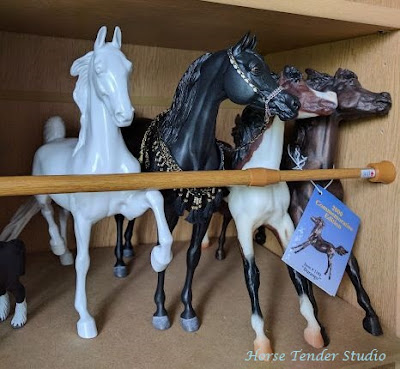 For his first adventure out and about in Japan, and following in Chewie's hoofprints, he went to the Jingle horse parade. 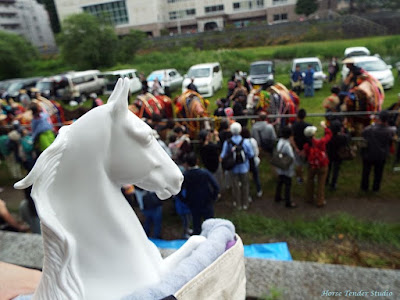 Then he went sightseeing where Chewie hadn't been, to the nearby castle grounds. 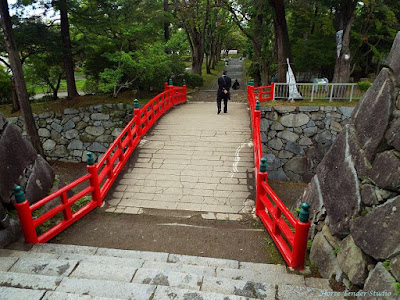 Crossing a bridge to the castle. 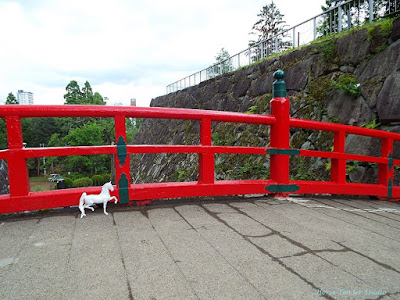 There was a stunning Japanese garden near the castle grounds and since it was hot, Marshallow cooled off in a small stream. 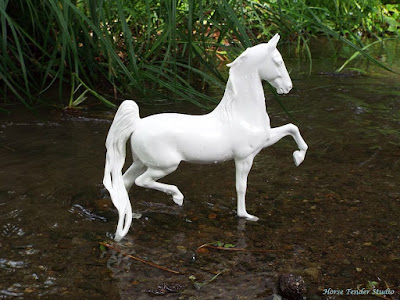 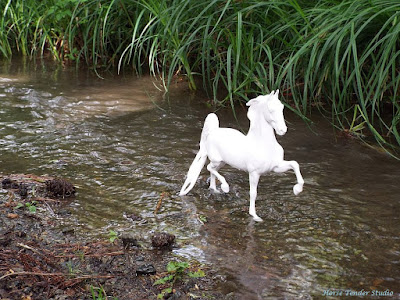 It was a beautiful place. 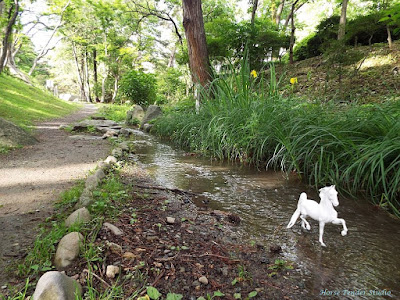 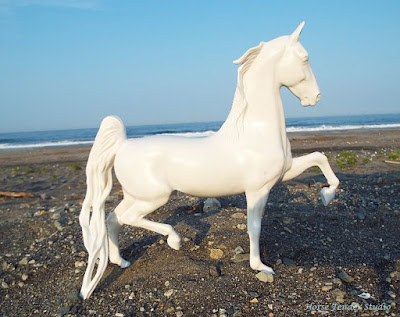 He also learned of something that might want to make him step even higher! 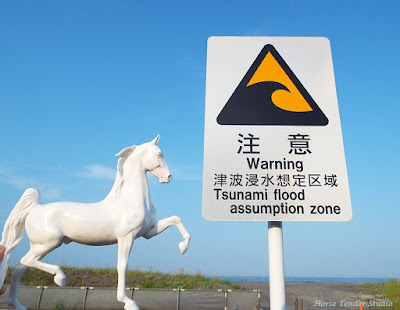 I hope you enjoyed the first big chapter in Marshmallow's Big Adventure.  Stay tuned for more from him, Chewie, and the rest of the traveling herd!