When I was a kid, pretty much the only time I could add a new Traditional Breyer horse to my herd was on my birthday or Christmas.

One year, I don't remember the occasion, I was allowed to pick out TWO horses to add to the herd.

When it came time to name them, I decided to call the Friesian "Etienne Nevare", after one of the main characters in the movie Ladyhawke.  That movie was the first time I ever saw a Friesian horse and it was love at first sight. 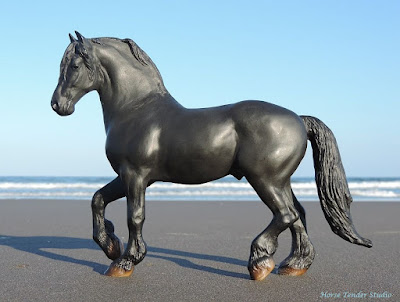 For my new golden Paso Fino, I asked my Granddad.  He was taking a Spanish class at the time ("never stop learning" was one of the biggest lessons he ever taught me), and he suggested the name: "El Caballo Real" (The Royal Horse).  And so my Paso Fino was named. 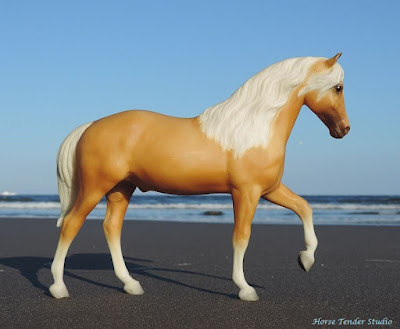 Since these two were bought together, they've always been together.  Whenever they are on a shelf, they stand together.  When they've been packed for a move, they are packed and ride together.

So of course when I was packing horses for a photo shoot at the beach last fall, they went together. 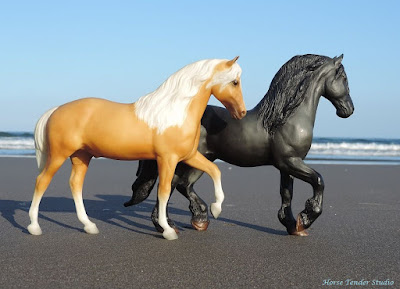