Today we checked out the annual Japanese/American Misawa Air Show or rather "Friends and Family day" at the Air Show.  Tomorrow the show is open to the public, but we found out that today they had most of the static displays out and were also doing some of the demonstrations - with a tiny fraction of the crowds that will be there tomorrow.

I took a handful of pictures and plan to share them later on, but for now here's my favorite one.

This is my friend Holly, as she boops the snoot (touches the nose) on one of the planes. 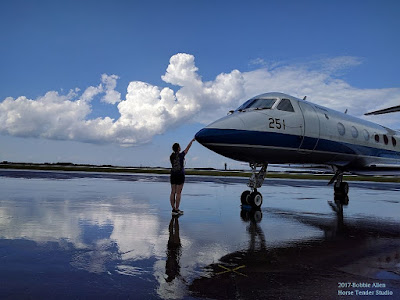