Had a short hiatus

The past few days I've had a short hiatus from doing much crafting and from blogging.  I'm still sick and after thinking I was feeling better, I started feeling crummy again.  It's been two weeks now.  It seems I've moved on to the coughing phase.  Hopefully that means it'll be gone soon.

My husband sent me flowers for Valentine's Day, which we also consider to be our Anniversary, since we met a few days before then - six years ago! 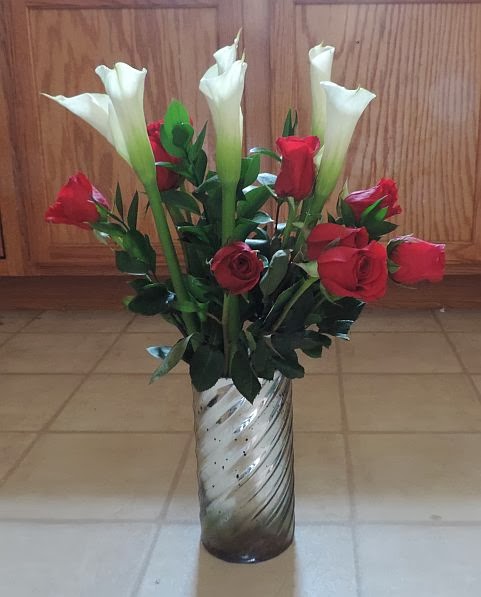 I did finish the brown cross stitch pad and as of yesterday am well underway on the next one. 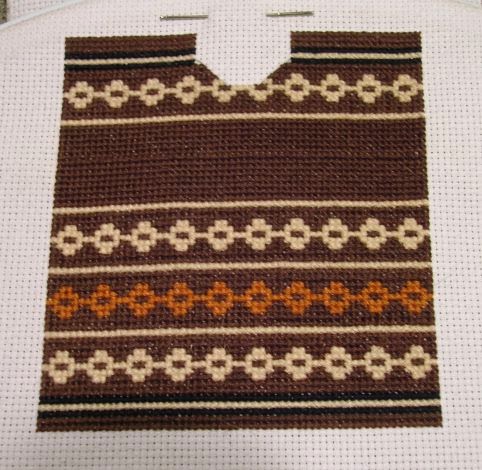 A couple of days ago I launched into house cleaning mode and was making good progress when I was derailed by a death in our critter family.  One of our rats had developed a large tumor just over a month ago.  He seemed to be doing okay, but then appeared to be going downhill fast the last couple of days.  Night before last he was euthanized.  He was in bad shape, It was time.  Doesn't make it easy though.  I'm sure some would say he was "just" a rat - I know some may even cringe at the thought having rats as pets - but he was a member of our family for the last couple of years.  I bought he and another young male a little over two years ago.  I named them after the horses in War Horse - Joey and (top)Thorn.  Thorn is the one who passed away.  Joey is sweet, likes people, is just a good little guy.  Thorn, well his name fit him.  He was always kind of standoffish, didn't care for people much.  He never bit us, would tolerate being held, but that was about it.  He was also a bit of a bully, beating up on Joey at times.  He was ornery, but it was still sad to say goodbye.  His "brother", Joey, seems to be doing okay, I've been giving him some extra cuddles and treats. 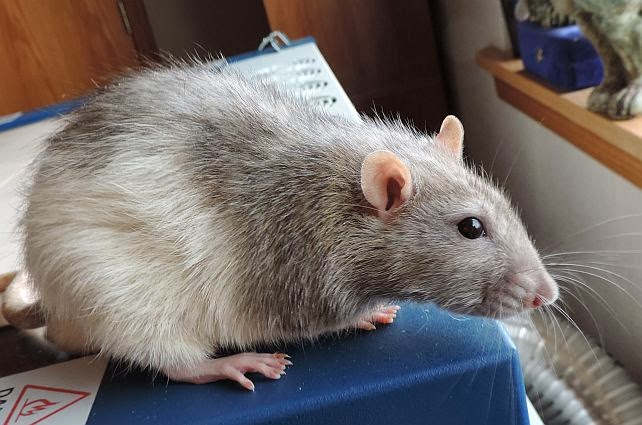 Yesterday I felt down about Thorn's passing and was still not feeling well myself.  So I spent the entire day/afternoon/evening on the couch, cross-stitching and watching movies, with Kitten in my lap.  I started a new saddle pad, this might be my last one for a while - I think I'm out of fabric and I have a LOT of other projects to work on.  I'd like to eventually sell all of these saddle pads that I've made.  First, I have been making patterns from them, so that I can repeat the designs later or maybe sell/give away the patterns for others to make.

I'm not sure yet what today will bring, hopefully more crafting and some house cleaning.  My husband will be home in two weeks!