Yesterday I ended up helping some friends with their move.  I did a little bit of work on a few horses before going over there.  Then, instead of crafting the night away as I had planned once I got home, I got into the (never ending) project of organizing my Studio room.  I did quite bit more of that today and tonight - and for some of it, I had a helper: 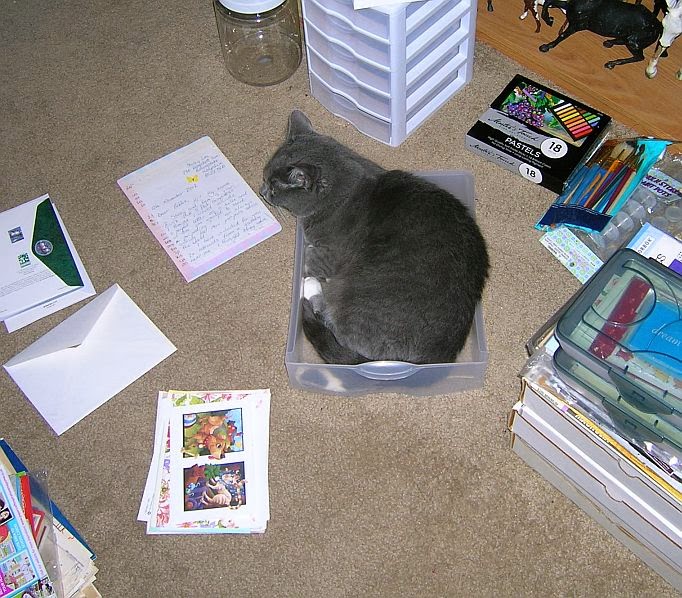 I moved some of my supplies around, tossed some random weird stuff that I still haven't found uses for and made some decent progress.

Here are a few pictures from the last couple days' of actual craft time:

I started coloring in a few of the carousel horse stamps: 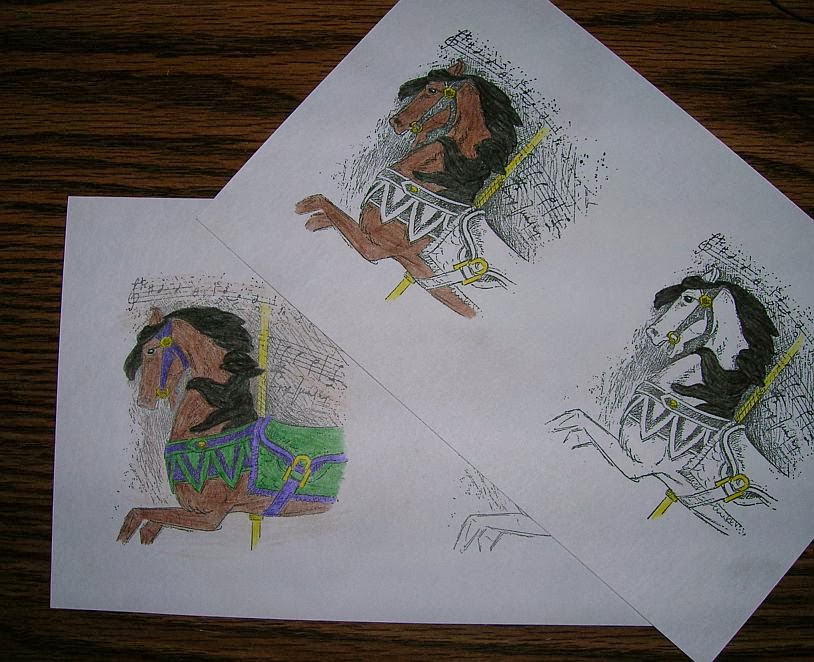 This is a horse I had painted some years ago, he is meant to be a Gypsy Vanner.  I stalled out when it occurred to me that the original model has a short mane and docked/short tail.  Gypsy horses are VERY hairy.  If I'd thought about it beforehand, I would have sculpted him a long flowing mane and tail.  Alas, he is already well on his way to having a finished paintjob.  So, I thought I'd see if I could get away with adding that flowing mane and tail now.  I may end up having to repaint him anyway, after the sculpting, but I figured it was worth a shot.  First I made some support wires: 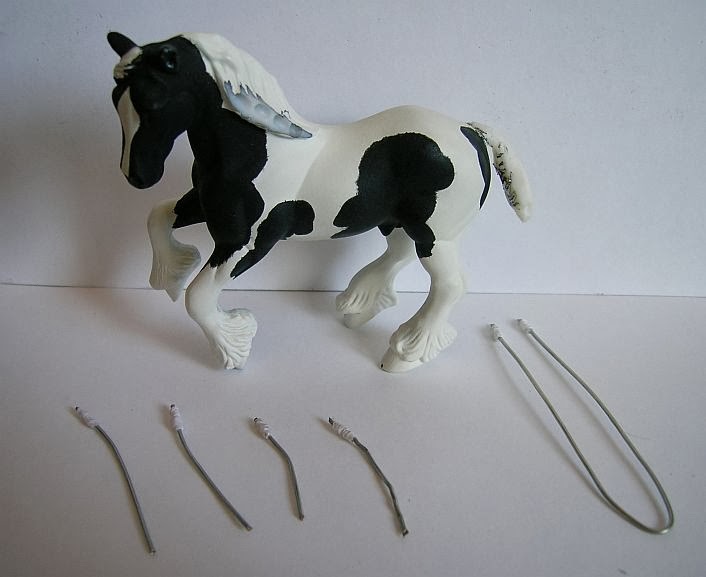 Then I attached them.  His mane and tail won't stay this long, but when it comes to hair on a Gypsy horse it's go big or go home, haha.  I figured better to start too long than to still be too short: 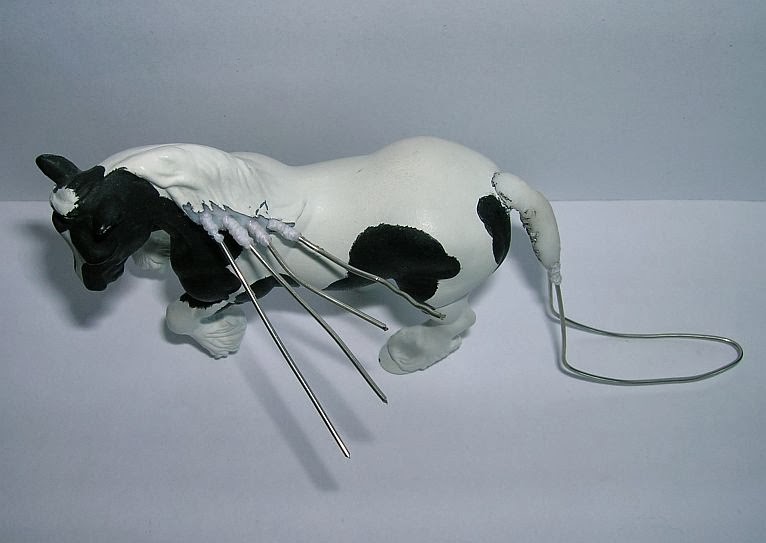 Look at those long, flowing locks!  Next up will be deciding on a shape and then sculpting: 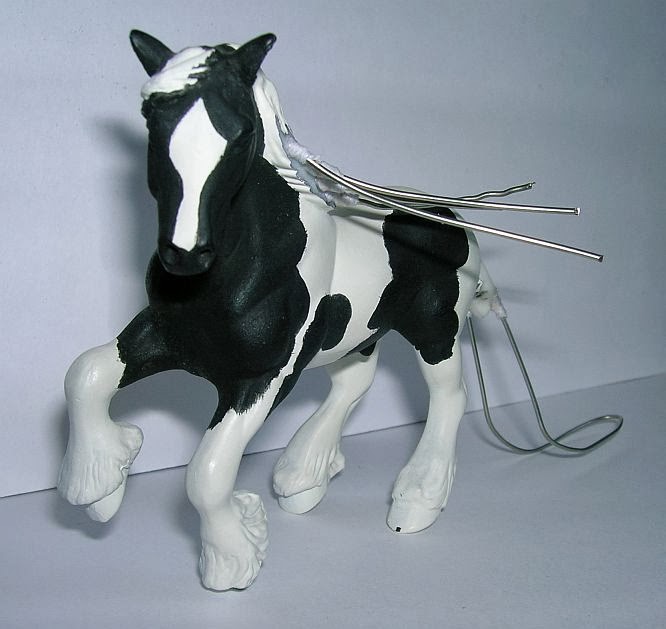 The itty bitty Micro Mini got a first session of sculpting done: 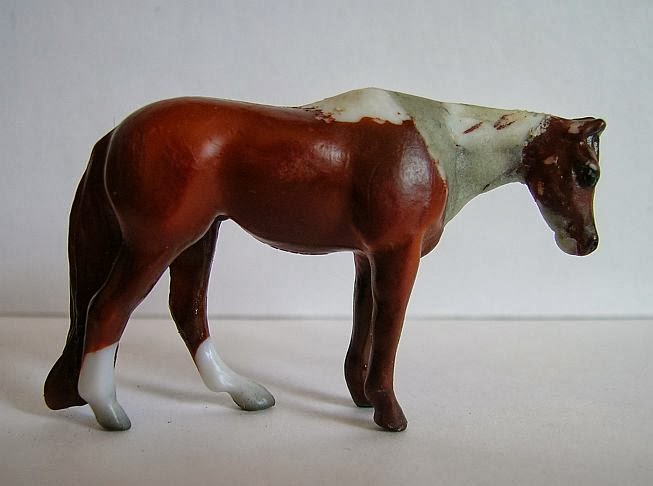 Including actually giving him a lower jaw and chin.  They appeared to be lacking at first: 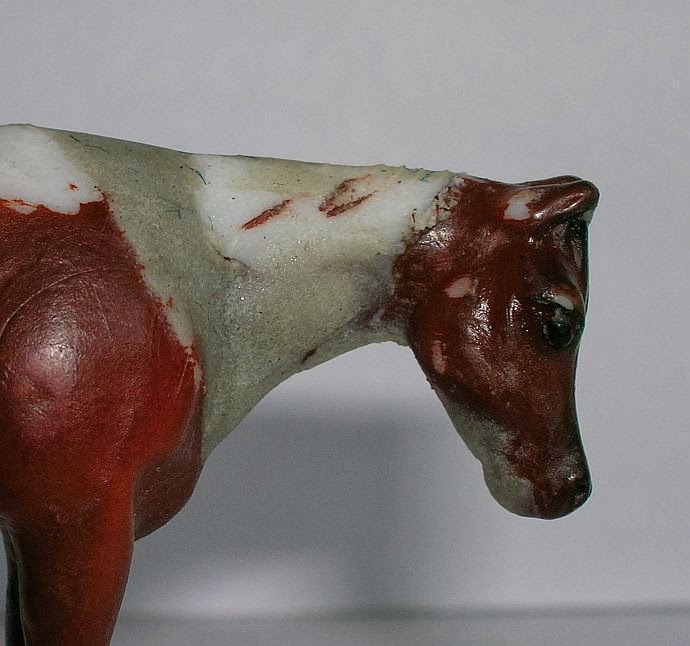 Yet another project is this wildly bucking draft horse.  I'd gotten this far last summer: 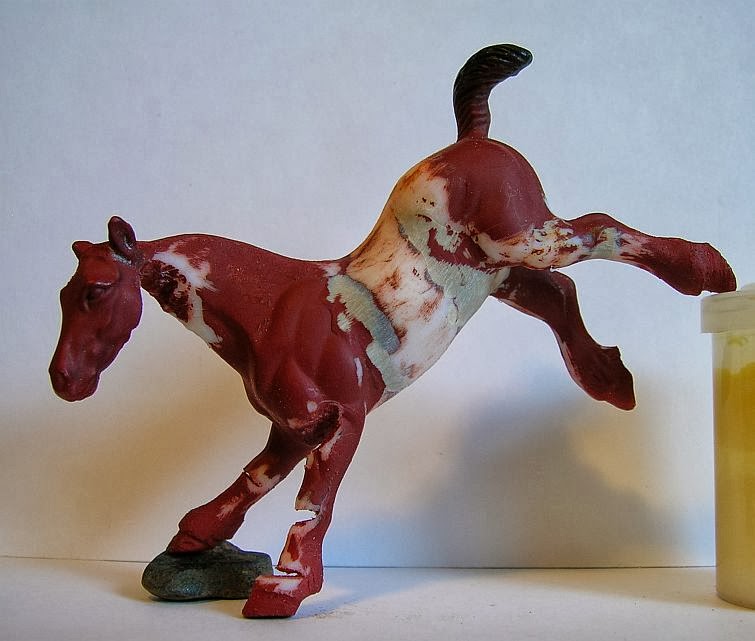 Yesterday, I realized the neck was too long, so the head came off, and things were reset.  Looking better now: 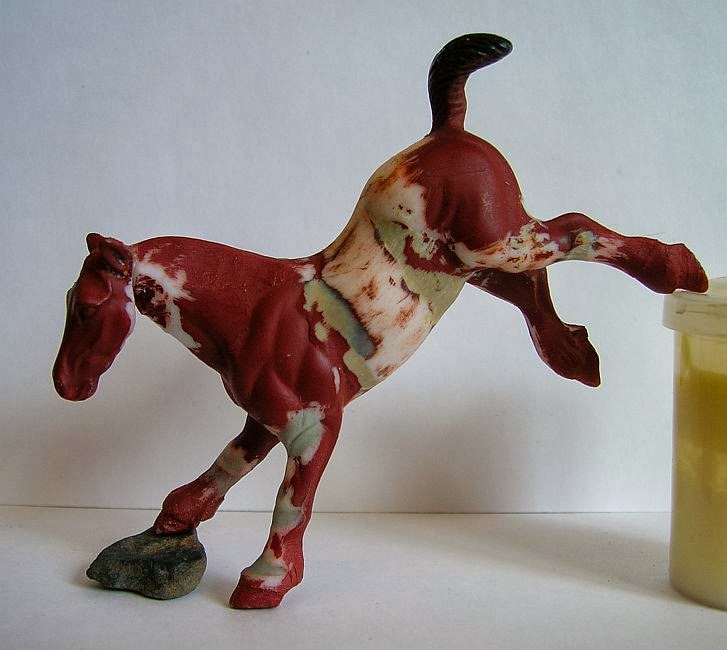 I also did a first round of sculpting on the "pull horse"..  but now his neck looks too long to me.  I decided to go ahead and wait and see what I thought of it after a few days.  I'm still thinking: too long.  It's hard for me to tell with the different angles and colors.  I might put a coat of primer on him so he's all one color, that always helps.  Anyway, I may end up starting over here.  I have yet to sculpt an entire neck from scratch, but it is something I'd like to try, maybe that will end up happening if I can't wrangle this guy any other way: 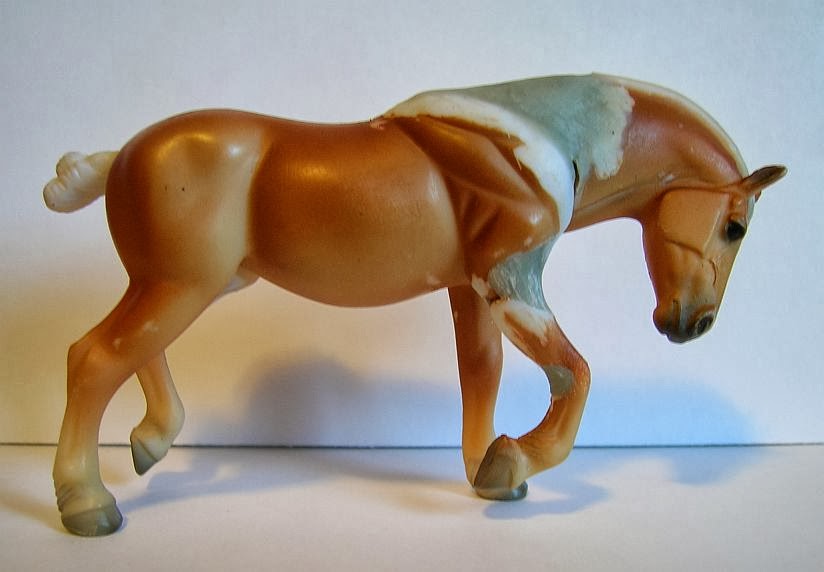 That's about it for now!  I've been in a whirlwind of working on the horses lately  It's something I enjoy, but I haven't been doing much of it for quite a while.  It feels good to get back to it.