I'm still not feeling 100% but am, hopefully over the worst of the crud, so I got a little bit more done today.  Did a big clean up of the kitchen - it had gotten scary!

In the crafting department, I did more work on the latest cross-stitch pad.  I ended up with a few more rows than this done after I took the picture.  I'm already looking forward to starting on the next one.  I came across a pair of colors that look awesome together and I'm excited!: 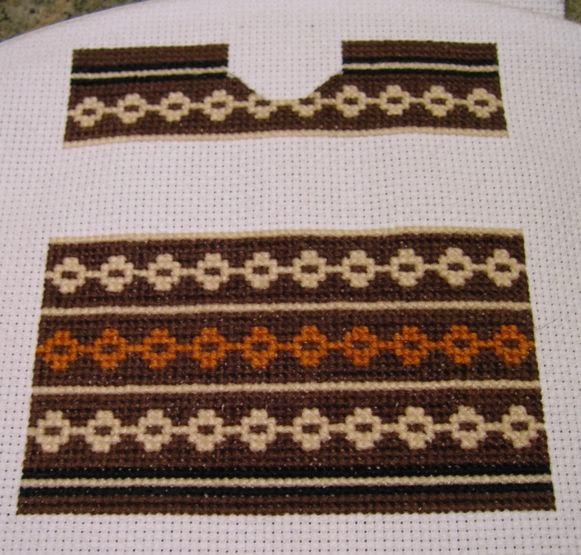 Then I moved onto some time in the Studio, where I had company: 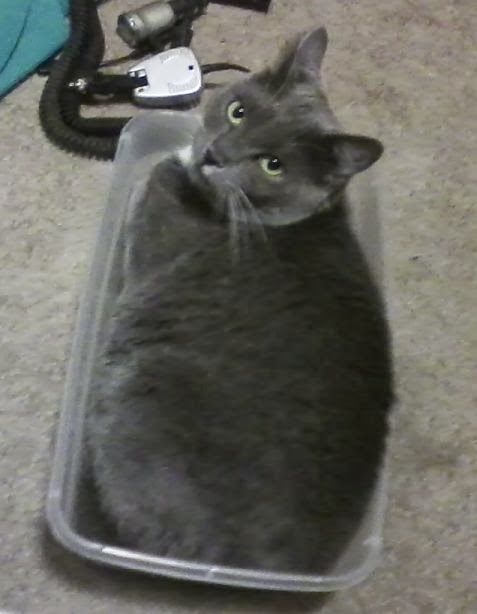 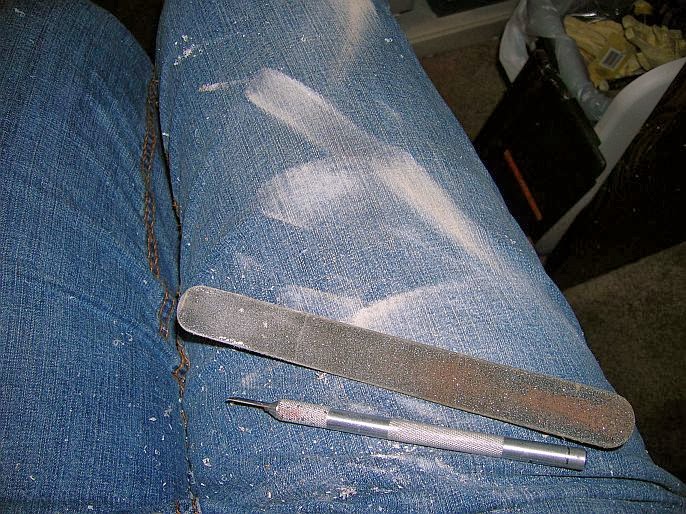 One of tonight's projects, a repaint that I'm doing for a friend.  He had a broken leg.  I fixed that and actually lengthened it, because it was shorter than the other hind leg.  Tonight I also built up the front of that hoof and did some more prep work.  I'm thinking he should be ready for paint tomorrow: 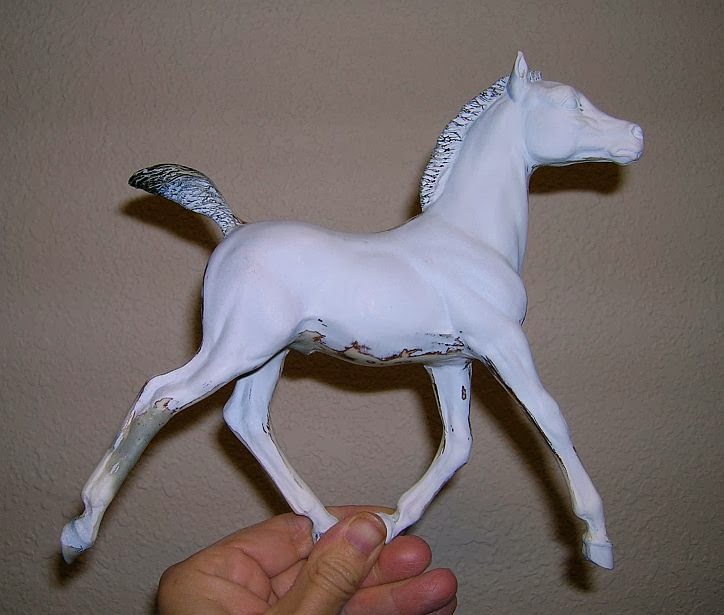 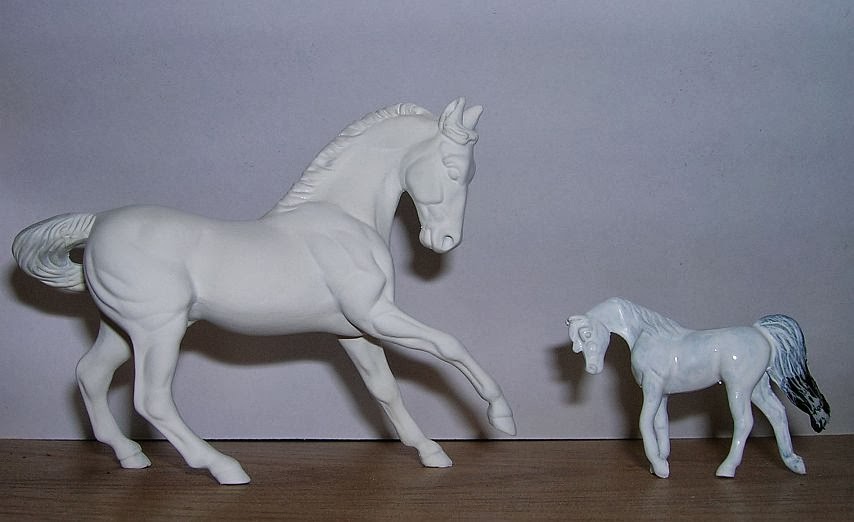 I also filled in the neck and started sculpting the cheeks and underside of the head on the bucking draft horse from a few posts ago.