Yesterday was slow to get going, I was feeling down - not even sure why.  But I eventually went down to the Studio in the afternoon, put on some music, and got to work.

The first one I decided to tackle was this saucy little Appaloosa mare: 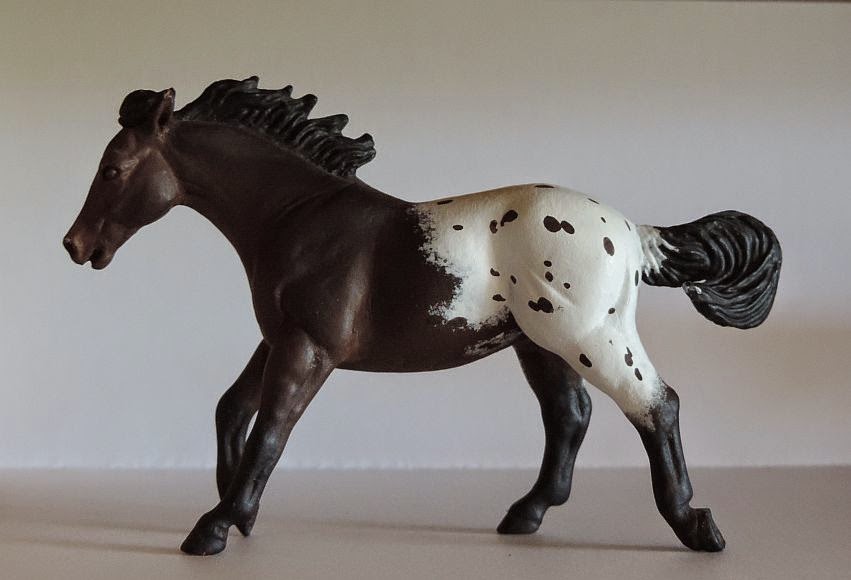 She was actually painted several years ago and has been waiting for detailing. 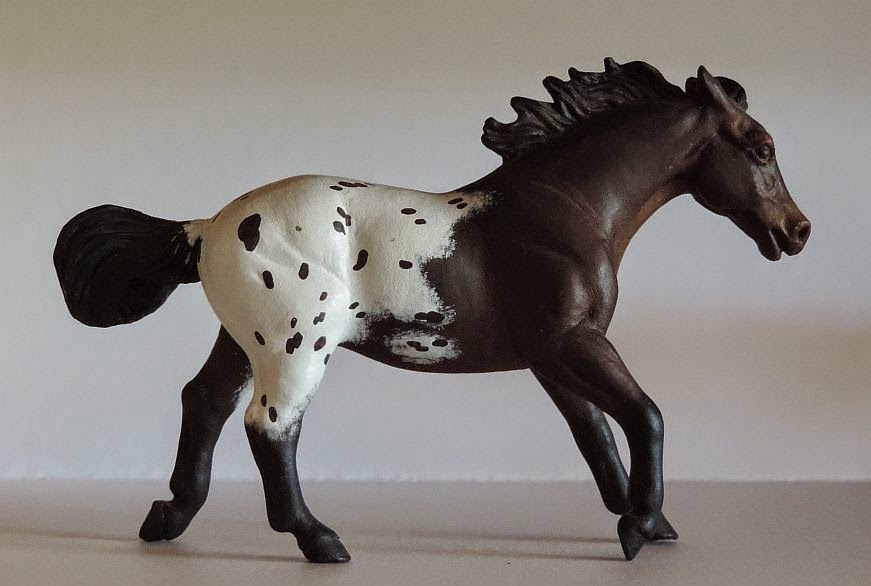 But I noticed she had a big nasty seam on her head that I didn't fix back then and that was bothering me: 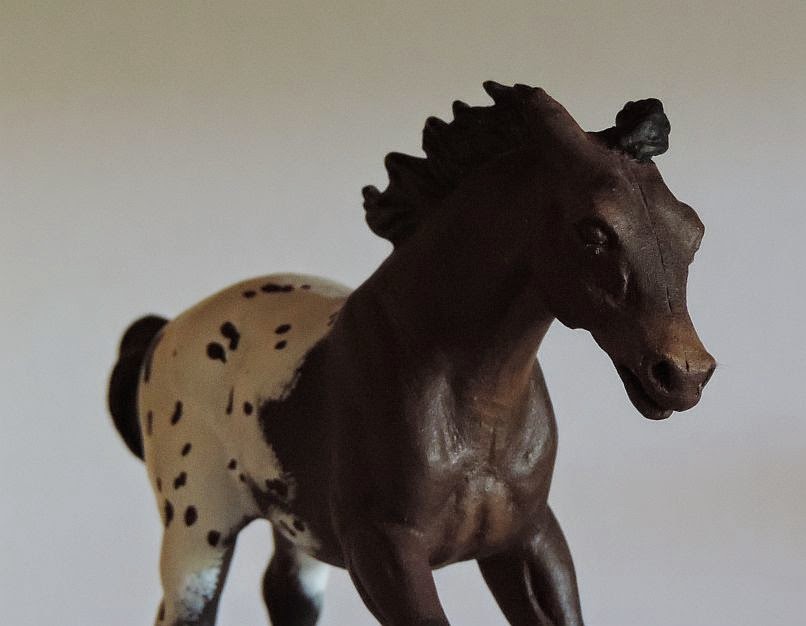 So the first thing I did was mix up a small batch of paint to match her body color and then scrape off the seam.  I repainted her face, did some other touchups, freshened up her mane, tail, and legs, and finished her appy blanket with halo spots.

Along the way - since I was mixing up various small batches of white for markings, hoof colors, skin colors, and so on - I decided to finish a couple of others too.  They are a spotted Mule and a blue roan leopard Appaloosa.  I was interrupted by Jeff coming home and us going to town to run errands, so this is about as far as the three had gotten.  Zombie horses! 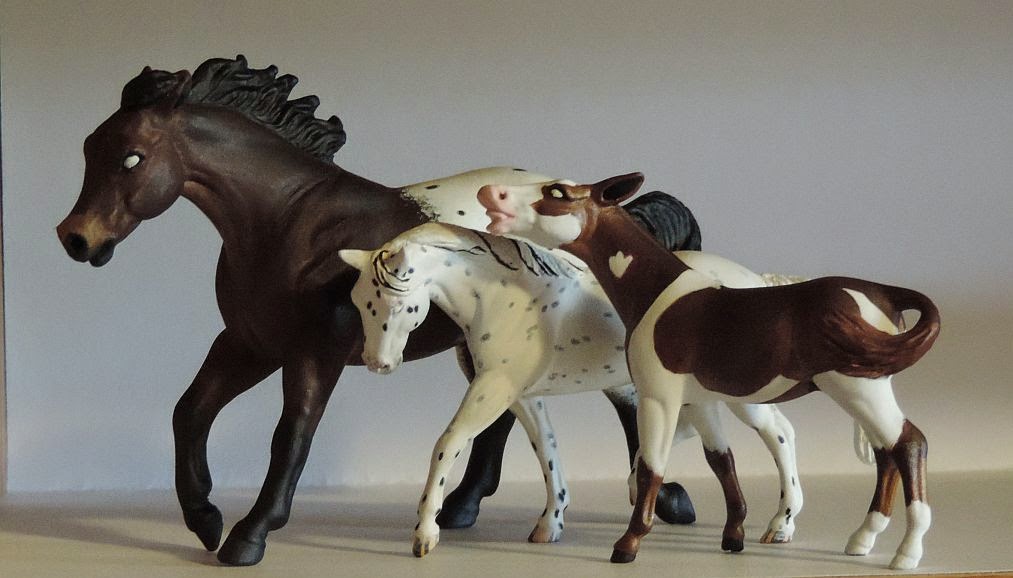 (Painting the eyes is seven step process - yes, even on a horse that is only three inches tall - and during this phase, after the eye whites are painted on, they do look a little spooky.)

Jeff and I went to town and got some things done for the vendor events coming up - we had order forms and catalogs printed for the laser business.  We also bought a smart phone for me.. my first one.  No, I hadn't had one yet - neither of us had!  We are die hard flip phone people, but we want to have a mobile card reader to help in making sales and that could only come about (easily) via a smart phone.

We also discovered that there was a big sale going on at the farm and ranch store, where we needed to buy some feed for my Bo boy and some bedding for Prim, our guinea pig.  We ended up doing some more shopping since everything was 15% off (that you could put into a bucket).

I came home with a few more future painting projects.

This one I've had my eye on for a while - a Tennessee Walking Horse by Safari (the same company that made the Appaloosa mare above).  I like their horses and I'm looking forward to working on this one: 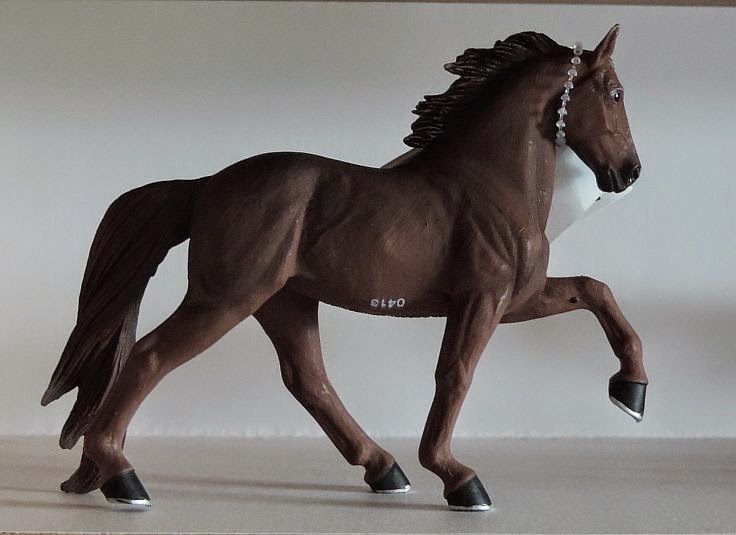 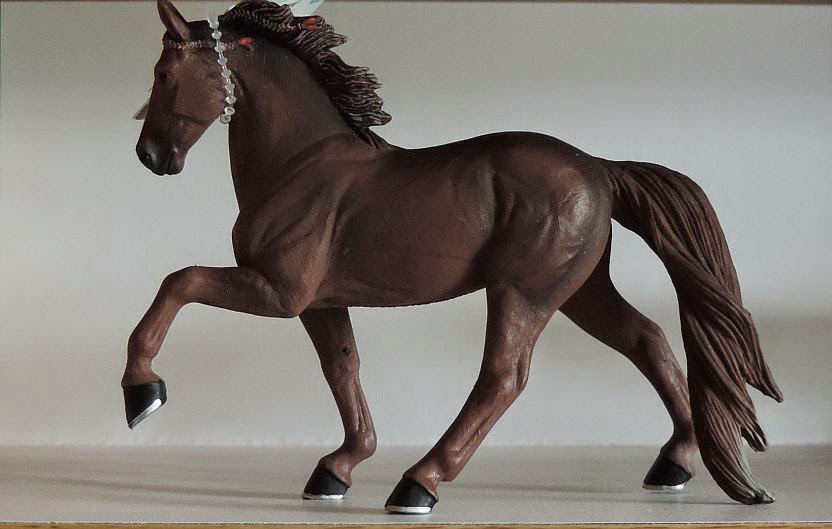 The other acquisition was two more Breyers.  I like this pose and since I love painting pintos and appaloosas, I see a couple more spotted sporthorses in my future. 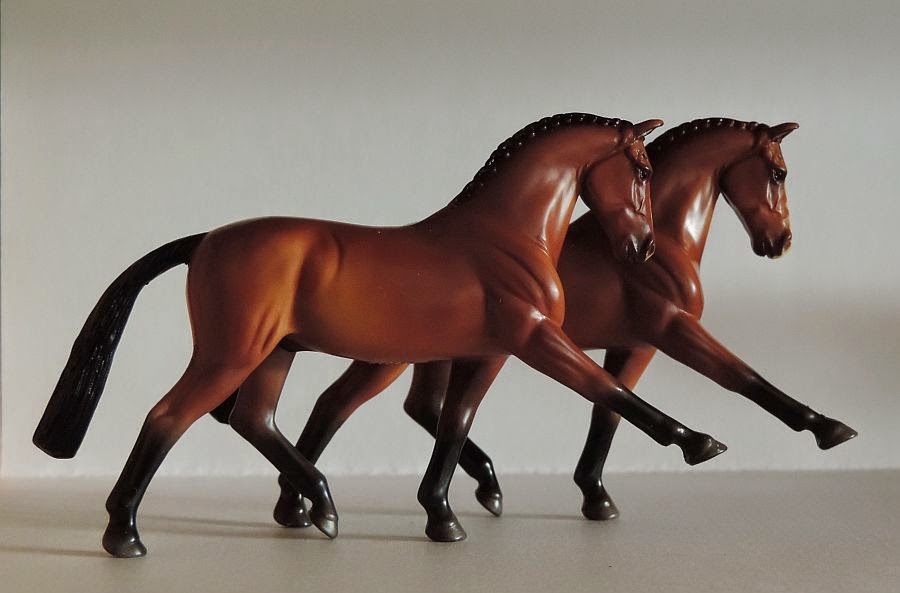 I'm headed back down to go to work.  Just now, coffee in hand, I had opened the door to my Studio and smiled.  Even though it is a MESS in there right now, it is still my happy space. 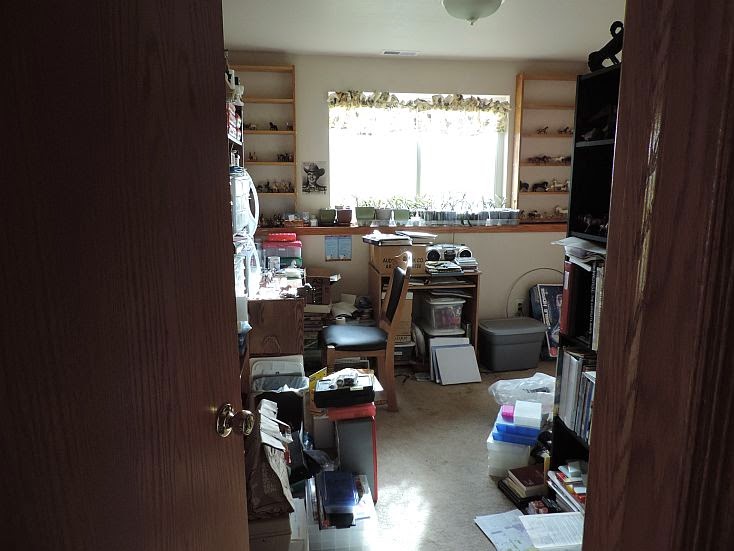 I have several more errands to run today in preparing for the show (it's day after tomorrow!!) - but for now it's time to get painting again!