We started our adventure by getting on a train in Misawa City, where we live.

This train took us to Hachinohe. 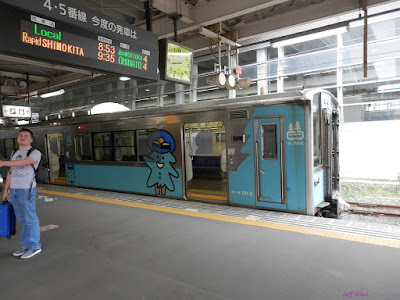 The reason we went to Hachinohe...  was this: 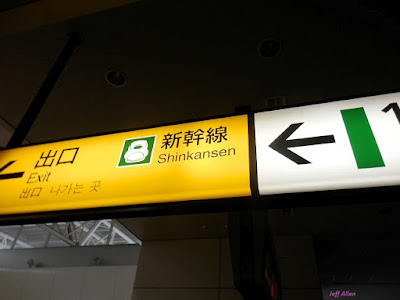 We were going to ride the "bullet train" to Tokyo, and Hachinohe is the closest Shinkansen station.

Making our decent to the Shinkansen track. 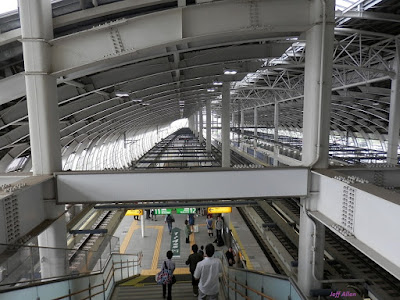 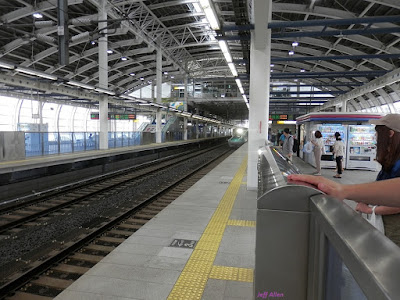 They have a very distinctive look. 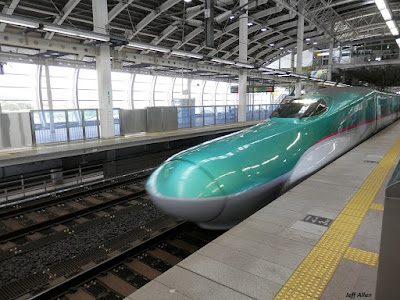 Waiting for it to stop. 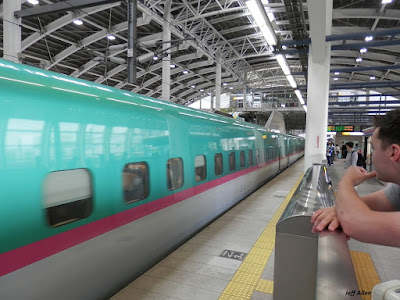 A view from the inside.  It was very roomy inside, much more than any commercial airline flight. 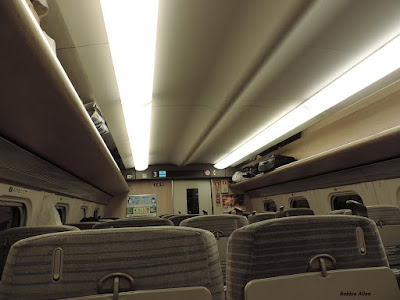 Jeff is ready to go fast! 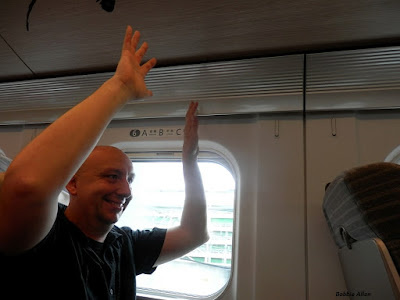 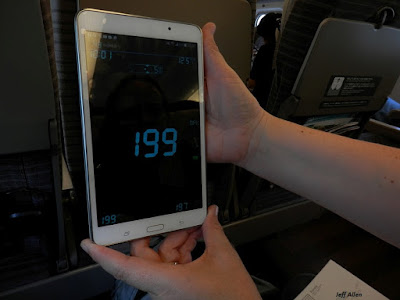 The scenery was pretty evenly split from farmland/rice paddies, 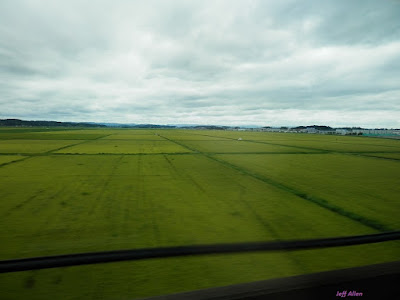 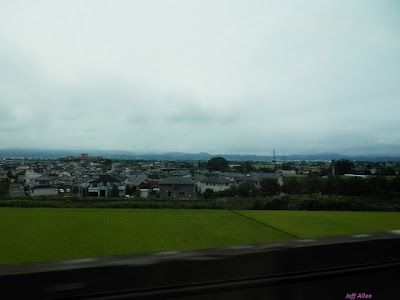 and quite a bit of tunnels.  Nothing to see there.

The trip took about three hours, by car it would have taken 12 or more.

Upon arrival at the Tokyo station, Jeff got the sinking feeling that the automated gates would take our tickets - he wanted to keep them.  Sure enough, we had to sacrifice our tickets to the exit machines, but he did get a picture first. 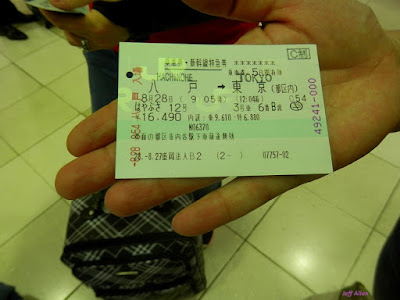 It took us a little while to figure out how to get OUT of the (massive) Tokyo station.  Once we did, the first thing I noticed were trees growing on one of the buildings! 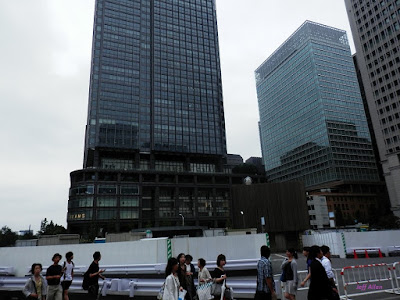 I've seen this on various TV shows or documentaries, but it was really cool to finally see such a thing in person. 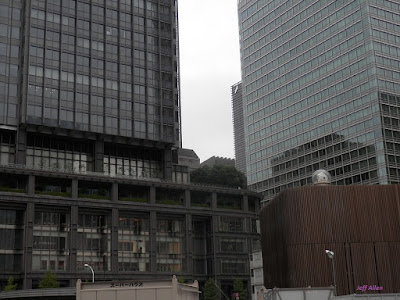 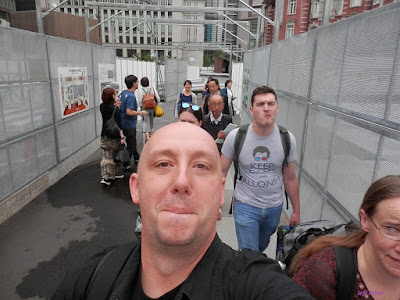 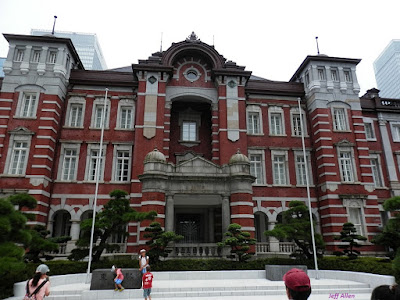 More trees where you wouldn't expect to see trees. 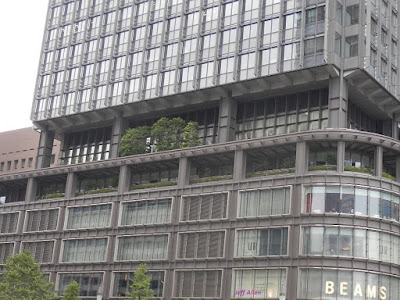 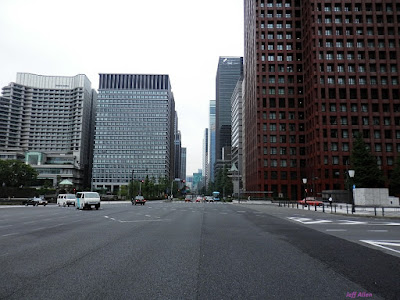 A view from the Imperial Palace grounds, into the city.  I thought it was an interesting contrast. 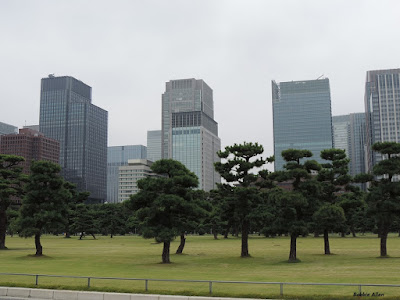 At the edge of the park was this lake. 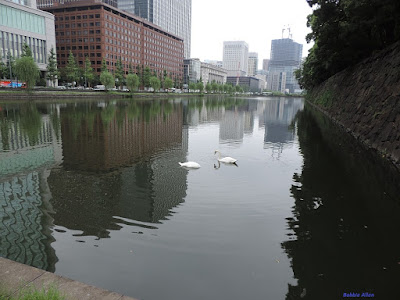 There were two swans feeding there. 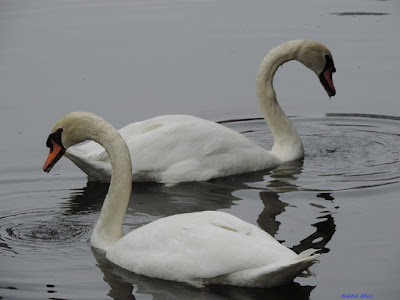 We also noticed a turtle in the water! 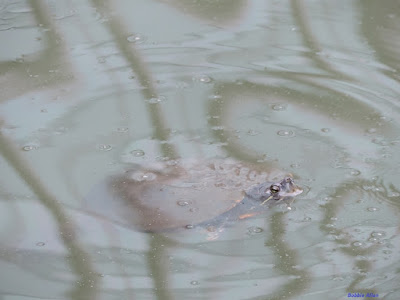 And he noticed us.  He (or she) seemed quite interested in us, coming right to the edge of the water and popping up to check us out several times. 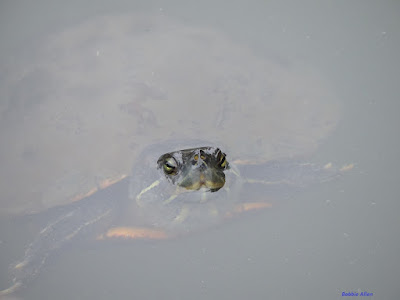 "404 - street not found"  An observation made by our friends who are traveling with us.  haha 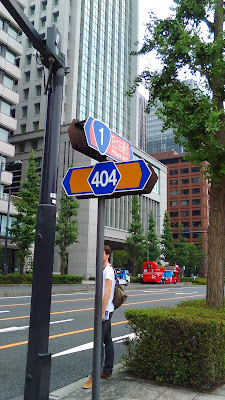 After looking around at the park for a bit, we went back to the train station and rode a couple of subway lines to our hotel.

It was so nice to finally make it to the hotel and offload our bags; we arrived too early to check in, so had to drag/carry our luggage all over with us today.

We haven't fully explored the hotel/resort yet, but I did spot this in one of the hallways. 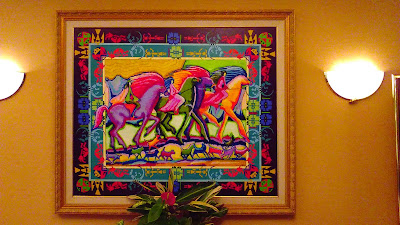 Also, there seems to be a resident cat out front.  We've seen her a few times now, anytime we arrive or leave the hotel.  We each petted her a little, she seems to be a sweet kitty. 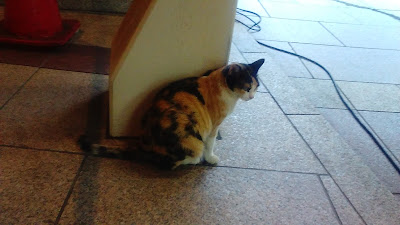 That's about it for day one.  Tonight we're thinking of going to the hotel pool and just relaxing for the rest of the night.

Tomorrow...  we are going to do MariCAR, a Mario Kart-inspired 2 hour guided go-kart tour of Tokyo!