We took the train to Shibuya station.  There were signs designating that this was Hachiko's area. 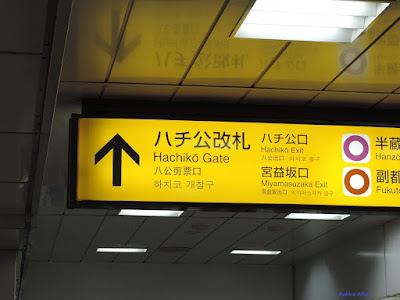 There is a MASSIVE construction project going on at Shibuya station right now.  It took us a while to get our bearings and figure out which way to go.  As we wandered back and forth through the construction area, it occurred to me that I could probably aske where Hachiko was, thanks to the Japanese class I had taken.  I've been too shy to use much of what I'd learned, but I thought this might be the time.  But who to ask?

I saw a security guard or policeman at the entrance/exits to the station and while the rest of our party was debating which way to go, I summoned my courage and walked over to him.

"Sumimasen," I asked (Excuse me)

When he had turned to me...

"Doko de Hachiko desu?"  (Where is Hachiko?)  I think it should have been desu ka (the ending to a question), I missed that part - but he understood and replied excitedly,

"Ah, Hachiko!" and pointed down the street.  Sadly I didn't understand what else he'd said afterwards, but we had our direction.  I thanked him ("Arigatoogozaimasu!") and off we went.

I was happy; I had finally used some Nihongo!  (Japanese language)

I had (recently) seen the Hachiko stature in a documentary and thought I recognized the trees around his area.  Sure enough, we found him! 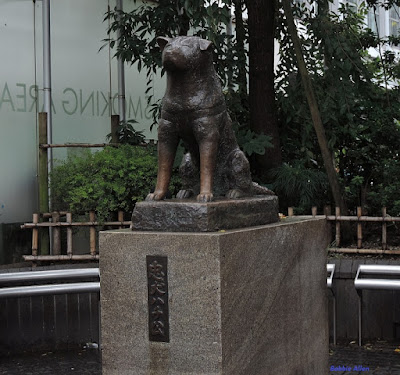 There was a big crowd gathered around, people of all nationalities.  I waited a bit for my "turn" to pose with him (it seemed when one person left him, another from the crowd would just jump in). 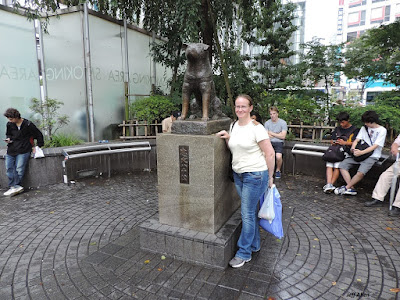 Also in ground in the the area around him were these: 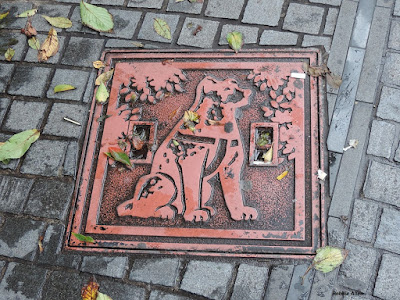 We rested by him for a little while and right before we were about to leave, I realized I hadn't actually touched him.  So I wanted until another group was done getting their picture taken and I walked over to him and petted the statue.  I turned to find Jeff smiling at me.  I told I'd realized I hadn't actually touched Hachiko; I wanted to be able to say that I had.

During our time here, we've idly wondered that that "big, famous intersection" is.  Turns out, we were there.  It is at Shibuya station.  We crossed it, twice, after seeing Hachiko.

Even at midday on a weekday, the area was PACKED with people. 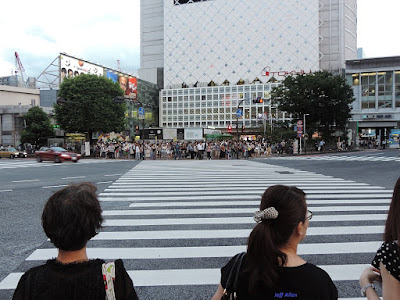 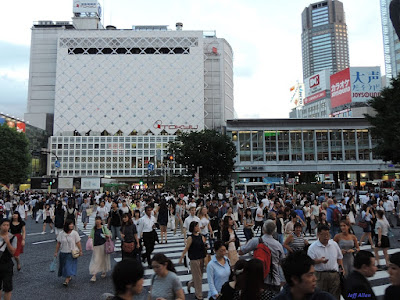 While in the area, we went and checked out a few stores, had lunch at a tiny underground ramen restaurant, had Starbucks, and walked ourselves ragged again.

Here's another random sighting I made earlier in the day, back in the Ginza district: 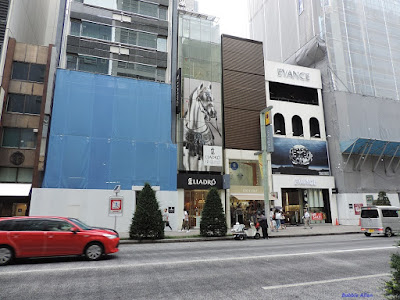 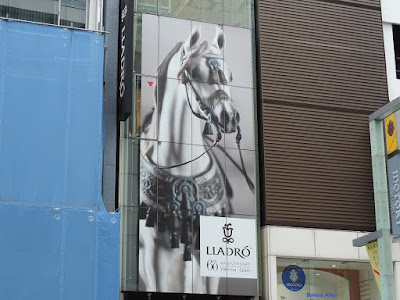 It was another good day in Tokyo, though our nearly non-stop walking around is taking its toll on us.  I think I'll need to sleep for a week when we get back home!

I'm so very happy that I was able to see Hachiko.  As recent as a couple of years ago, I would have never thought it would happen.  Even after making our move to Japan, I wasn't sure I'd make it there.

That made the whole trip for me.