Yabusame - I Did It! Sorta

At the horse festival a couple of weekends ago, I actually had not one pony ride, but two.  The second was a chance to try Yabusame (Japanese horse archery) on a horse.

They started me off on the ground with three chances to shoot the (looong) bow that they use.

It is quite a bit different from the horse archery that I'm used to.

First, the bow is quite a bit longer.  Secondly, as I experienced the first time I was able to shoot one - back in March, they use arrows with a weight on the end.  Most different of all I think, is the way in which the bow is drawn. 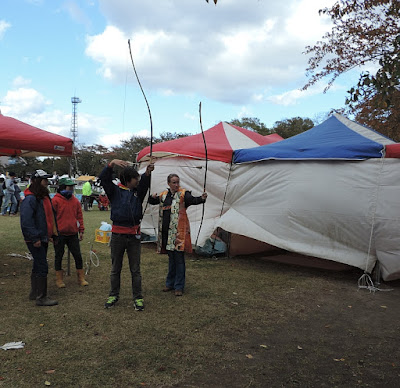 Then, instead of drawing the string back, the bow is actually pushed away from the hand holding the string, as it is lowered to sight the arrow. 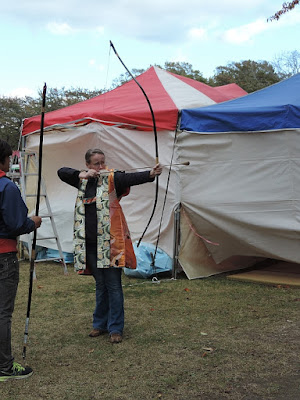 In Yabusame competition run there are three targets, so you get three arrows.  I was given three arrows to shoot on the ground and then it was time to get on a horse!

They had several horses available and told me I could pick one.  I ended up going with the one that was in front of me.

Trying to work things out, horseback. 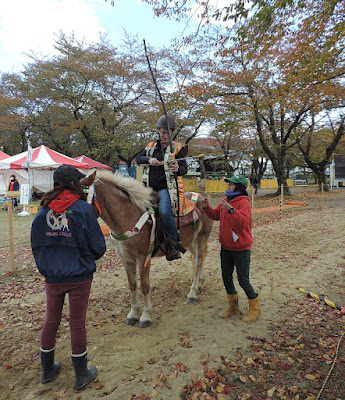 Up goes the bow. 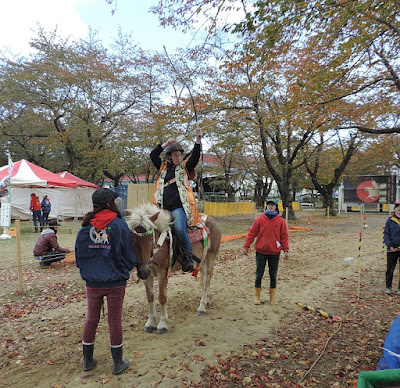 Knocking another arrow and trying to remember everything that I'm supposed to be doing. 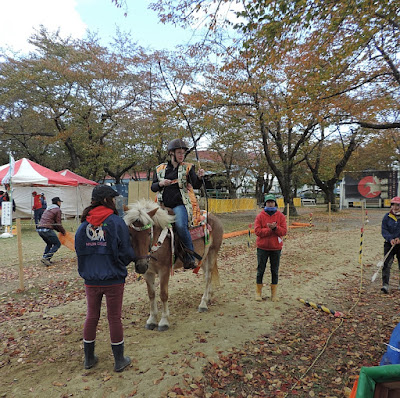 Lining up on the target. 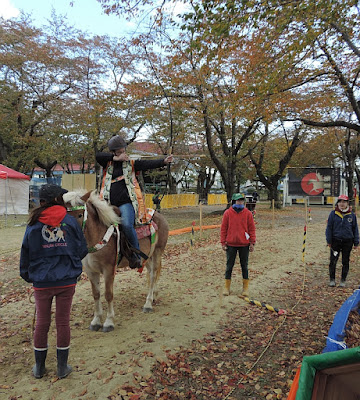 Away went the arrow.  When they loose an arrow, they sort of let their hand fly back away from the bow string.  Obviously I have not mastered that move. 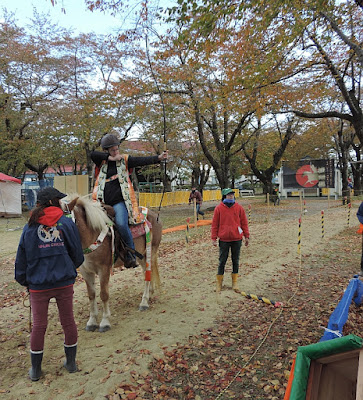 Out of three tries, I hit the target twice, the other arrow bounced off the edge.  Pretty good, though of course I was sitting still, right in front of the target.

I've got a long way to go before I can do this: 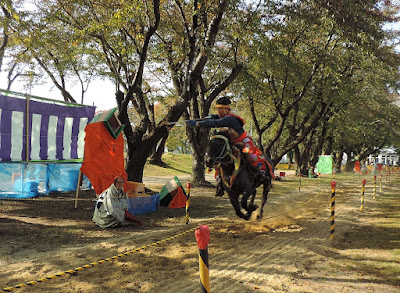 Still, I'm glad for the chance to try it out.  I'm still looking into lessons here.  They are expensive... but it is a cultural experience that I'd like to take advantage of while we are here.