Jennifer Buxton of Braymere Custom Saddlery is having a Winter Photo Challenge.  I've been dying to enter ever since she announced it, but the Stock Show preparations - and then manning the booth - have taken ALL of my time lately!

Today I have a half day of sorts from the Stock Show (I had to come home early to laser some new things) and I decided to sneak in some picture taking so that I could enter!  ;)


1. Vintage
I couldn't decide if I'd go with some of my first OFs, or one of my first customs.  Today I realized that I could do both in one family.  Here are the family Arabs in charcoal.  The stallion and foal are unmolested (other than being played with by my mom.. and me), but alas, the mare is sporting possibly my first paintjob on a Breyer (or as far as I got anyway)  So, here we go - vintage OF AND custom, all together (bonus for the snazzy vintage "leg wraps" the FAS is sporting... ha!): 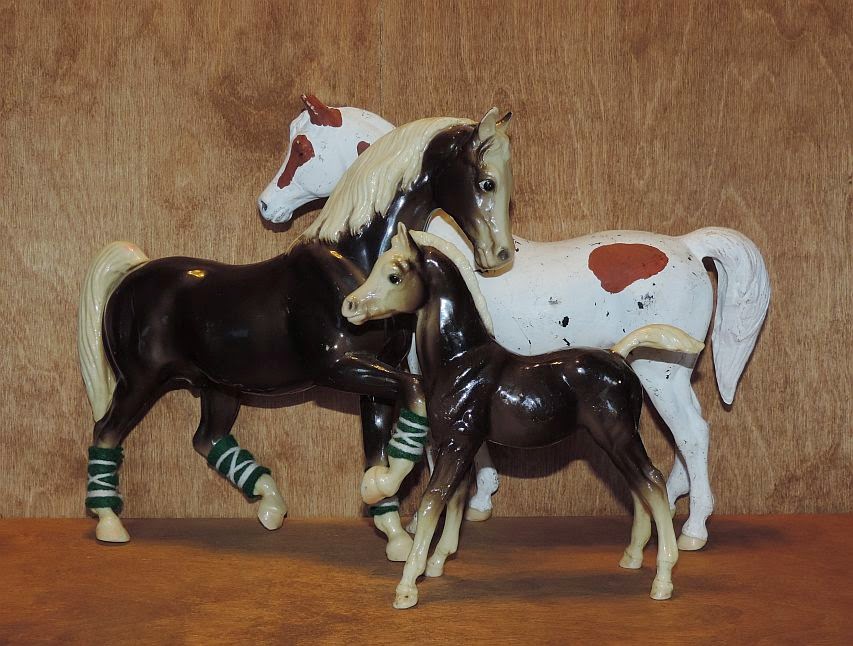 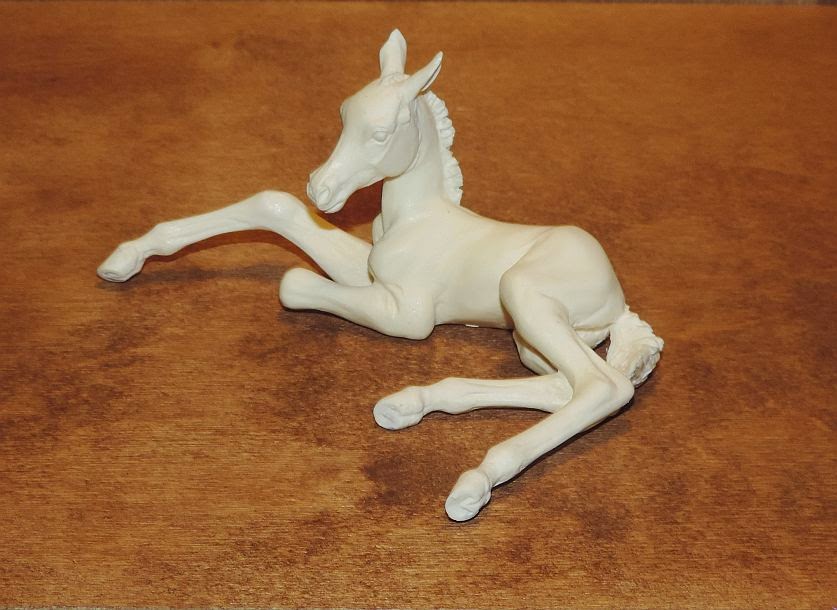 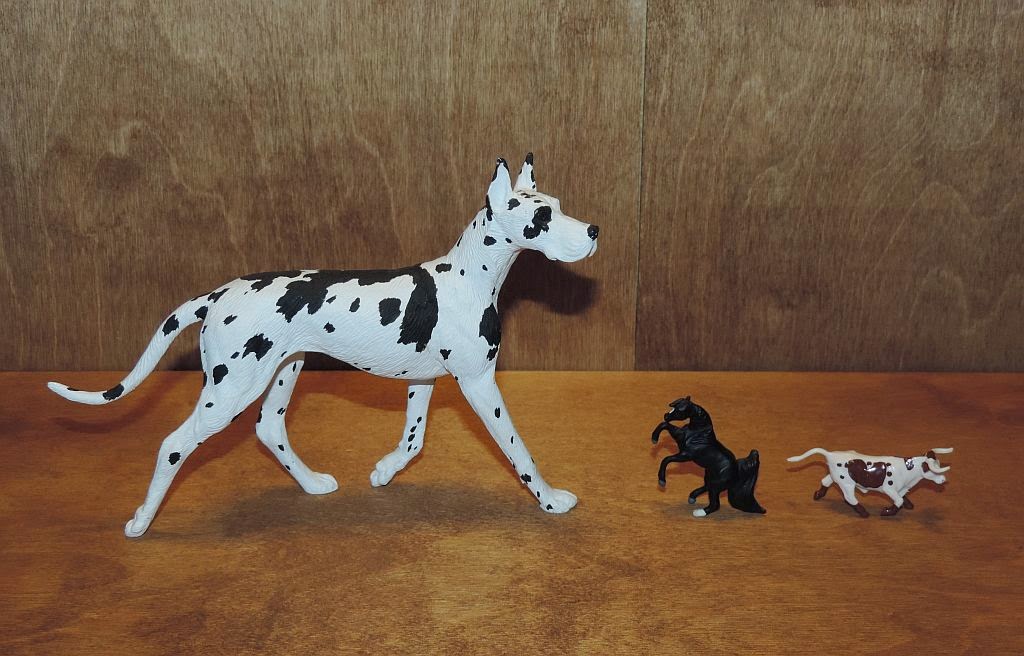 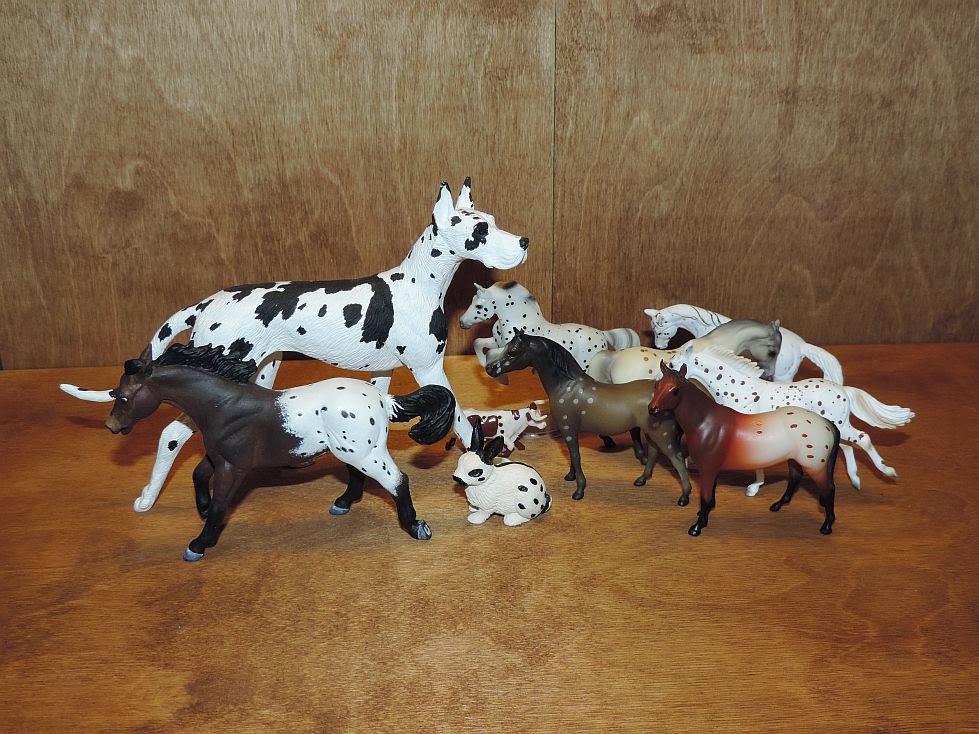 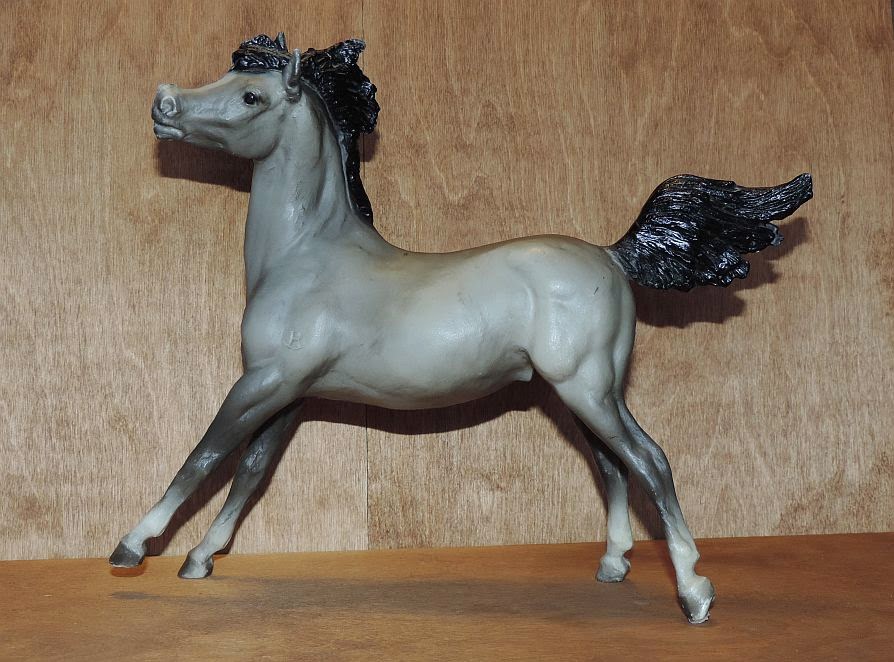 6. Rare breed
This is the rarest model I've ever owned.  She is also uber rare to me in that she is the first big thing I've EVER won in any kind of a drawing.  I've never had any kind of luck in that sort of thing, but if it was all saved up to have her, it was worth it.  When they called my name, I didn't even know what to do. 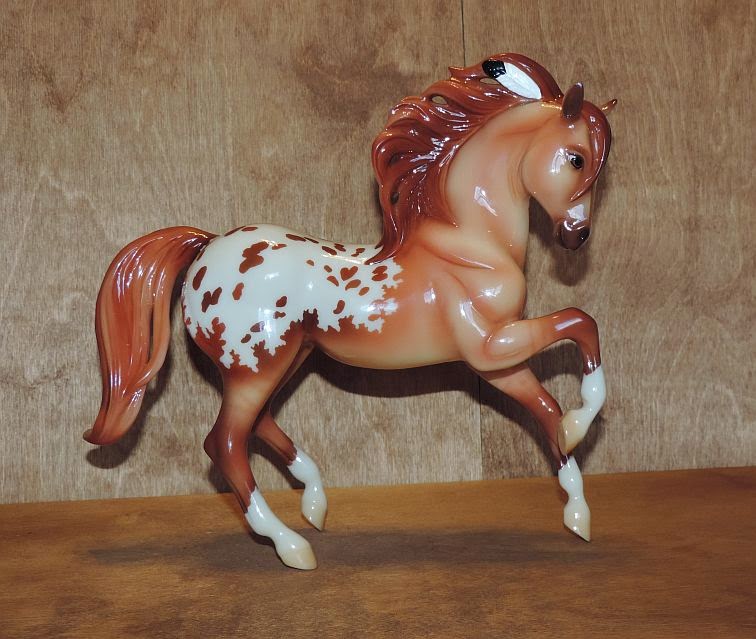 7. Portrait
An old portrait model I did of an old horse named Sonny.  He belonged to a friend and fellow boarder, many years ago.  He passed away right before I gave her this model.  It wasn't meant to be a memorial of him, but it ended up that way.  I'm glad I was able to do this for her and that she liked him.

8. Conga
Smokey is not one that might be normally seen in a conga, but I have a bunch of them.  He was my very first Breyer, the one that started it all.  Now I have several and even more in the body box that aren't here! 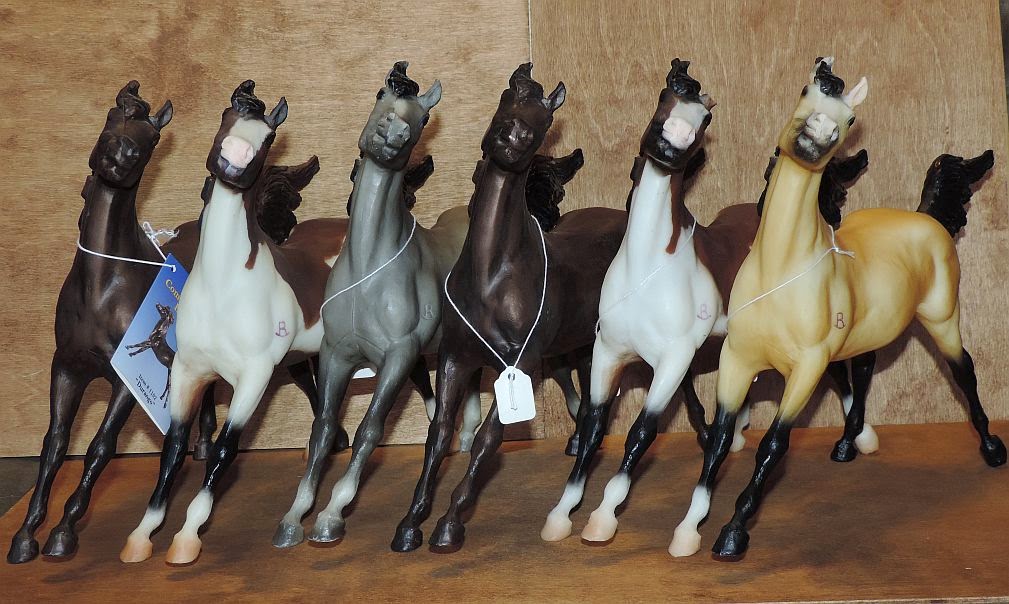 9. The great outdoors
Rose and her sleigh on Christmas morning 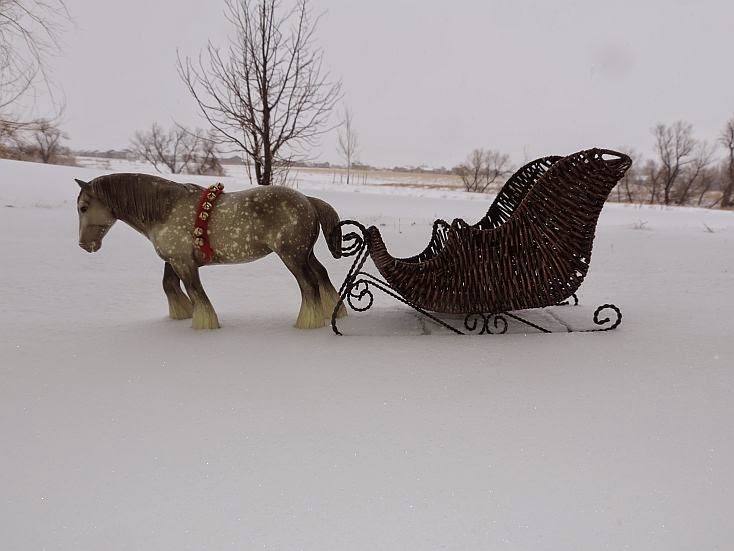 10. Best in show
Darkness Falls, my first ever Overall Champion at a live show and a most unexpected one.  He took the honors for Overall Champion OF Breyer at my first live show in over a decade.  I felt like a little kid again.  And like any good stallion, he added more mares and foals to the herd.  ;)  (pictured with his winnings - rosettes and moar horses!) 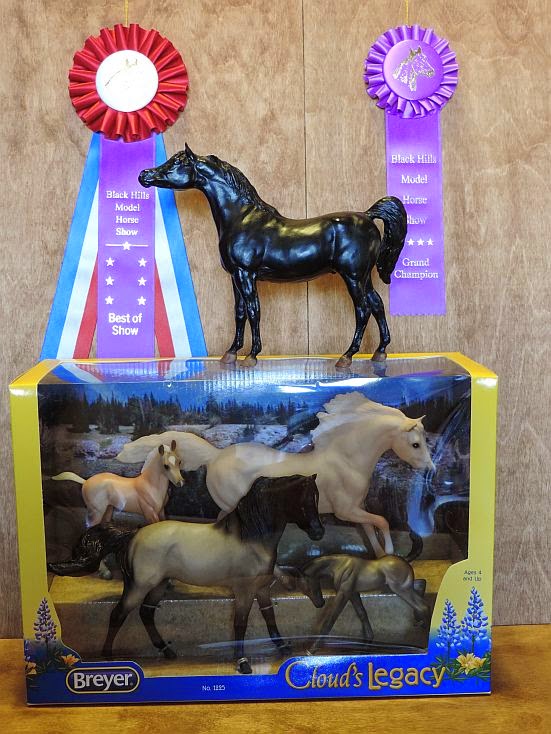