Apologies for most of the pictures here.  I didn't take my camera, I thought I wouldn't need it.  (when will I ever learn!)  Thankfully I had my phone, but it doesn't take the best pictures...


The event was put together on Facebook as a "Thrift Store Adventure" and that's what it was.

I had my alarm set for 6am, a friend picked me up just after 7, and the convoy of vehicles rolled out around 8.  Our first destination was about two hours away and appeared to be an antique store.  I was dismayed by the prices, not knowing what to expect.  I saw this ceramic horse statue and thought it was neat, but it was priced at about half of my budget for the whole day, so I passed. 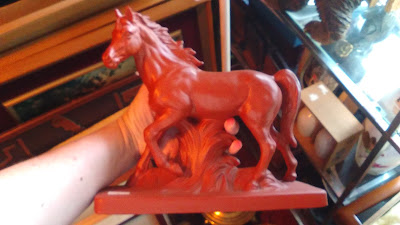 Plus, even though I thought it was neat, nothing about it said "Japan" and that's the kind of thing I was hoping to find.

There were also other horses, which I was happy to see. 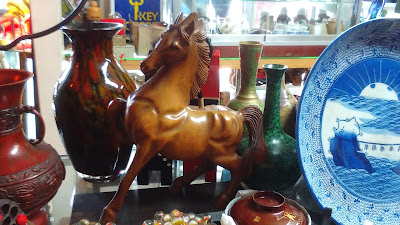 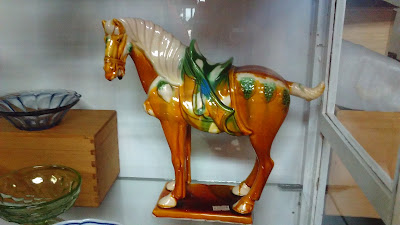 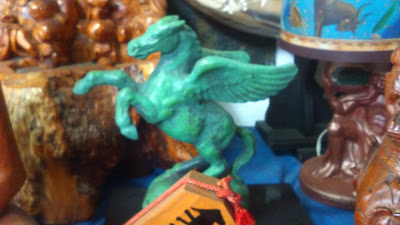 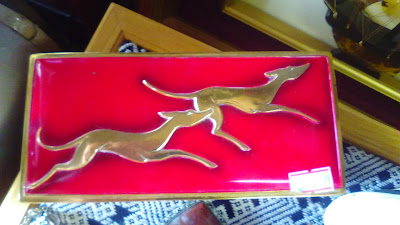 I left the first store empty-handing and thinking I might not find anything in my budget for the day.  Ah well, I was still hopeful.

Across the street was a sake brewery, inside of a beautiful building.  The entire area we were in was mostly made up of gorgeous old wooden buildings.


Inside the brewery, they gave out samples of sake and I tried a couple of them.  I was browsing around when I found they had sake cups for sale and I thought some of them were very pretty.  So I bought a few, just to have.  We don't have any sake and I don't think I'd ever even tried it before, but I thought the cups were neat.  The American equivalent would probably be a shot glass.

The sake brewery had an absolutely stunning courtyard type of area that we were able to look at, after taking off our shoes to walk up to it.  They said we could take pictures and this was when I really started kicking myself for not bringing my camera...  Still, I'm glad I was able to, sort of, capture the beautiful view. 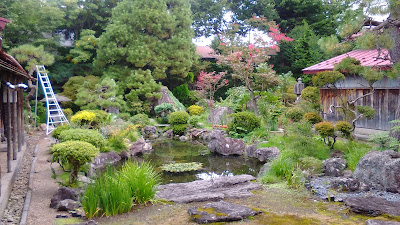 There was also a model inside, showing the whole brewery and (unfinished?) courtyard.  I guess it's because I'm into crafty stuff and miniatures, but I notice these types of things!  I pointed this out to a few people on the shopping trip and their reaction was sort of an, "uh-huh" - while I thought it was really, really neat.  lol 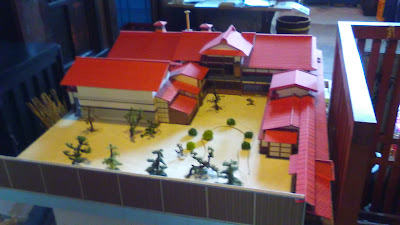 Our next stop was an outdoor market and there my shopping luck turned around in a big way.

There was a lot of interesting stuff at the market, but the first thing I spotted that I was really interested in was another ceramic horse.  I found out he was only 300 yen!  (about $2.50)

So, of course, I bought him. 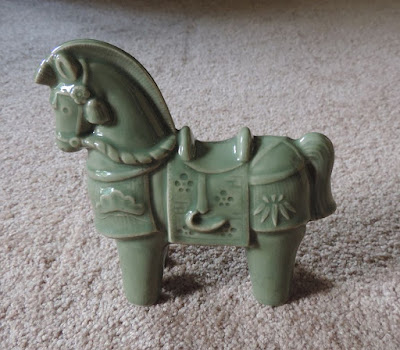 He is an awesome little due.  He looks like a mighty warhorse, but at the same time, cute. 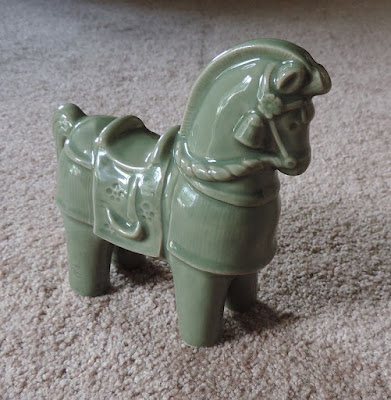 This vase caught my eye, I love the color blue. 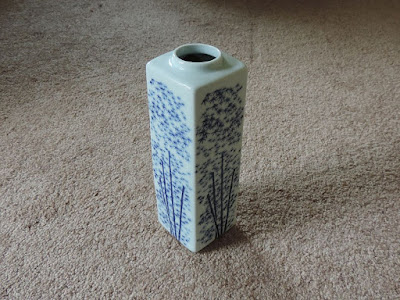 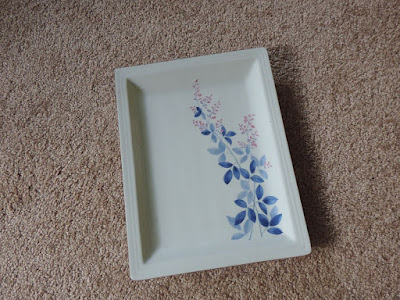 Next, I bought this wall hanging.  It was the most expensive thing that I bought that day, still only about $8.00  I'm not even sure what it's made out of; it is heavy and has a sort of leathery feel to it on the front. 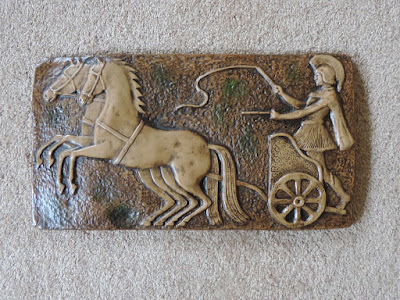 Last up, for purchases at the outdoor market, was this set of bowls.  Yep, blue.  I may be in trouble here.  This blue is my favorite shade of my favorite color and it seems to be very common color on...  everything over here. 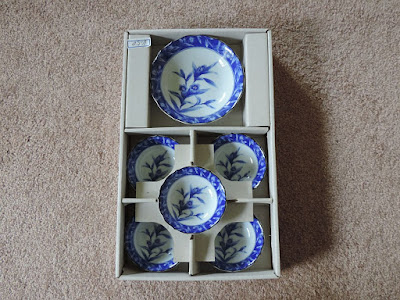 At the market there was also a grocery store and we all bought something to eat there.

After the market, we went to another couple of antique stores - more high prices - then onto a couple of used kimono shops.

Finally, we stopped in at a "recycle store", basically sort of a thrift store as I understand it.  I had decided I was done buying stuff for the day, but then I found a clearance bin of kimonos.  Thanks to the clearance price AND the fact that everything in the store was an additional 30% off (including clearance!), I bought this kimono for about $1.50 - it was the score of the day I think. 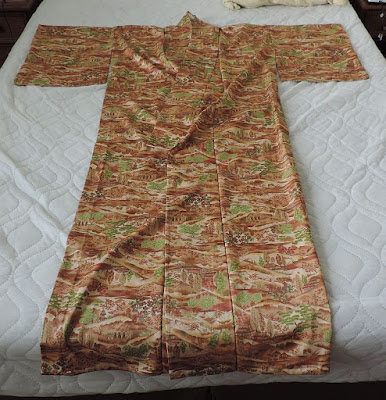 I love the pattern of the fabric and the colors. 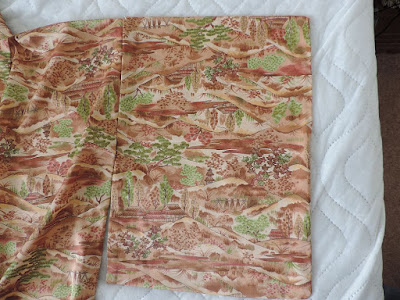 An even closer closeup: 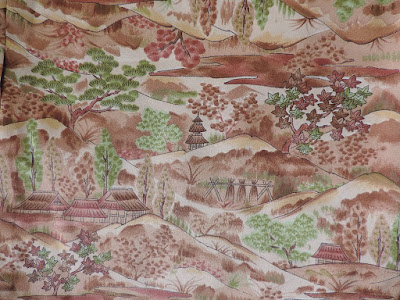 This is my first actual kimono and I need several other pieces before I can wear it properly, but it is neat to have one.

It was a looooong day and I certainly needed time to recharge afterwards, but I had fun and am glad I was able to find some neat things for not much money in the end!