First off, we made it!  We are in Japan and after a first week that was beyond busy, we are trying to get settled in now.  We have a house, a car, our dog and cat, a tiny bit of our belongings, and a bunch of borrowed furniture.  Hopefully the rest of our things will be here soon, then will come a marathon of unpacking and - what I'm looking forward to most - setting up my new Studio room!

Many years ago, in school, I first learned about the 12 zodiac animals.  I had learned then that I was born in the Year of the Horse and my first thought was "Well, yeah, of course!".  I always thought it was neat that not only do I love horses, I just happen to have been born in one of the horse years. 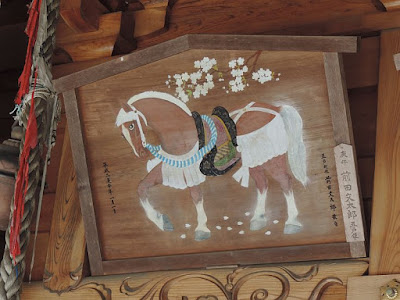 When we heard we were coming to Japan, one of my first thoughts was , "I wonder if there will be any horses near us?"  I had done a few quick searches right away and learned of some sort of "horse park" in the nearby area, that was about it.  I knew that horse racing is popular in Japan, and I figured if nothing else hopefully we'd get to go see some of the racehorses somewhere.


One of our first days here, we came across a newsletter that talks about local attractions and events.  The cover story just happened to be about the horse park I'd found in my early searches.  Jeff commented how it was interesting that they featured the horse park on the cover of the issue that was out right when we got here.

Our first trip through the shopping options on base, we saw a few gift shops that offered these blocky, stylized horse-shaped objects for sale.  Some were brightly painted, others were plain - for you to paint yourself, we imagined.  We thought they were interesting, then we moved on with our browsing...  (more on them down below)

Last Friday, we went on a tour the base does for newcomers.  We were all given a "Welcome to Misawa" packet.  In it, I was excited to read this, under the heading of history:

One of the stops on the tour was a beautiful Shinto Shrine in Hachinohe, a city not far from Misawa. 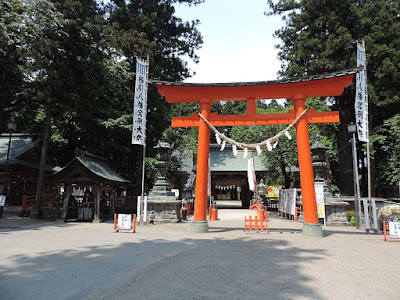 I noticed many horse related items here, including the picture at the top of this post.  There was a painting on display for each of the 12 zodiac animals.  The paintings had been done by local artists.  I was most excited to see the horse...

(but the dragon was really cool too) 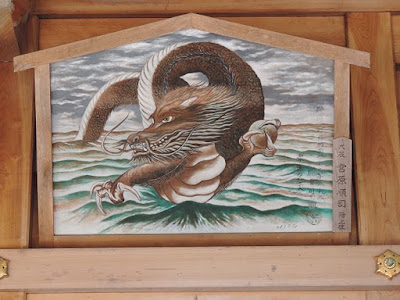 There was a long section covered in hanging wooden signs and several of them featured horse paintings. 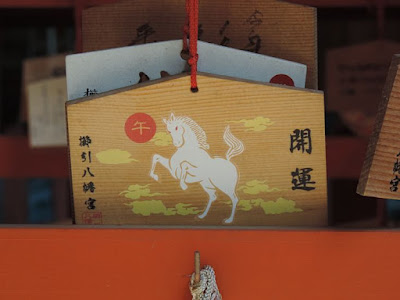 I thought the archery one was really neat.  (no surprise there, since I do horseback archery) 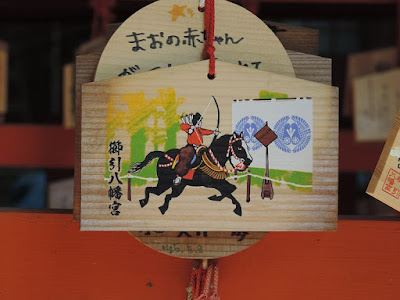 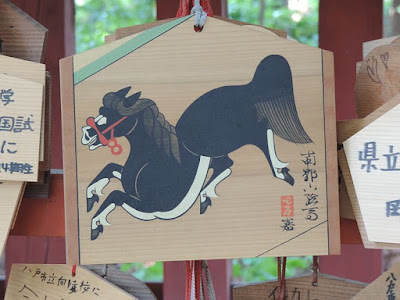 Hmmm, there's another of the "blocky" horses we keep seeing around. 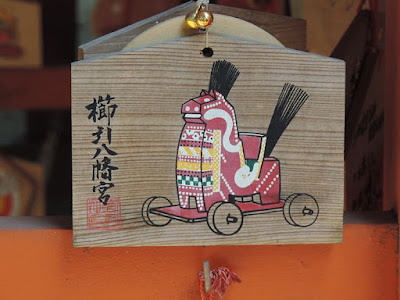 We later learned that these signs are all hopes and wishes that people had written (on the backsides) and hung at the shrine.

(from a printout we were shown):

"Please take a look at these small wooden tablets.  They are called Ema, votive pictures of horses.  When people have a wish, they write up their wishes on the tablets and hang them up here.  Typical wish is success in an entrance examination.  Ema means literally a picture of a horse.  This name originates from the fact that real horses were once offered by the wealthy in exchange for blessing at shrines.  However, nowadays, many have different pictures of zodiac signs or other Shinto imagery."


The blocky horses were also in several places around the shrine, in different sizes and colors. 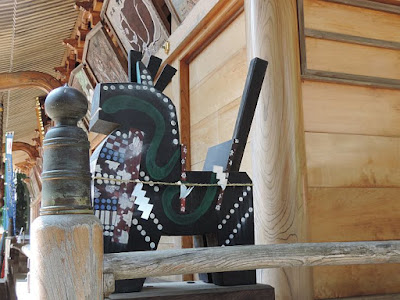 Black and white, one on each front corner of the main building. 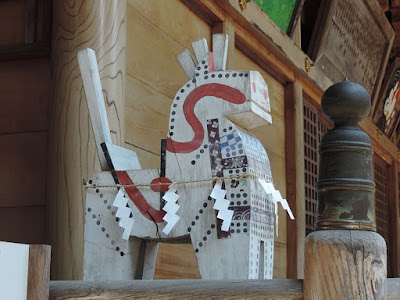 These two were off to the side and were much larger than the first two. 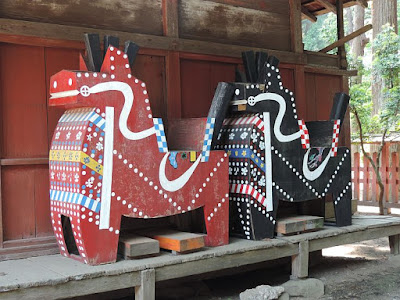 I believe all the ones we'd seen so far were made of wood, but this one was carved stone. 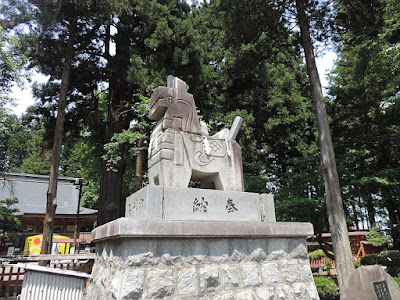 We finally asked one of the volunteers at the shine about the horses.  She showed us a printout, this is what it said:

"The horses on both sides are called Yawata uma, which means the horse of the Yawata Shrine.  Yawata Shrine is another name of this shrine.  I think you have seen the similar carved wooden horses at shops around here.  It is called Hachinohe horse by American people.  They are popular souvenirs.  Some of you may wonder why a horse-shaped craft is a souvenir in this area.  One reason is that northern Japan has been known for breeding good horses.  Farmers began to make horse-shaped toys as a side job during agricultural off season and sold them at festivals about 700 years ago.  That is said to be the beginning of the Hachinohe horse."

Once I processed all I'd read and seen about horses in this area, I had the same feeling I'd felt when I discovered I'd been born in the "Year of the Horse"...  "Of course!"  I think it's super exciting that we happen to be in an area that was renowned for its horses and with, as it turns out, horses all around us!