When we went on our Newcomer's Tour, we learned of a great source for local events.  About a week ago, they shared that there was a horse event going on in a town 30-40 minutes away.  They called it a "Strong Horse Iron Pull" event; I'm assuming that was the translation.  This picture was the only information I had to go by as far as what it was: 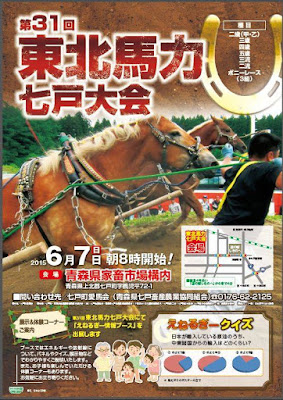 I had assumed it would be a draft horse pull, something I haven't actually seen in person.  I haven't even seen a horse in a little while now, and I've been eager to check out some Japanese horse events, so, off we went!  (To Jeff's credit, there was also a hike up a volcano the same day, which he was dying to do, but he said we could go to the "horse thing" instead - gotta love him!)

We hit the road on our very first little road trip here.  There were a lot of trees along the way.  Much of this area has forest on it, a lot of that is replanted forest. 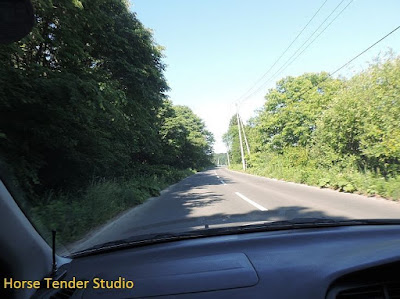 The other thing you see a lot of in our area is farmland. 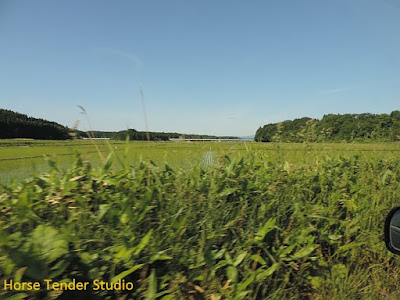 There are also several little village areas scattered around. 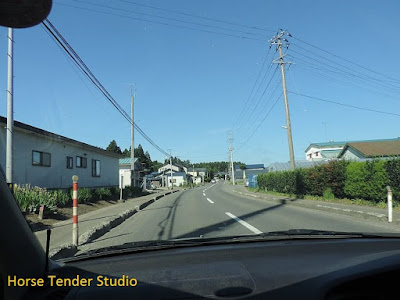 In the distance at one point, we saw some mountains with snow still on them. 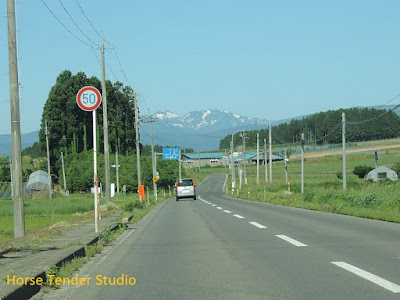 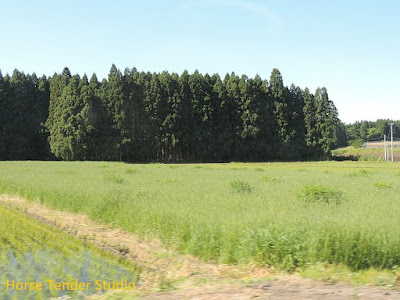 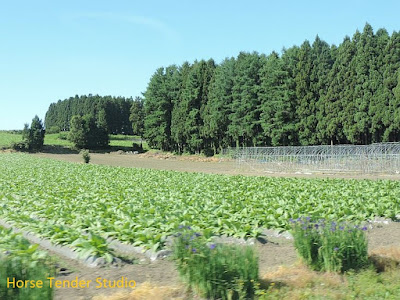 At one point we were suddenly driving through a dense forest, crowding in on either side of the road.  It was very cool! 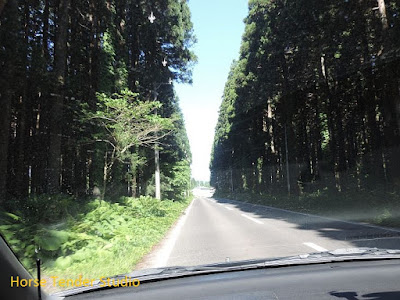 Then we arrived at the event, after a bit of a snag in the directions that we'd been given.  Thankfully we'd also looked it up ourselves and got GPS coordinates.  The GPS saved the day - even if it is highly confused about road names here.  It tells us we are "driving on ???????"  ha!

This was the first horse I saw.  Wow! 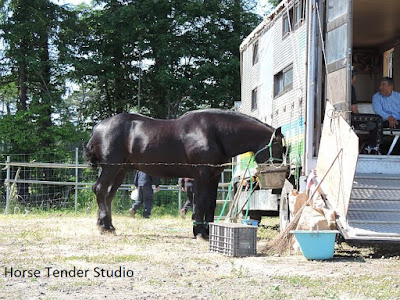 I knew it was going to be a good day.

We made our way to the viewing area and I quickly took this picture of another horse walking by.  The horses were all gorgeous. 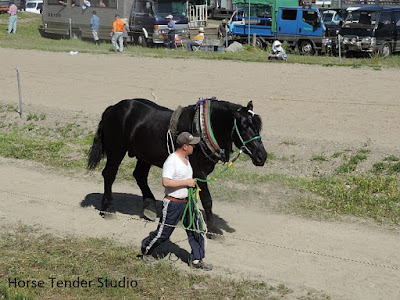 We started off watching from quite a ways down the track, near the end.  It quickly became apparent that this wasn't just a draft horse pull... They were racing! 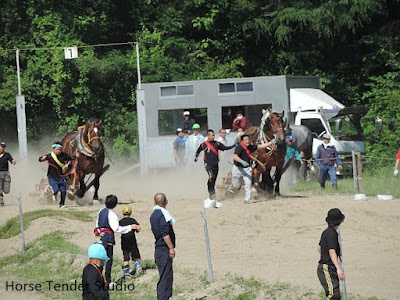 Partway up the track is a small hill, almost like a speed bump.  Then there's a flat area and then...  the big hill.  The horses had to power up and over a short, steep hill. 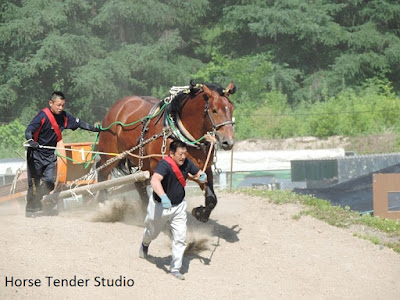 Once over the hill and back on the flat, they run for the finish! 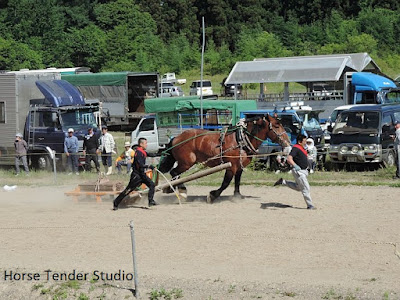 That was the first race that we saw, with many more to come throughout the morning and early afternoon.

I took about 900 pictures, and video clips, and as I go through them, I'll be doing more blog posts!  I probably have enough pictures to blog about this for a week or two...  It was an interesting event and a lot of neat stuff happened.  There were also many different types of horses that ended up competing - from massive draft horses to tiny ponies.  Much more to come in future posts!