After writing my last blog post, something occurred to me.  I suddenly remembered something else that I'd meant to pack myself before the moving chaos became..  more chaotic.  The movers came and started packing a week early and when they returned a week later to finish up, I was stuck in Colorado visiting my Granny.  I ended up being snowed in there, trapped by closed mountain passes, and didn't make it home until the packing was in full swing.

The other things I'd meant to pack up myself were my small collection of Hagen Renaker animals.  The Breyer horses have proven their durability, not breaking or taking more damage than minor rubs and scratches, despite being crammed into boxes with no padding, but...  what about the HRs?!

I did have two HRs in my old studio room, a fox and fox cub.  The same guy who "packed" my horses, wadded these little ones up in a ball of paper with a heavy Stone Critter (!) and some other rocks.  :|  Luckily, the only thing they suffered was a tiny chip on the cub's ear. 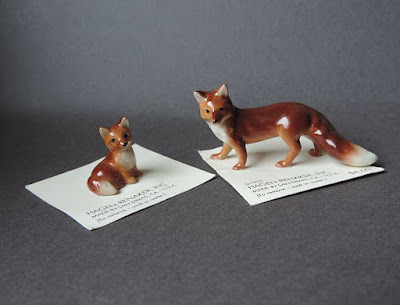 I could make it sound dignified and say that I casually set out to find the other HRs after writing my last blog post, but that wouldn't be true...  Instead, I hurried downstairs and marched into the living room to pick up the "L/R figurines" box that I had a feeling they were in.

Yep, they were in there and...  they survived!

I was most worried about my moose, but he is intact! 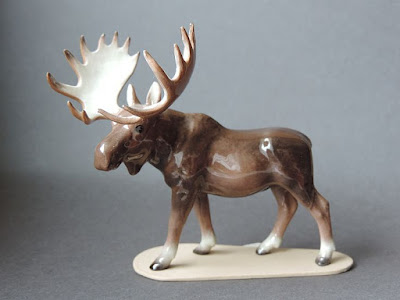 Everyone looks fine, including the Shetland ponies, 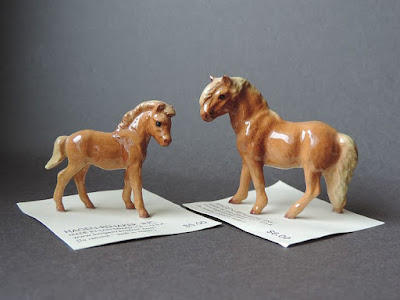 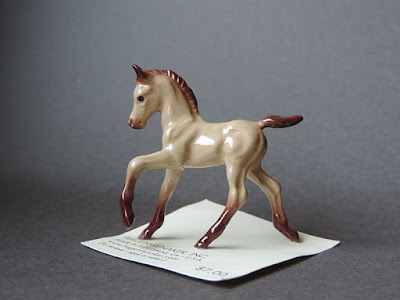 and my Pit Bull. 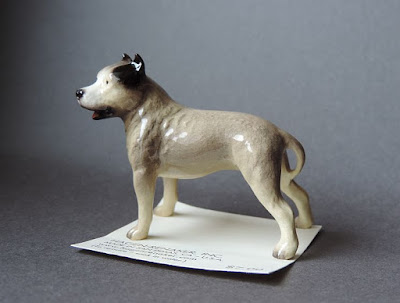 What I found funny about it was that they have their own box, full of packing material, that I've carted them all over the U.S. in.  In preparing for the move, I had put their box right next to them, intending to wrap them up myself.  Instead, the guy who packed them, wrapped them in packing paper, put them in a box and put their box in that box, empty.  So their box came with them...  separately.  Haha. 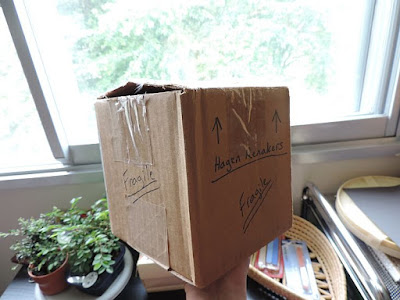