It's been a bit since I've posted anything about my little bonsai trees.  I was on a waiting list for a bonsai class offered here and in the meantime have been trying to "wing it" myself with books and a few little trees I'd found at a local home improvement type store.

I was finally able to join the class back at the end of October.  When I signed up, I was told that the instructor would give a couple of plants to start with.  My first class, he gave me eight tiny bonsai and a pretty ceramic pot!

During the first class, I learned about using wire wraps to train a tree to grow the way you want it.


I also learned a bit about pruning, styling, and why moss is bad.  (but I love moss!)

In my second class, I did my first transplant, moving a baby tree from a temporary plastic cup into the ceramic pot I'd been given during the first class. 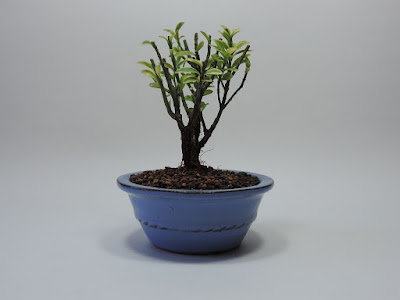 I learned about the care of a newly transplanted Bonsai, they should be in "ICU" and very carefully cared for for a couple of weeks afterwards.

At the second class, I also bought two more (tiny) pots from the instructor. 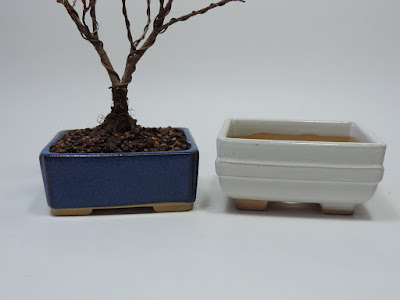 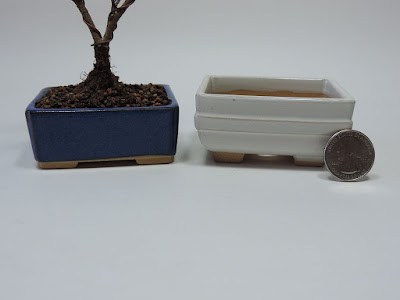 In the third class, I did some plucking of fall foliage, and another transplant: of the azalea that I'd pruned and wired in the first class.  It now lives in the tiny blue pot that I'd bought in the previous class. 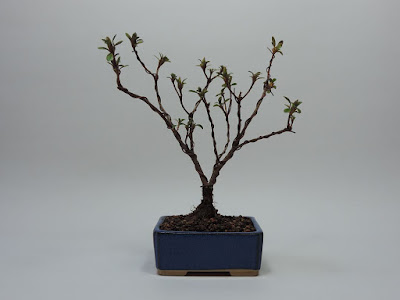 I was also given my own shaped bamboo stick - an important tool that can't be bought, only made - and during class I did the finishing work on it (sanding and smoothing/shining). 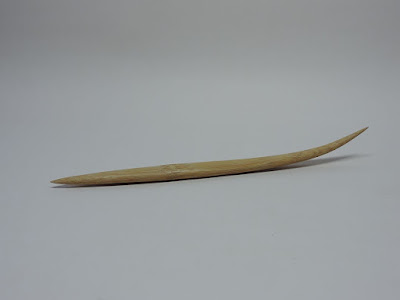 Also, one of the other students brought in a box of ceramic bonsai pots and was selling them for only $2 each.  I bought several of them. 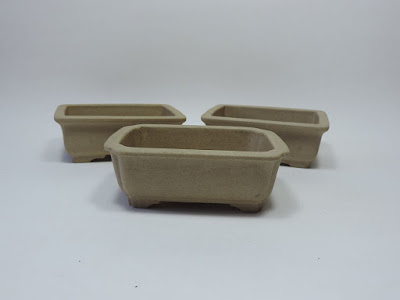 Unfortunately the next class is this Saturday, the same day as the winter vendor show I've been (madly) preparing for this week.  I ordered two bags of soil and also asked the student who had the pots last time to bring me a few more of them.  Hopefully I'll be able to slip away from the vendor show to pick up my soil and pots.  I've been wanting the special soils for a little while now.  Since I now have plenty of pots and a bit of know-how, I should hopefully be able to do my own pot changes and get the rest of the little ones into better homes.

As for the trees that were my real starters, they are doing okay.  My favorite, the Chinese Elm, is in winter mode, having dropped all of its leaves - just like the full size trees outside.  I wish I'd gotten pictures of it in fall foliage, they were bright yellow and very pretty.  Alas, time got away from me, so I don't have a pretty autumn picture, just the winter phase: 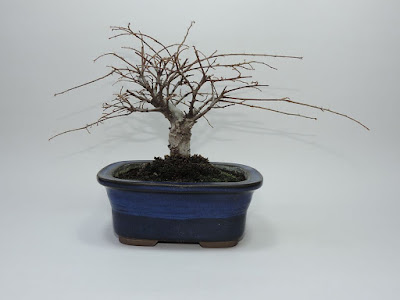 My other one, still unknown type, still has its leaves.  I'm not sure if it's an evergreen or just slow to shed.  I'm thinking it might be a type of evergreen.  I will most likely take it to class at some point and see if they know what it is. 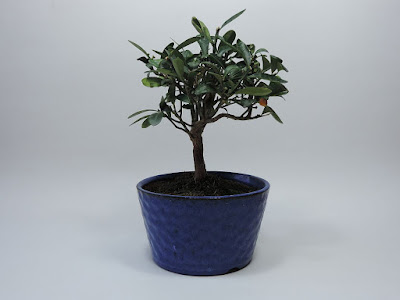 I'm enjoying my miniature forest and looking forward to doing more with them.