So Much Sea Glass

A side project over the last few days has been to work on cleaning up the sea glass I've found on all of the trips to the beach.  I've been rinsing them off, then soaking them in bleach water.  Finally, another rinse, and laying them out to dry.  It's been fun and boy do I have a lot of neat pieces and colors.

Batch one - including a piece of china in the lower left, also found on the beach: 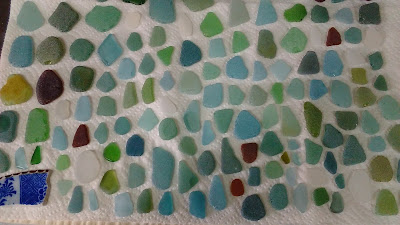 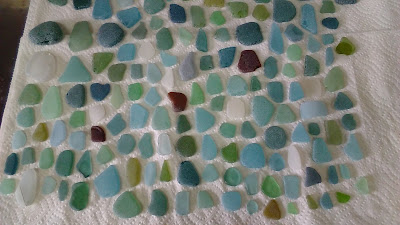 Batches three and four, rinsed and laid out to dry at the same time: 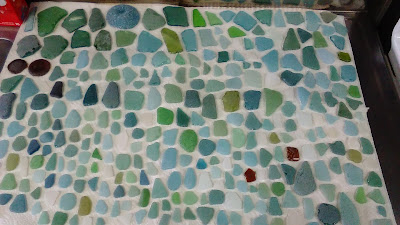 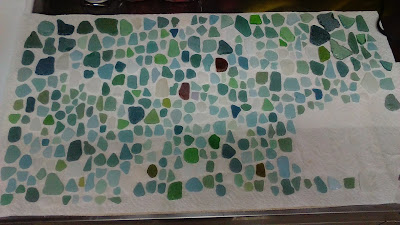 I've still got at least two or three batches left to clean up.  Then I plan to sort through all of it.  So far I haven't had a concrete plan for what to do with it, but I'm getting some ideas.  So I think the pieces that I don't want for my projects I'll be giving away, or possibly selling if they are very nice, but not quite what I'm looking for.

There are some large chunks that I'll have no use for, but I did gave one of them to a friend yesterday for her fish tank, along with a handful of a type of rock she's collecting that I had some of in my beach loot stash.  The sea glass piece was one she'd seen on our last beach trip a few days ago, but decided not to pick up.  Then she said she wished she had.  She was happy to hear that I had it, I guess me picking up all of it, whether I'm sure I'll use it or not, is okay.  (ha!)

The title of this post is inspired by a Kid Snippets clip.  If you haven't heard of them, you should go check out some of their videos.  The premise of their videos is this: "If movies were written by our children".  This is the first video of theirs that Jeff and I had seen, a few years ago.

We use quotes and partial quotes from it, and some of their other videos, fairly often.  In the case of this blog post, "Did you see so much money??"  Replace money with, anything...  Another favorite from that episode is: "I'll have it."

A couple of our other favorites: