It wasn't until I saw a comment on my post of our first day in Tokyo that I knew anything about guinea pigs there.  I shared this bit of info with Jeff and he'd asked, a bit incredulously: "There's a guinea pig zoo here??"  To which I replied, "This is Tokyo.  There's supposed to be some crazy stuff here."  He agreed, then said, "Look it up, let's go."

I did a bit of research and quickly found that the Ueno Zoo was supposed to have some sort of guinea pig "thing".  We had planned to go to a zoo, there are (at least) two in Tokyo.  Ueno was closest, so that also helped make our decision.

The proper zoo post will come later, but first - by special request - here are some of the guinea pigs in the Children's Zoo portion of Tokyo's Ueno Zoo! 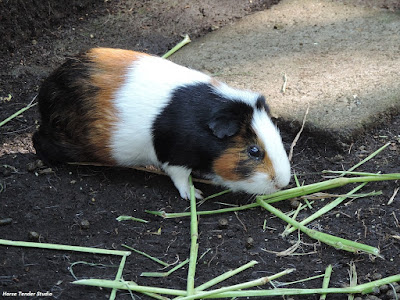 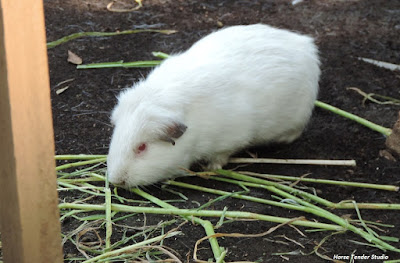 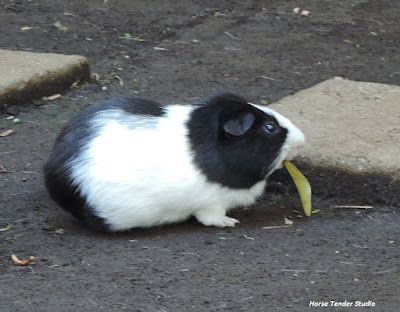 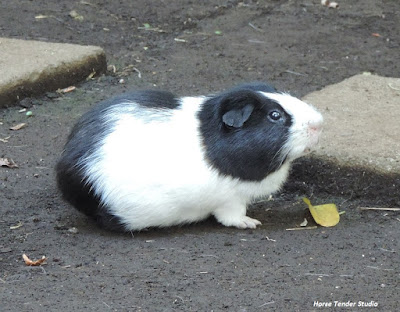 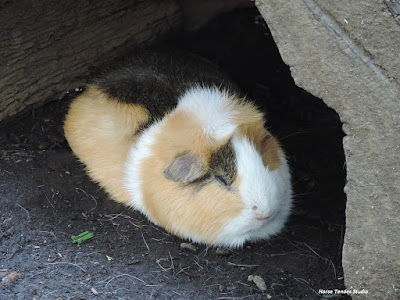 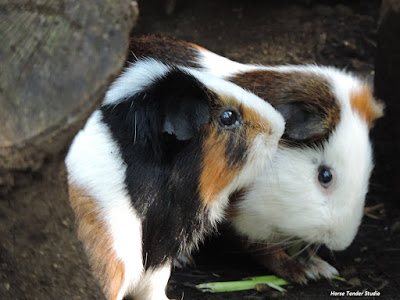 Part of the area they shared with a couple of rabbits.  If you look close, you can see a pig in the log, center of the picture! 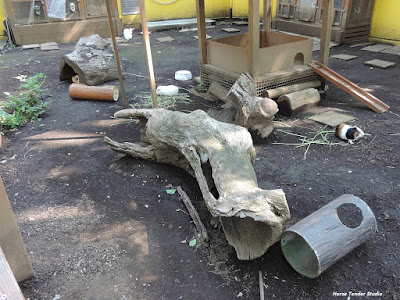 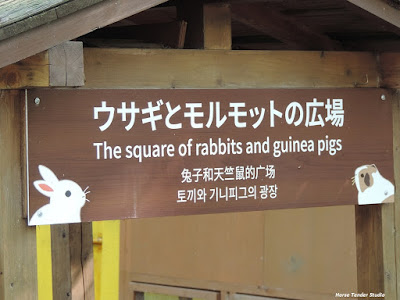 Their pen was connected to a building with this sign. 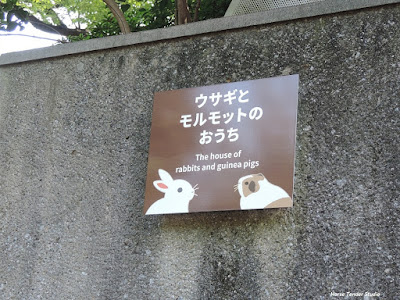 The building had a couple of windows and we peeked inside to see a BUNCH more rabbits and guinea pigs inside!  The building seemed it was not open to the public.  There were a few sweet older ladies at the entrance/exit to the Children's Zoo and one of them asked us if we enjoyed the zoo.  I said yes, very much.  I asked her if there was a guinea pig show and she said no, there is no show, but we can pet the animals.  She pointed to a pen that had a few goats in it.  I had seen a sign that had different animals on it with times listed.

We are thinking that at those times the animals are available to be petted or maybe that's when they feed them and that's when all of the guinea pigs come out.  We aren't sure.  Unfortunately, we had to get going and couldn't wait the two hours until the "guinea pig time".

Maybe next time we will see what happens!

Another sign we saw on the way out of the Children's Zoo area: 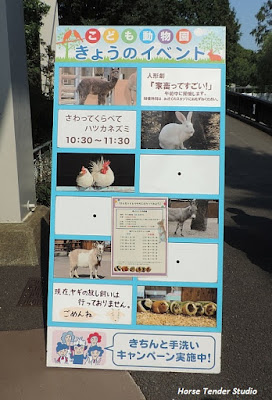 I didn't quite take dozens of pictures, but I hope you enjoy them!