This afternoon, Jeff wanted to go fly his quadcopters; he hasn't done that in a while.  I thought it might be a good opportunity to get some new pictures for photo showing,  So I packed up a bunch of ponies, and off we went. 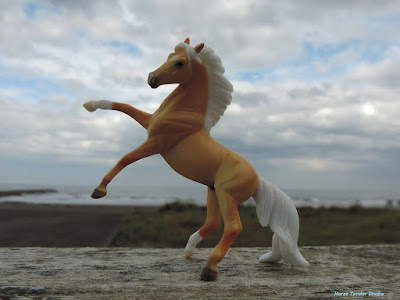 The stormy clouds did make for some interesting backdrops. 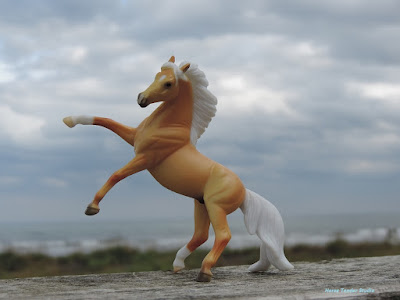 I only took a few pictures, before putting all of the horses back into the car.  Then I went back to hang out with Max and Jeff. 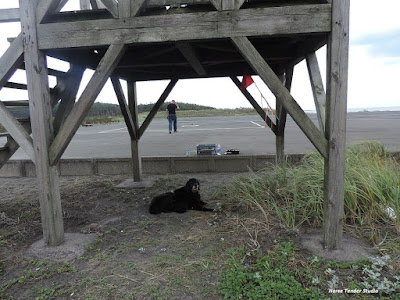 This was my backup plan, making tassels! 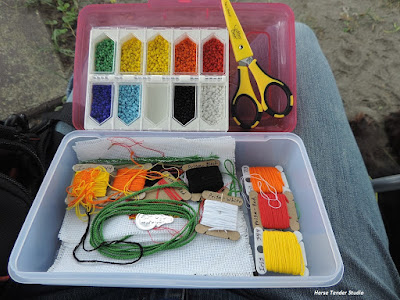 What Jeff brought to keep himself busy. 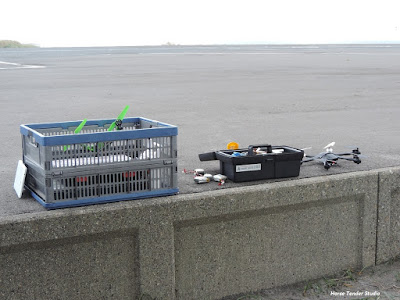 After a while the sun came out, but the wind picked up too.  Jeff quit flying and we decided to try and take Max for his first beach walk since he was hurt.  We weren't sure if he'd be up to it, but he made it all the way down to the water. 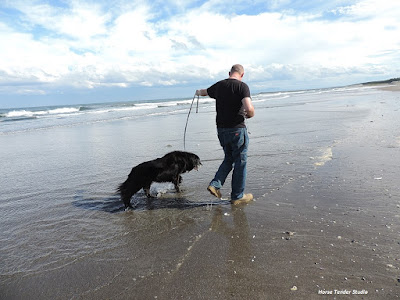 Jeff found this little guy right on the edge of the water! 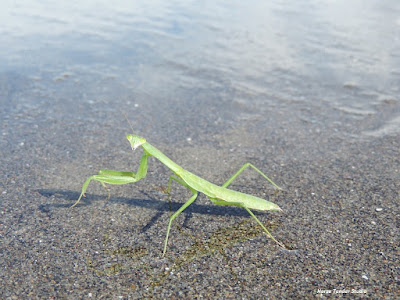 The  next wave that came in started to sweep him farther out.  I performed a mantis rescue, offering him a stick, which he immediately latched onto.  Then I carried him back up the beach to the grass and he hopped off. 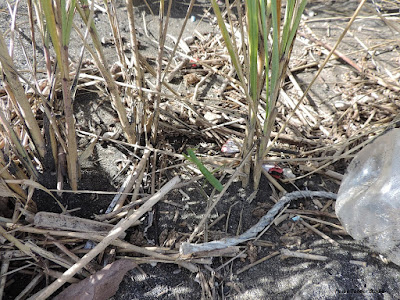 When I went back down to join Jeff and Max, Max had plopped down in the water. 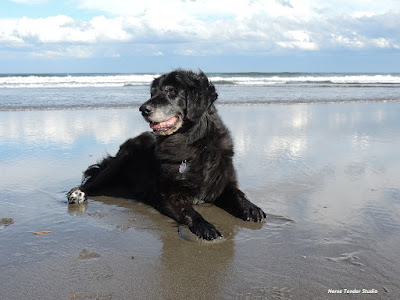 A Max laying in water is a Happy Max. 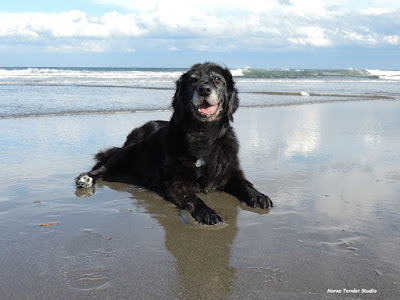 After letting Max soak in the ocean for a bit, it was time to head back. 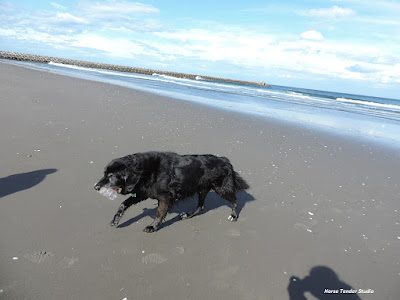 Max made it all the way back up to the car under his own power, even hopping down a ledge that we thought he'd need help with.  He's still not quite as strong as he was, but he's doing so well!

It was a good day at the beach!

Oh and I kept working on building tassels after we got home and I have a bunch of them done now for the next costume.