A few days ago, on the shopping trip where I found the new Hachinoe horses, I also had another exciting find.

One of the main reasons I went on the trip that day was to go to a craft store and pick up some floss for a special project. 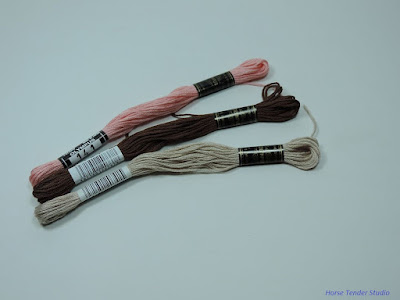 During the trip, we also went around to several thrift stores with a new friend here.  She and I had been to a couple of them before, but the rest were new to me - and they were all new to Jeff.  Outside one of the stores, there was a big shelf rack with lots of random things on it.  Jeff said, "Look, there's some floss."  Sure enough, I saw a clear case with a bunch of embroidery floss in it! 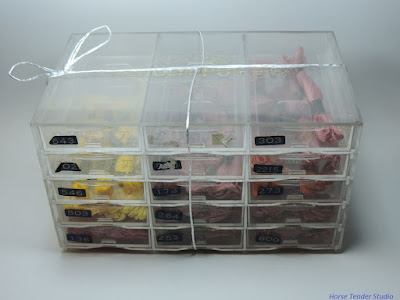 The top of the case said "Olympus", which I've learned is a brand of embroidery floss that is made here in Japan.  It is also the most plentiful to find in the craft stores. 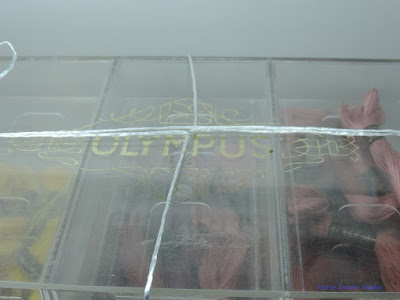 I instantly picked it up, but didn't see a price on it.  I was almost afraid to ask; I'd just been at the craft store where this floss was 100 yen (about 80 cents) a skein.  I had no idea what a bunch of it, in a holder, would go for - even at a thrift store. 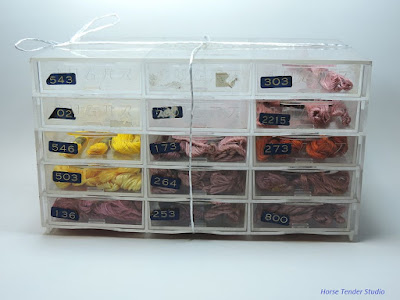 I haven't taken full inventory of everything in the case yet, but there sure are some pretty colors in it.

A bright shade of yellow in one drawer, 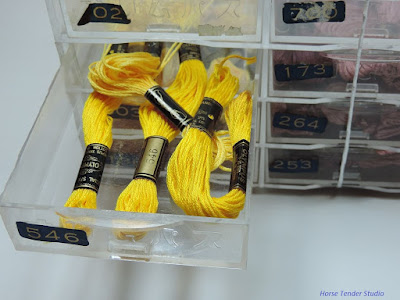 and shades of pink in another. 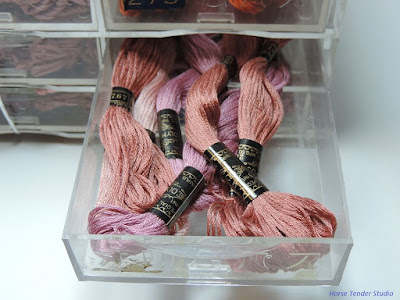 Some of the drawers are stuffed full, this one with one shade of pink, 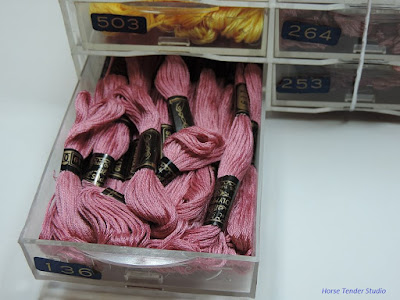 There's also some that is an orange/rust color. 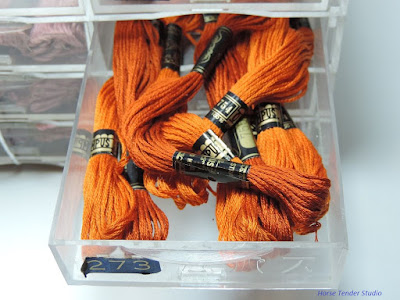 One thing I thought was really neat, once I got it home and had a closer look, is that there are Japanese characters molded into the front of the drawers. 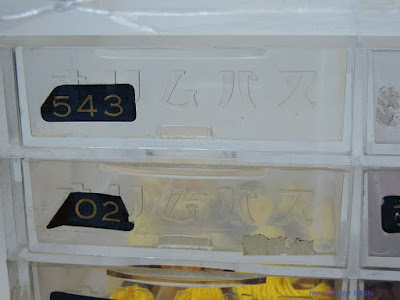 I'm very happy with my thrift store floss find and I'm so glad that Jeff spotted it for me!  :) 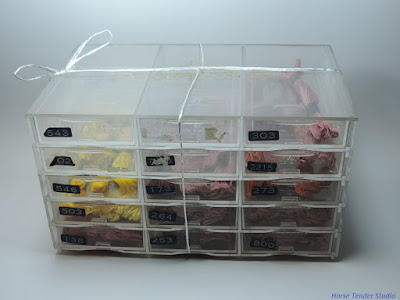 The case is actually 5 stacking drawer trays that the man at the shop bundled together for me.  One thing I did mention to Jeff is that I've already found a different way to store and organize my floss, but I still think this is a really neat find.  (and I certainly couldn't beat the price for all of that floss either!)  Maybe I'll use to it to store backup floss, versus having ALL of it wound onto bobbins.  I did recently find a ton of my floss that had gone missing in the move and I was planning to embark on another bobbin winding marathon soon.  However, a lot of that floss is multiple skeins of each color, so maybe instead I'll wind one of each color and store the rest in my new Japanese floss case.  :)