After a big shopping trip today with Jeff and a friend, two more Hachinoe Horses have joined the herd.

When I first spotted this one, I thought it was one of the unpainted ones that I've seen. 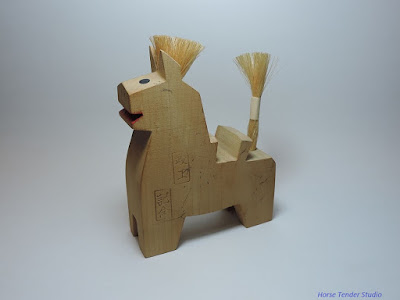 However, it's not completely unmarked, it has some markings on the one side and a bunch of writing on the other.  Plus, painted eyes and mouth. 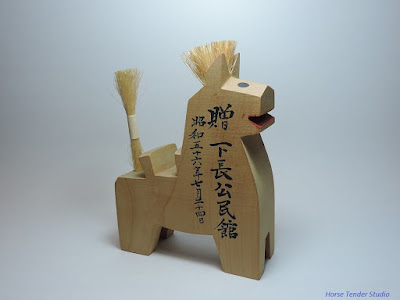 I also found this one.  He is not so big!  A tiny little one. 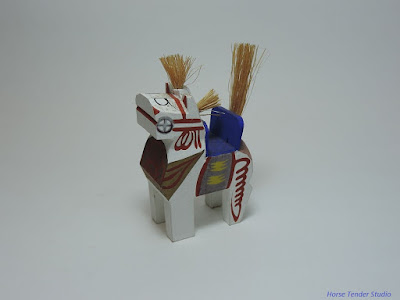 He has plenty of attitude though. 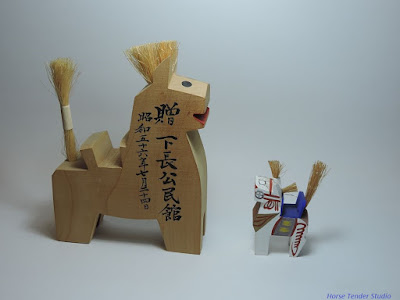 He's not even afraid to take on the big horses! 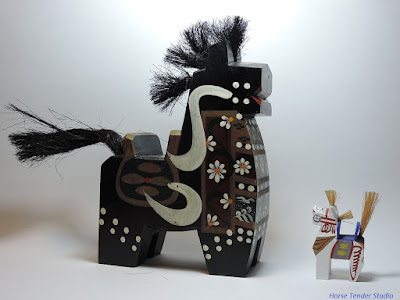 So far the little white one is the smallest I've seen.  They get MUCH bigger than the black and red ones that I have, all the way up to about real miniature horse/small pony size.  I doubt I'll be able to get one of them ;) but it is neat to have a range of sizes now.

I did see several others today, but they were out of my price range.  It appears that some of them even have fancy costumes on them and others with "accessories", such as a pack saddle type of thing with containers hanging off the sides.  It would be neat to get some of those types in the future.