The last week, in particular the last couple of days, has been really, really hard.  I haven't felt much like blogging or like I had much to say.  I'm still not sure I have much to say, but I don't want to miss another day, so here goes!


I ordered my Stablemate Club Dahlia and got the champagne color.  This was my second choice, behind the blue.  I considered the idea of seeing if I could trade this one for the blue, but I do like her.  She'll stay for now. 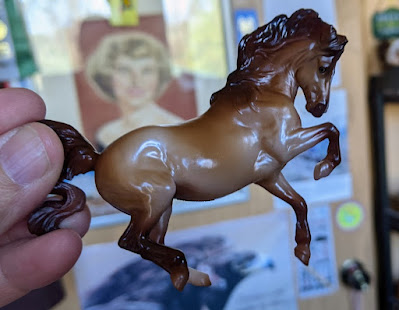 Though I am likely going to sell my other gambler's SMs: Finn (Mule - appaloosa) and Iris (Highland Pony - blue roan pinto) if anyone happens to be looking for them.

A couple of days ago, I buckled down and took a BUNCH of product photos of laser stuff and resurrected the FB page for the laser business.  I also sent off a pile of pictures and a bit of a sales pitch to the admin person for that handmade consignment shop. 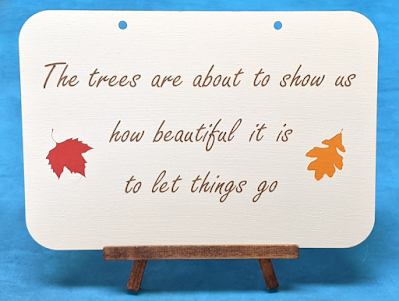 Next, I need to get some pictures of the options for custom Christmas ornaments and start advertising those ('tis the season).

I've also been prototyping a new model horse-related laser project.  It's another Japanese-themed set of jump standards.  Hopefully I'll have them somewhat ready to preview soon.  I have the idea to offer jumps/jump standards as a DIY kit and also possibly pre-painted and assembled.  A few days ago, I sat down with a notebook and brainstormed PAGES of laser projects for the model horse world, as well as the next steps needed to move the ideas along.  Stables/barns, jump standards, and new saddle stands topped the list.

Stay tuned for more on that.

Tonight, I went and saw Dune.  I went to a movie theatre, for the first time in almost two years.  I was a bit unsure about that but, given the chance, I *really* wanted to see this on the big screen.  There were only about six people there, all spaced out.  The movie was...  Epic.  I am still processing it and may be for some time.  It was incredible, in so many ways.  A takeaway for me, in addition to the story, the characters, the scenery, the effects, was the music.  I have already grabbed the soundtrack on Spotify and I will be listening to it the next time I'm in the studio.

Which will probably be as soon as I post this.