I have, historically, had no luck in any game of chance, raffle, drawing, lottery, whatever.  There have been a couple of exceptions and they have been Epic.  Winning a Live Show Benefit model in 2014 and winning a Braymere saddle and bridle (!) at The Jennifer Show in 2019.

I've entered about every single lottery that Breyer has held for several years now and I don't get picked.  No biggie (except, I do still really want a Crane and Baruti) but I still always enter.  Well, I did get picked for the All Access ticket holder's second chance BF SR sale.  I decided that, of the few molds left, I wanted to go for another surprise and see what color I might get.  Due to the store page not actually reloading when I got there early, I missed the first 5 minutes or so of the sale and the surprise models were sold out.  My second choice, in this second chance sale, was Gran Cavallo.  I was a bit crabby about the technical difficulties and there was even some stress that I might not get my second choice (the cart didn't clear and things hung a bit), but I did manage to buy one!  Along with Dahlia, a pin, and a sheet of stickers.  Everything came a few days ago...

Everything but Gran Cavallo.

I feel like a broken record in saying that things have been rough lately, but it's true.  Without going into details, today things went off the rails before I even had my first sip of coffee and they didn't get much better.

By mid-afternoon, I had thought I might take a nap and "escape" things for a couple of hours.  Instead, I made the decision to rally and try to salvage at least some of the day.  I would try and do at least a bit of work toward my goals.

Right then, a package arrived.

It was from Breyer, but I wasn't sure what it was, it was a big box and felt heavy.

Inside, I found Gran Cavallo. 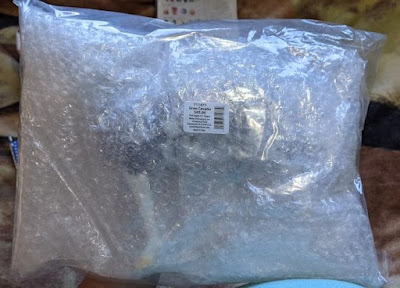 The regular version is black and white.  The variation is a dark purple/blue and white.  I couldn't tell from this view which one I had.  I chuckled to myself, thinking this was Schrodinger's Special Run: both the variation and not, until I unwrapped it.

More layers in and I still couldn't tell! 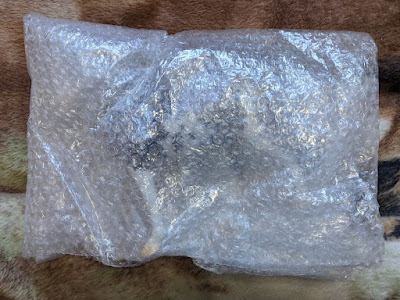 Thinking at this point: maybe it could be purple...  Could it really be? 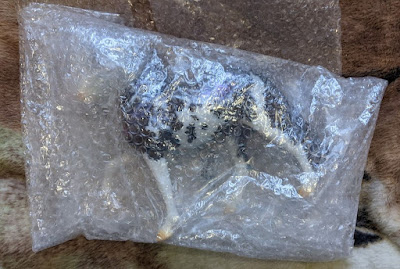 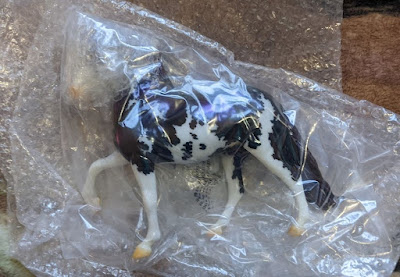 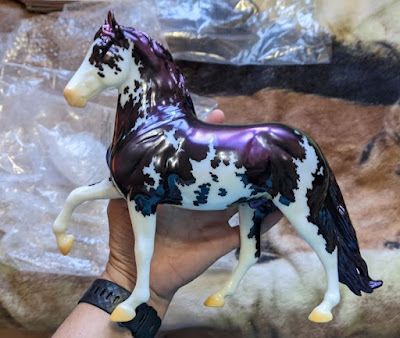 (picture is a bit out of focus, I was a bit excited)

It would seem that, once again, my random Epic luck has kicked in.

My immediate feelings were conflicted.  I immediately felt like I really "should" sell him.  All along, I've said if I had gotten any of the BF SR variations, I would sell them.  I keep saying that I don't collect OFs and that I really only want newer molds for tack making.  Also, I may need the money, sooner or later, with big changes coming.  All of those feelings swirled around and I sat on the bed in the middle of my studio just holding this model and feeling all of the feels for several minutes.

At both of the live shows where I've won something BIG, I had started the day feeling outclassed and out of place.  I took those random, Big, wins as some sort of sign that I did belong there and that I should keep going.  I'm feeling this "win" has a similar connection.  Today, I wanted to give up, at least for a couple of hours, and take a nap.  I decided not to, I was going to fight for what I want.  Then he arrived.  This kicked me into overdrive.  I posted a few more sales ads, took more pictures, organized more things.

Then I sold one of my SM Club gambler horses.  Another sign.

I've decided that he will stay, for now anyway.

Right now he represents hope and I can't put a price on that.