We survived our first day of having a booth at the Stock Show.  I did end up taking a bunch of my custom Stablemates and decided to take this guy along to tower over them and maybe attract some attention to his smaller friends. 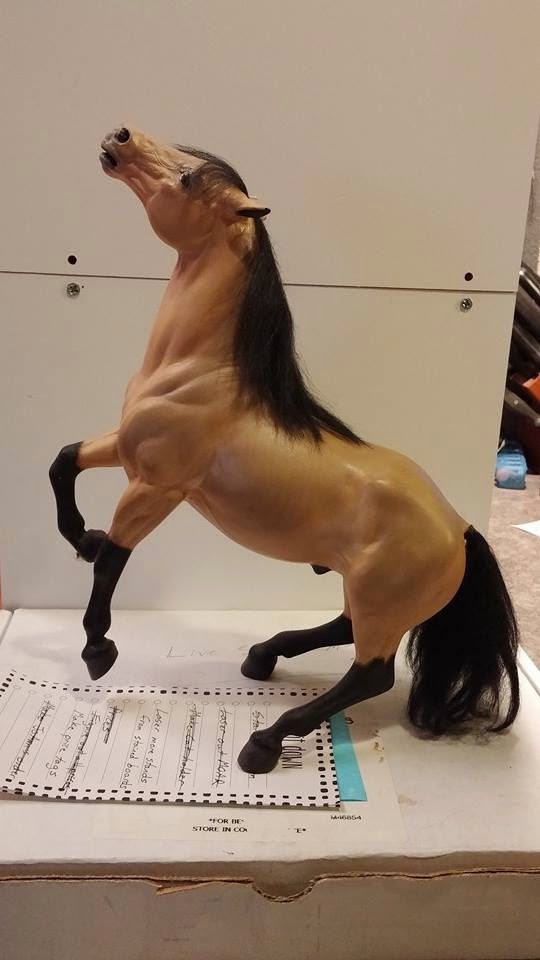 He was created back in 2001 and was originally made as a custom order, but he ended up staying with me when they changed their mind on what they wanted.  I thought he would be a fun one to take to the Stock Show.  I love haired models and he is one of just a few Traditional scale customs I've done and I think he is (so far) one of only two haired Traditional customs that I've made.  I still like the way his hair came out and he has aged well.  He could use a few pint touch ups here and there, but he's still a neat model.

I'd better get to bed - Day Two is fast approaching!