Today I started on the latest round of reorganizing the Studio room.  I pulled a bunch of stuff out and put in the two new storage carts.  They look good in there and will be much more useful than what I had in that spot - which was a computer cart, serving occasionally as an extra workspace and mostly a place to pile stuff.

Then I did a bit of leather working.  I finished dying the pieces for my very first leather saddle.  The pieces turned out a lot darker than I thought they would.  They look black here, but they are actually a dark, dark brown.  I had to really saturate the pieces to get any kind of even color. 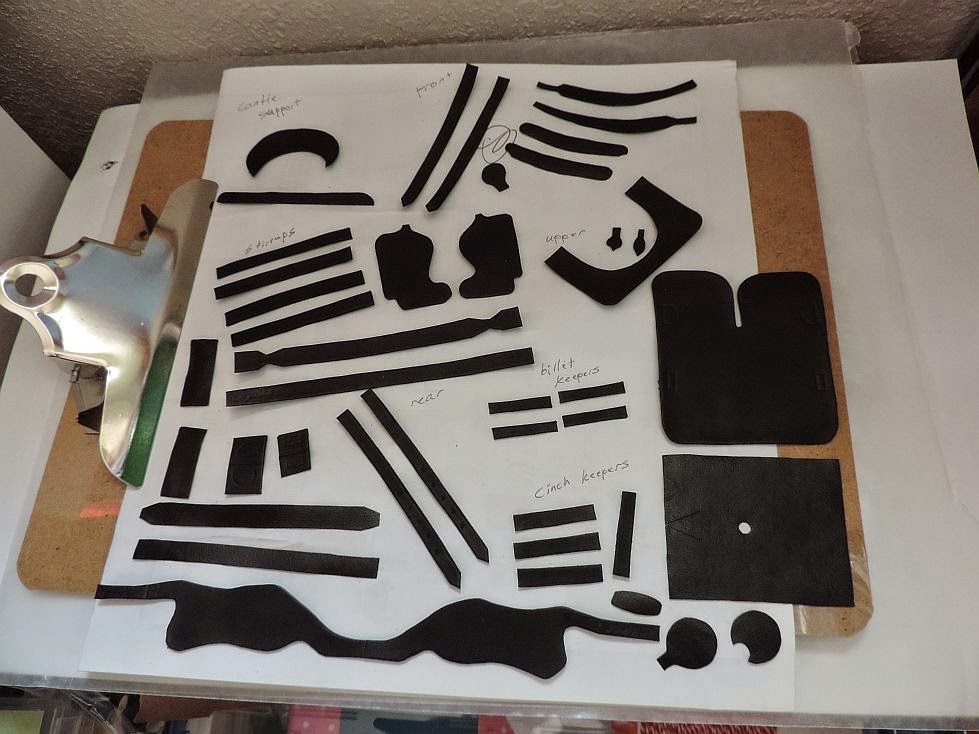 Then I did a tiny bit of leather stamping.  I had briefly played around with some of that before I dyed the saddle pieces.  I had really wanted to do something to the leather, some sort of design.  But I tried and tried on a few scrap pieces, using the two stamps I have, and I couldn't get anything to look right.  So my first saddle is going to be plain.  Eventually I want to learn how to stamp and carve leather, but that'll come later.  I did manage a somewhat decent little bit of basket weave stamping today after studying the pattern on a saddle.  Some of these are crooked, but I think it's a good start. 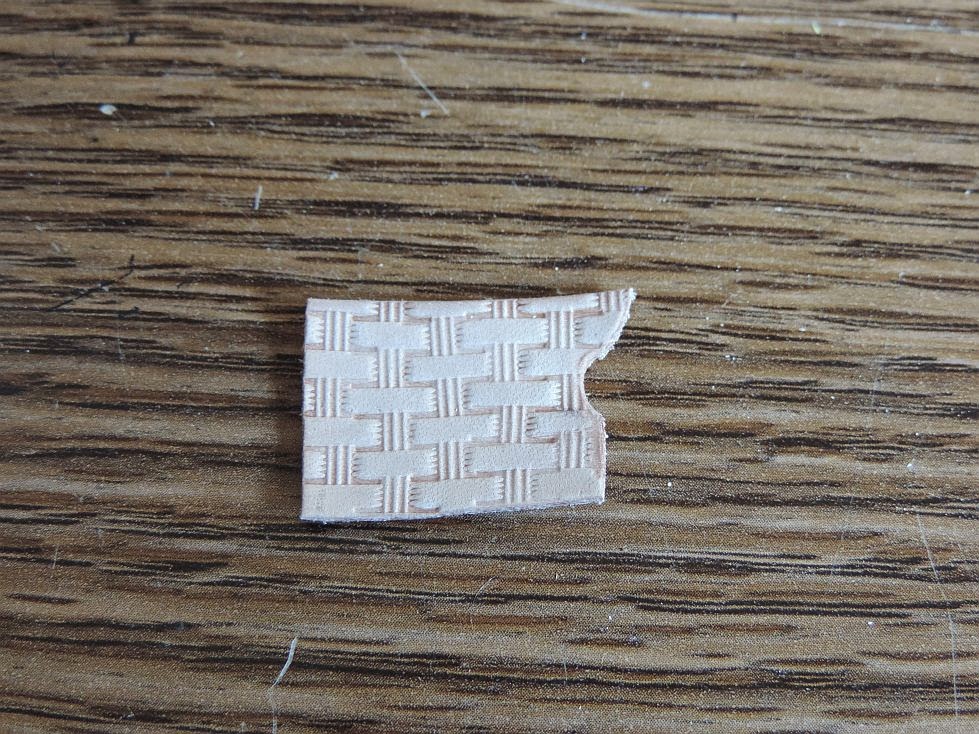 It was good to spend some time in the Studio and I'm hoping to do more of that tomorrow.  I might even start assembling the saddle!