I thought it might be fun to share some of my model horse collection on here.  Lately I've seen a few people talk about photographing their collection, something I've never really done.  Back in the day I used to photo show - and I plan to do more of that in the future - but I've never taken pictures of my collection as far as documenting who I have.  I figured it might be fun to take it a step further and do a bit of a write up about some of my favorites, starting with this one.

San Domingo mold, number 829, sold as the "Comanche Pony" from 1990-1992  (information from the Identify Your Breyer website) 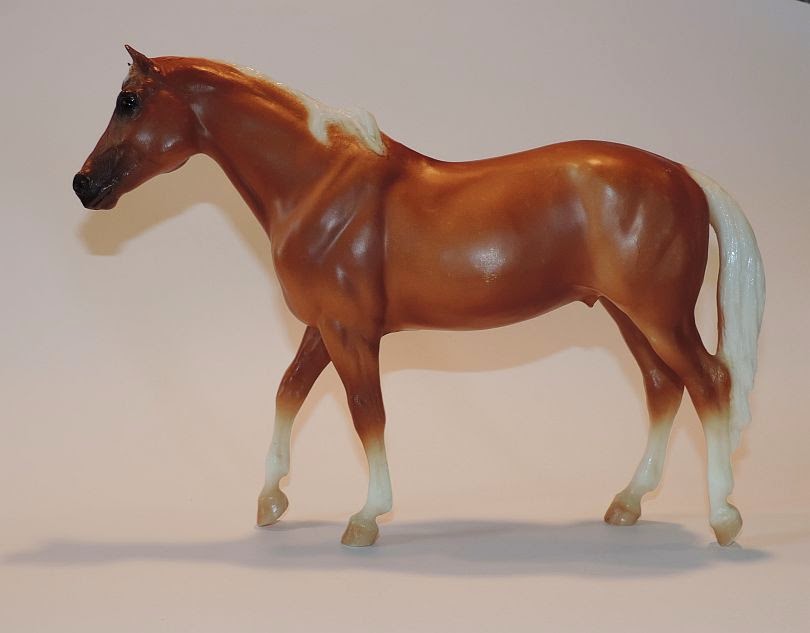 I love the San Domingo mold and always have, I'm not sure why.  I just think he is a neat-looking horse.  I only have one of them.  I don't remember getting this guy, though I'm guessing he was either a birthday or Christmas present, as that's how I acquired most of my childhood Breyers from around that timeframe. 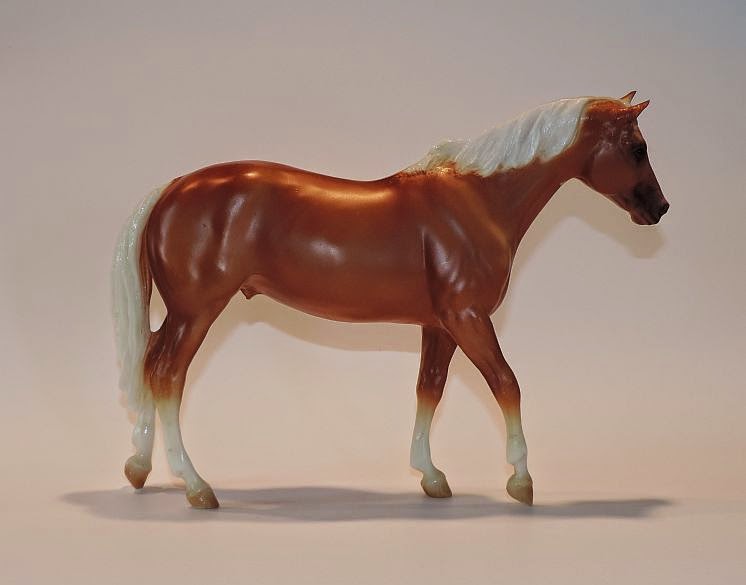 He is not a mint condition example, he hails from the era when I played with my horses, though he survived better than some.  Even when they were sort of toys for me, I still tried to take care of them - especially my favorites.  I'd say he's possibly a photo show quality horse and even if not, he's still got a special place in my heart. 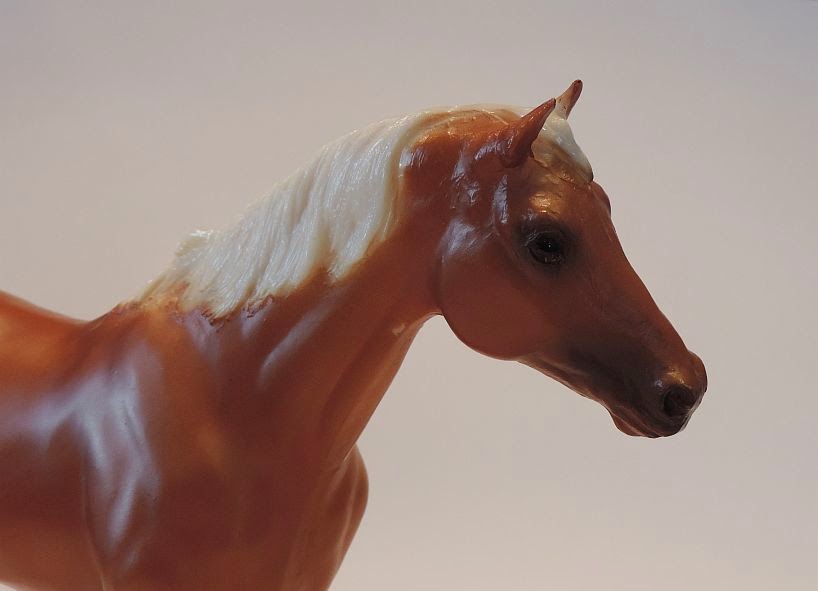 I named him Native Son, after one of my all time favorite Bryan Adams songs.  I've been a big fan of Bryan Adams for quite some time and I think the fact that I bestowed such a name on this horse meant he was a favorite of mine right from the beginning. 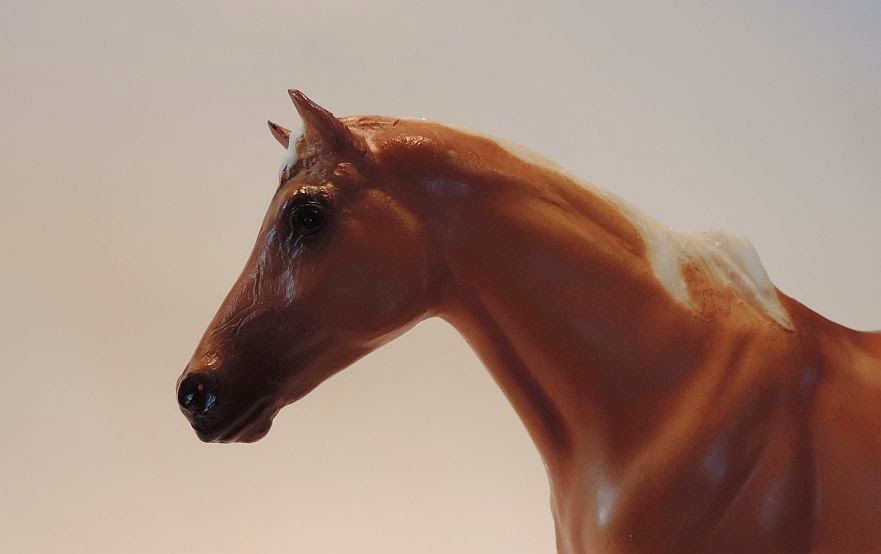 I decided to write up this first profile on him, since he has made a couple of appearances recently, modeling a saddle pad and then my first halter.  When I needed a Traditional model to put the freshly finished saddle pad on, I grabbed him off the shelf right away. 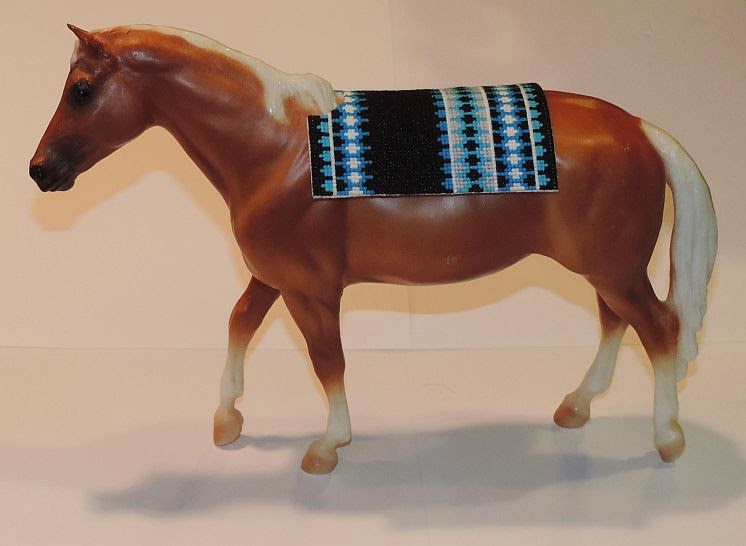 When when I set out to make my first Traditional scale halter, I figured I'd keep on using him as a model. 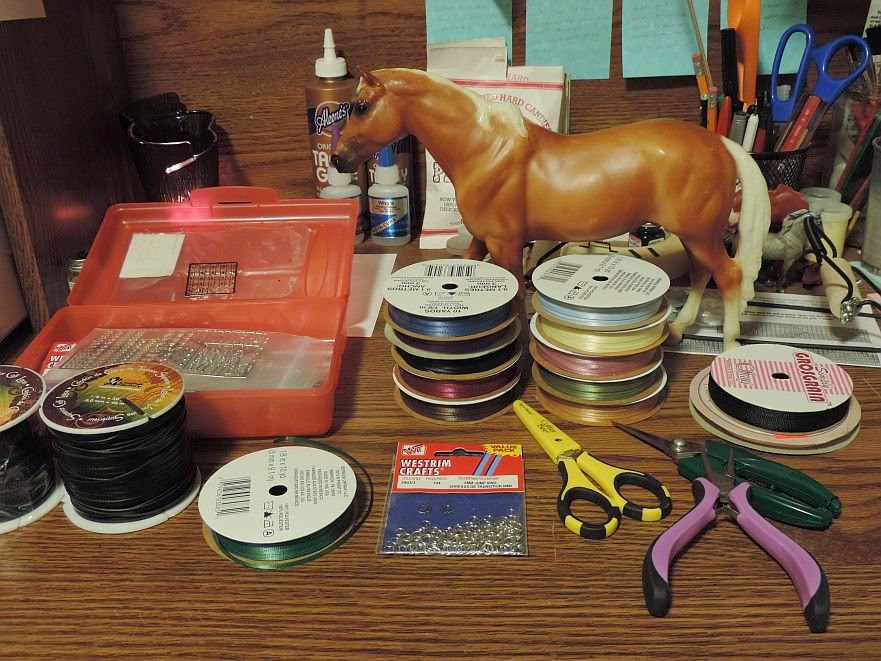 I think he's pretty striking and I certainly don't mind taking more pictures of him.


I hope you enjoyed this first little profile of one of my favorite models.  I'll work on writing more of them to share in the future.