Today, I finally did it.  I started working with leather.

The very first thing I did was play around with the mechanical pencil hole punches.  No, the holes aren't straight, I just wanted to see what the holes would look like.  They are awesome! 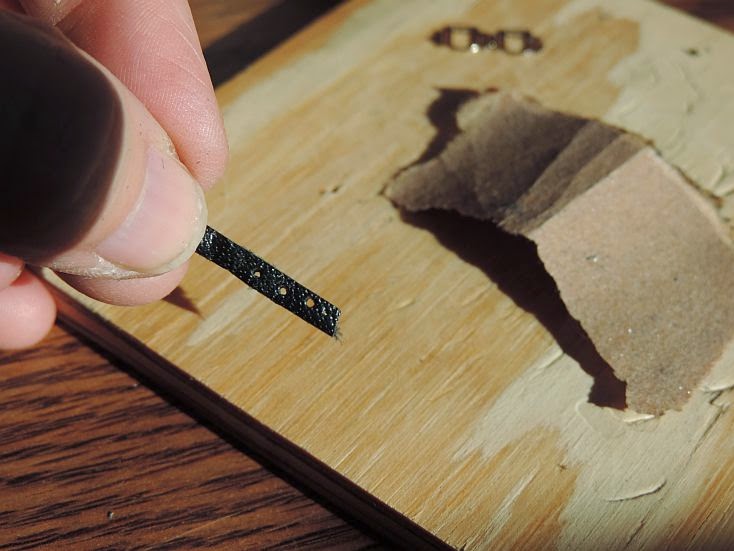 Then I started skiving (thinning) some leather lace.  I was using this tutorial on preparing lace.  For a while now, I've been afraid of trying this, but...  it was fun! 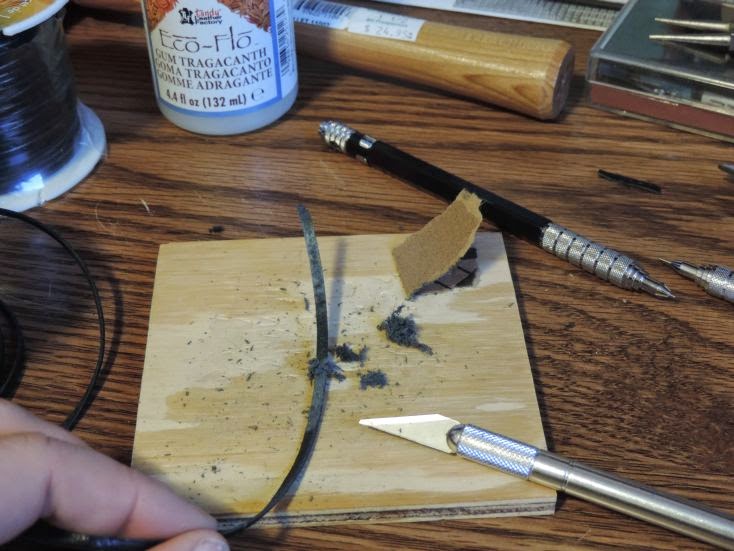 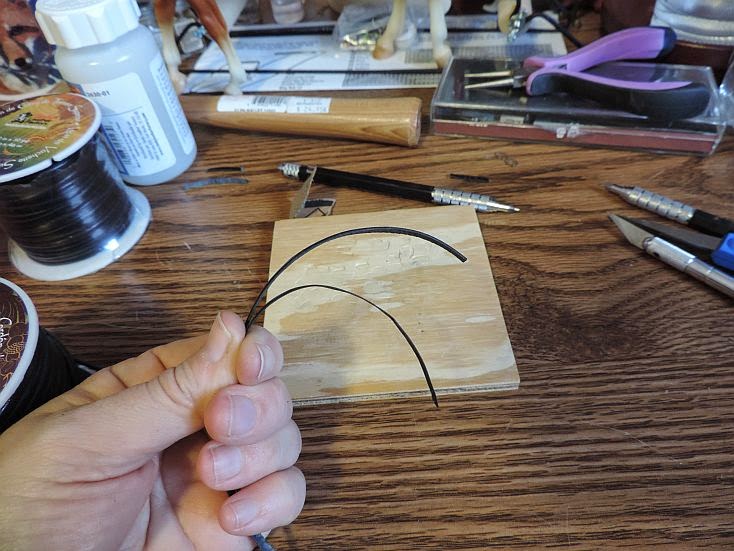 I broke off a few pieces while trying to thin the lace, but I went ahead and prepped these pieces too.  (and ended up using most of them) 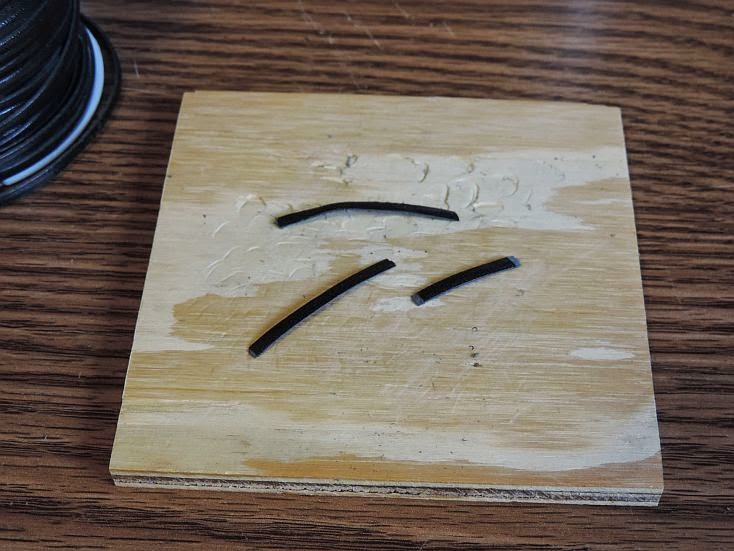 Here's what I ended up with: 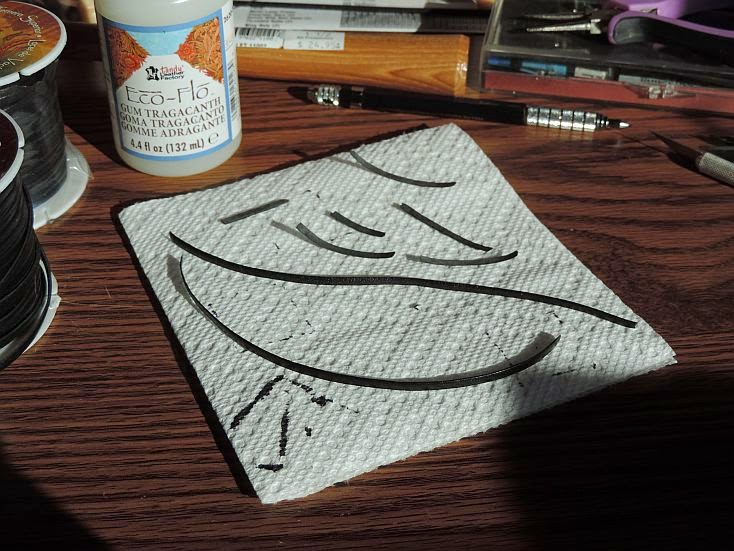 Time to start building a halter! 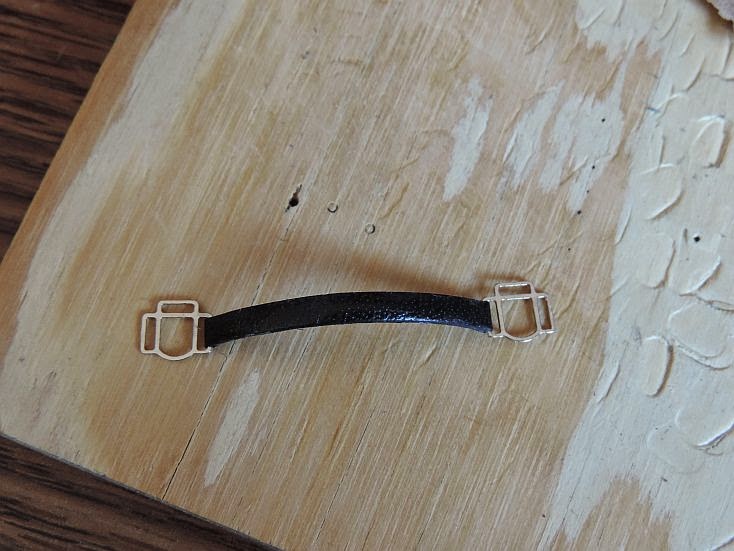 But then...  this happened: 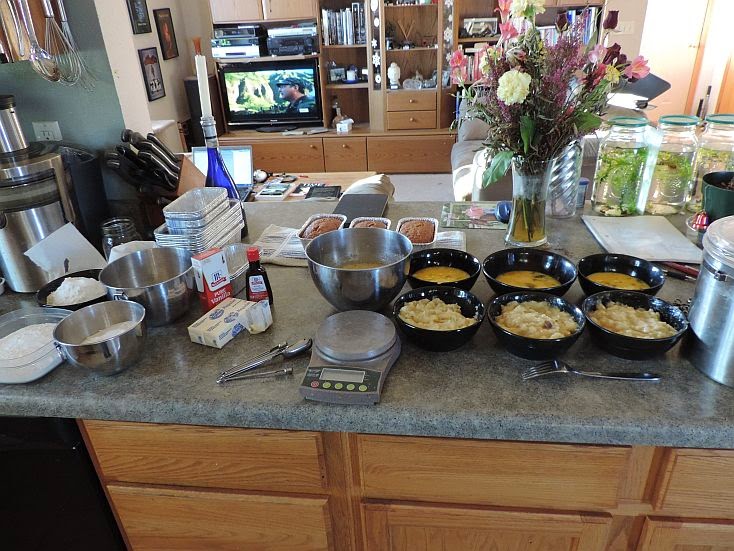 I had a pile of overripe bananas that desperately needed to become banana bread.  So I took a Studio break and did a high speed baking marathon. 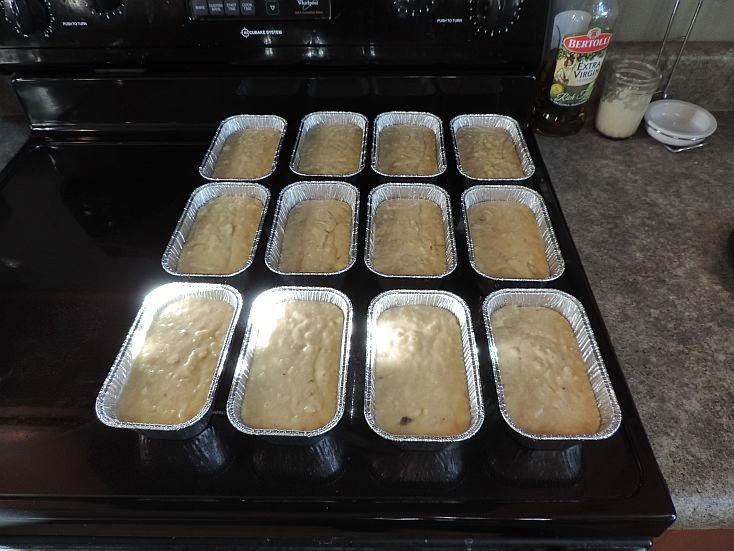 Okay, bread in the oven, back to the Studio.

Assembling this halter went much faster than the first, because I had that first halter to use as a template as far as sizing. 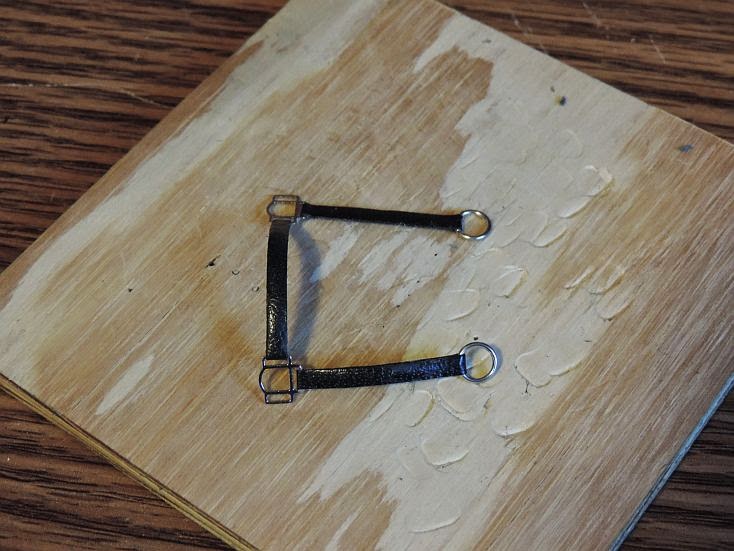 This buckle worked better than the first too, with the help of the new, tiny round nose pliers. 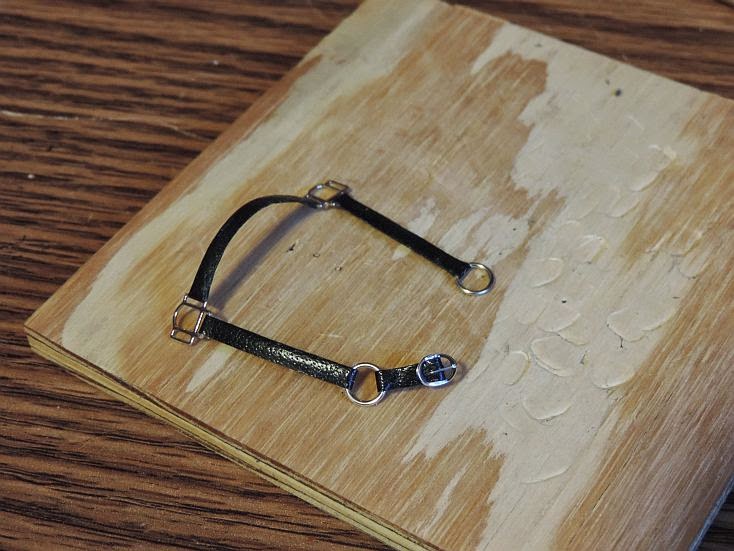 Getting closer, here's where I used some of the pieces that were broken off during skiving. 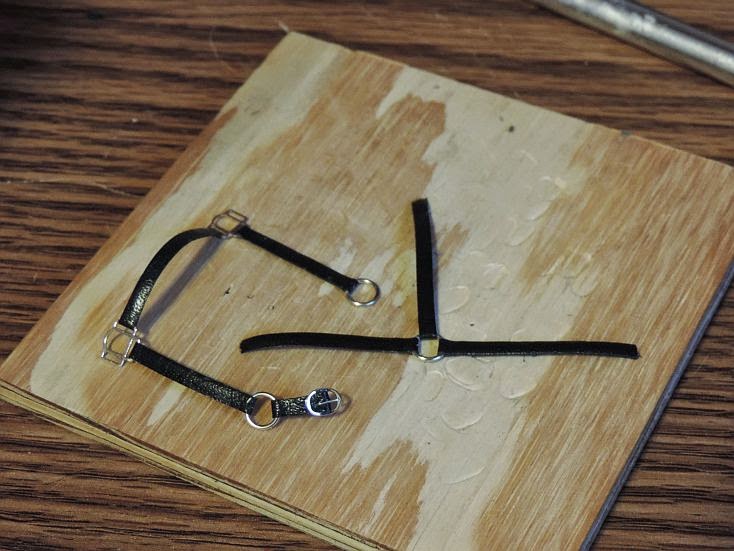 And this is about where I stopped. 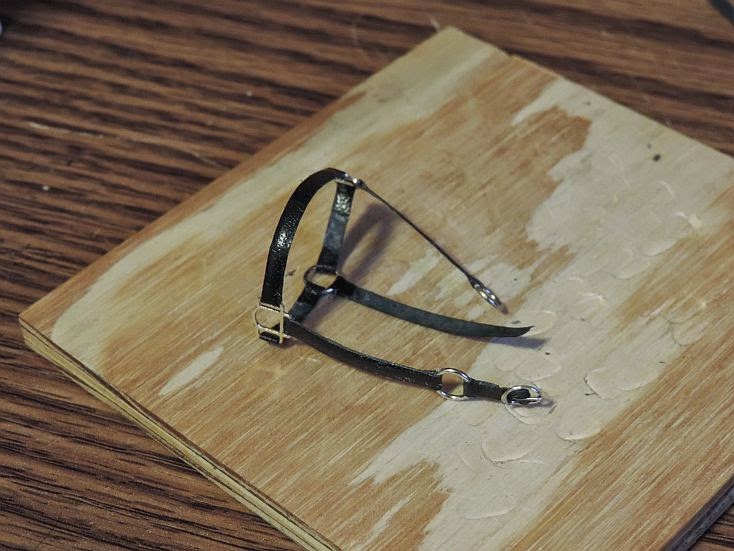 I had trouble doing the rolled throatlatch, then Jeff came home from work, so I called it quits for the day.  I'm planning to try again tomorrow on the throatlatch and if I can't get it right, I might skip that step for this one.  I'm wanting to be really brave and try to start on a bridle!

It was a fun day and I'm planning another one tomorrow.