Compared to many others involved in the model horse hobby, I don't have many resins at all.  I only have three resin horses, two of them are this set that I bought many years ago: 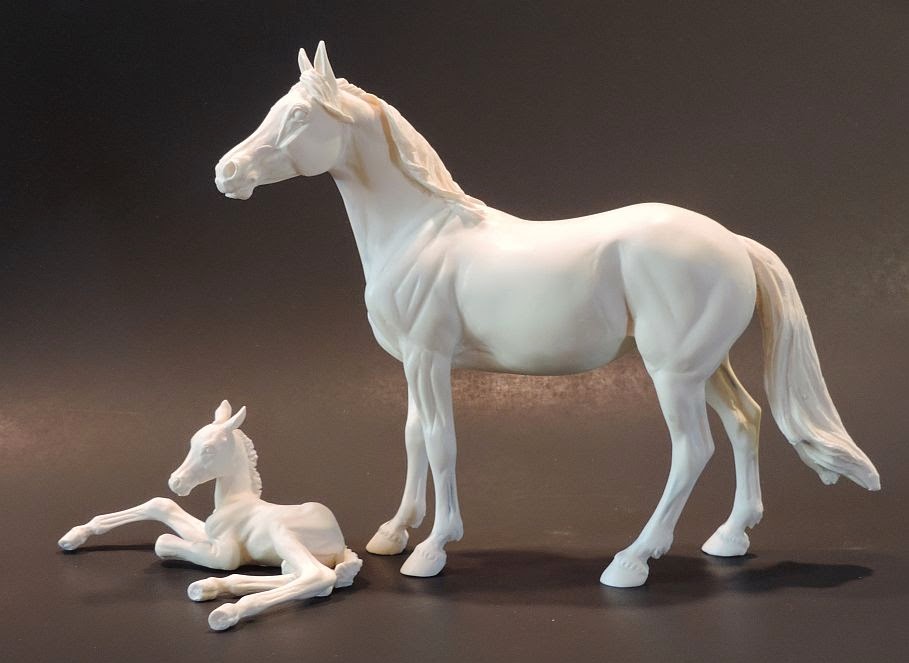 They were meant to be a Chincoteague pony mare and foal and were sold as a live show special if I remember right.  They were my first ever resin purchase back then.

I thought the mare was pretty, 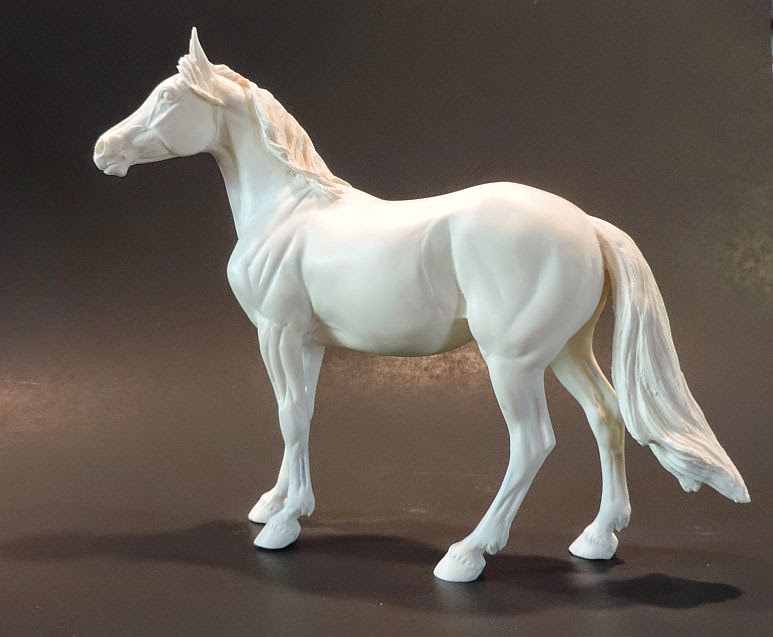 and the foal downright adorable. 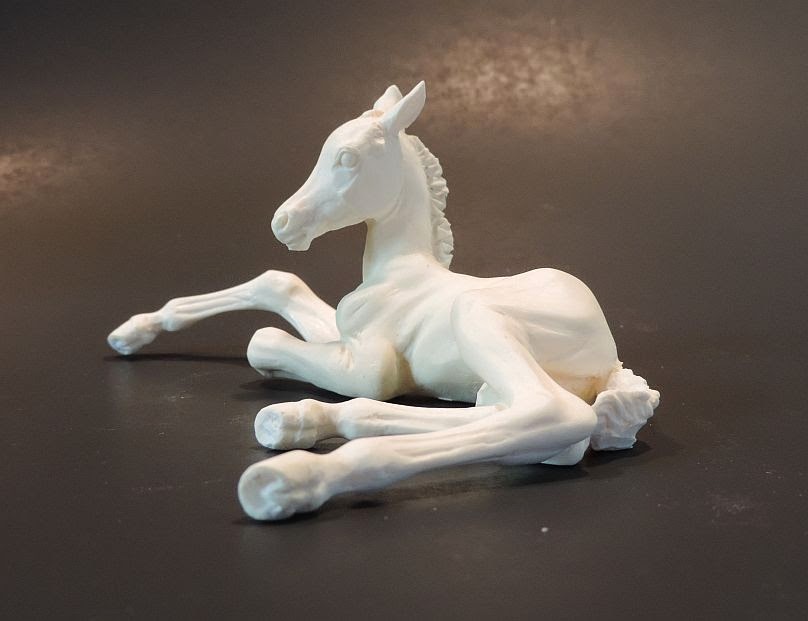 All these years later, they are still naked (unpainted) and I've struggled, off and on, trying to decide what color to paint them.  My favorites to paint are pintos and appaloosa patterns.  I had really thought I'd do this pair in appy colors.  Chincoteague ponies don't have appaloosa coloring, so they'd have to be some other kind of breed.  Not being able to decide on anything all these years is a main reason reason they are still nekkid.

A couple of years ago, Jeff and I made a trip to Chincoteague and Assateague islands.  We actually camped right on the beach of Assateague and saw some ponies the next day.  It was a great trip and I took a bunch of pictures, of course. 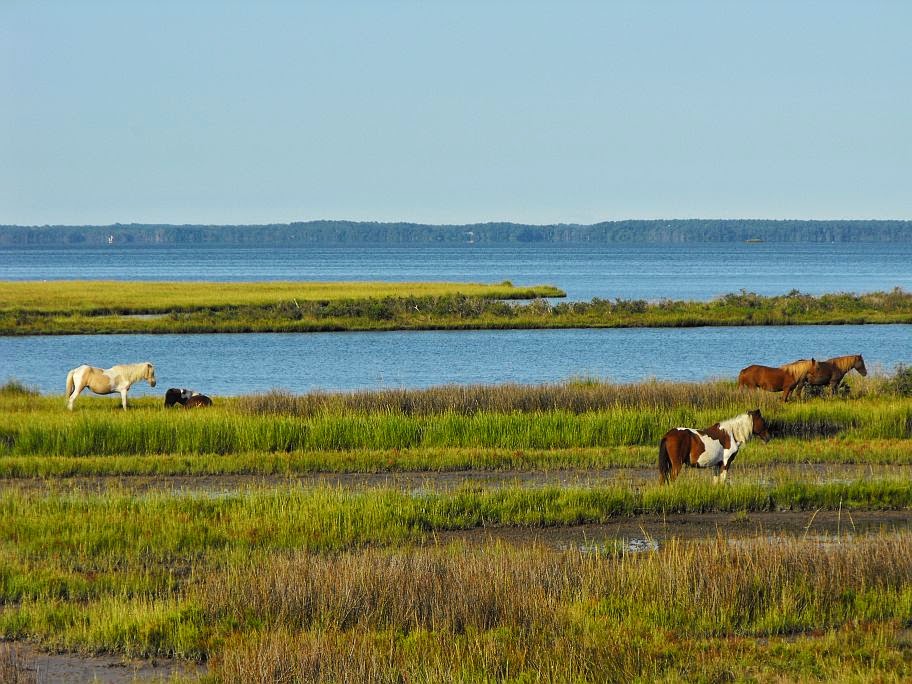 I also bought several post cards at a gift shop, to have for reference materials. 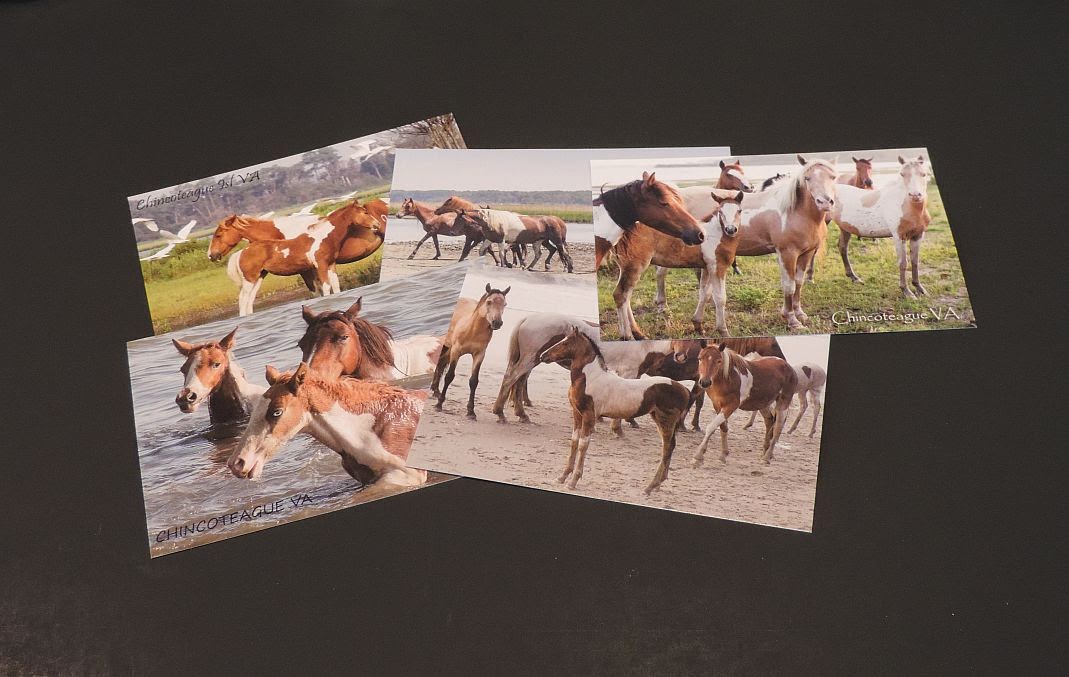 I just came across them again a couple of days ago and was taking another look at my resin mare and foal.  I think I'll keep them as Chincoteague ponies and maybe do them in a pinto pattern.  The herd I took pictures of had mostly pintos and flaxen chestnuts in it.  Either of those - or a combination of the two - would be pretty to do.

They are the old resin project.

Moving on to the brand new one...  Today, I got my first ever "Mink" in the mail.  It is beautiful.  I was lucky enough to be able to grab one of these before they sold out for the second time.  I was watching her progress on her Facebook page as she sculpted this one and I was in love with it early on.  I'm SO thankful that I was able to get one of them! 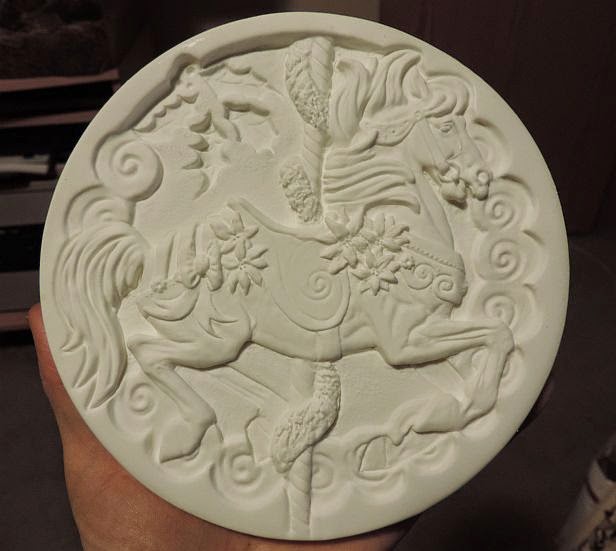 (I have NO idea what color(s) I'll be painting that one...  will have to think of something good)