A few days ago, I popped into the local store where I've found several neat figures.  My time in there was cut short, so I didn't get to look through everything like I'd wanted to, but I still found some neat stuff.

A package with a cart in it caught my eye.  "That could be modified for use with Stablemates," I thought. 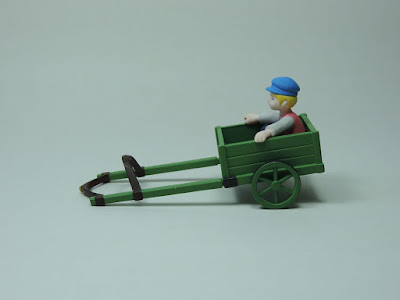 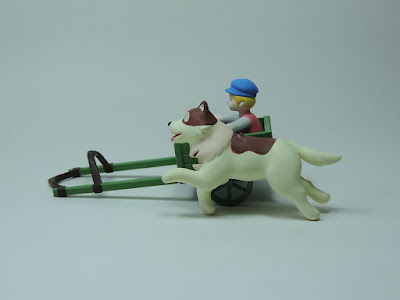 However when the dog is attached, by notches where the harness fits him, this happens.  Maybe he is a flying dog...? 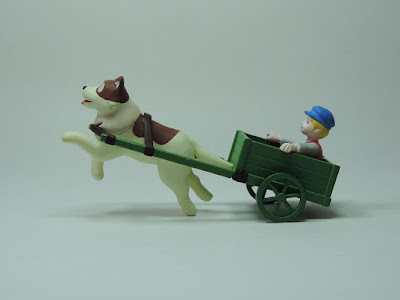 Right before I had to leave to get back home, I spotted another cart.  This one was in pieces, to be assembled, and had a donkey attached to it. 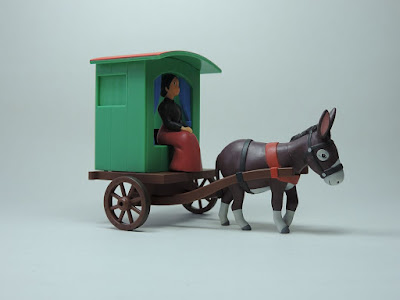 I grabbed it too, thinking it might be another fun cart to modify for Stablemate models. 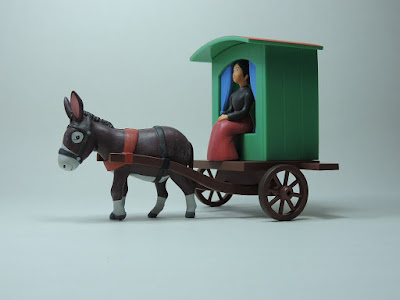 After putting it together I discovered that some of the pieces appear to be missing - the back and possibly some other parts.  There are holes where things are supposed to fit, but nothing to put in them.  Likewise, the barrel and red box in the back are actually sitting in there loose.  They have pegs in them, but no holes that they fit. 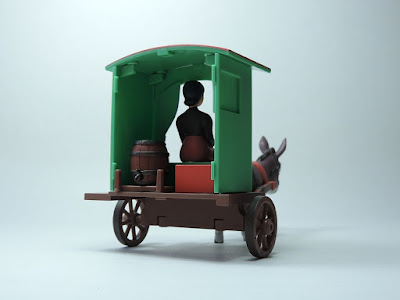 My original in the moment plan was focused on using the cart in the future, nothing else.

But...  that donkey is actually pretty darn cute. 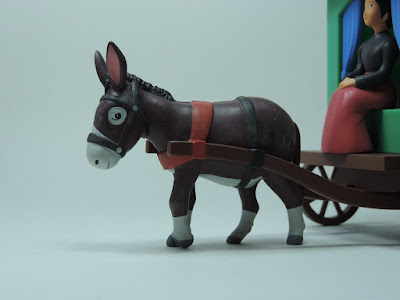 Both carts have the same marks on the bottom saying that they are from an animation studio.  I don't think I'm familiar with the story they might be from, maybe I'll try and look it up and see if that dog is supposed to be flying after all.  ;)

Speaking of dogs, I got another cute puppy.  I seem to find puppies every time I go to that store. 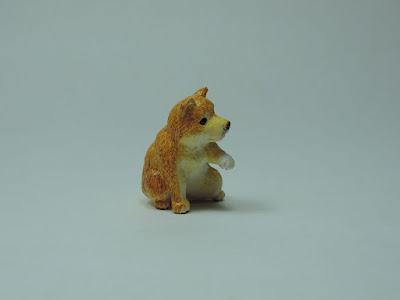 Another find was this miniature "fish tank" with a shark in it.  Or maybe it's supposed to be some sort of specimen case. 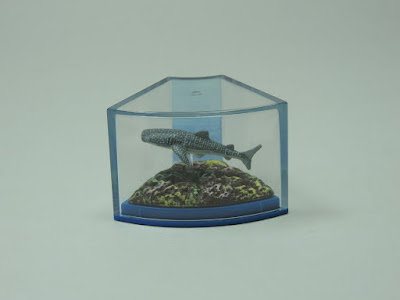 Either way, I thought it was really cool! 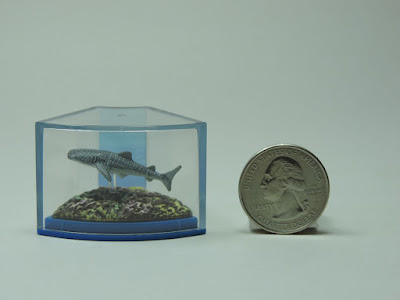 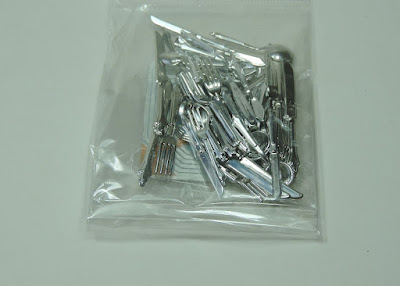 No horses or other equines this trip - other than the cartoon donkey.  I'm hoping to get a chance to look around in there again soon.  Their inventory seems to change quite a bit; I think almost everything I saw in the hundreds of figures I did dig through was new from the last time I was there.