I'm thankful that for the last couple of days, this is where I've been: 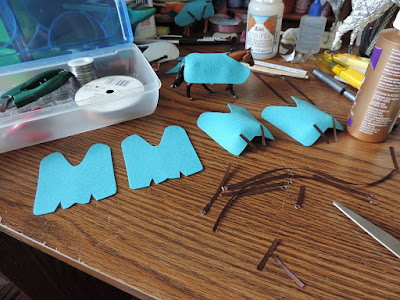 (that's also a sneak peek at the "secret" project I've been up to lately...)


I'm also thankful, and this might be a weird one, that we had a "big" earthquake yesterday..

Thankful?  Stick with me...

I was sitting at my desk, making stuff, happy as can be, when my cell phone went crazy.  It started making this loud sound and a voice started saying something in Japanese, over and over.  I started at my phone - a message in Japanese was on the screen.  "What is going on...?"  I thought.

Just in case, I put my scissors away, blew out my candle, and grabbed hold of the desk.  Sure enough, here it came.  Small swaying at first, but it got worse and worse until everything was shaking, I heard things falling over and saw the paints in the rack on my desk rocking.  I thought sure they might fall out, but they didn't.  I didn't dare move, I've read that people most often get hurt by getting knocked off of their feet or by things falling on them.  So I stayed where I was, braced against my desk, watching everything jump around.

At some point near the end, Max came into the room and laid down right behind my chair.  I don't think he approved of the ride we were on.

I don't know how long it lasted, maybe 20-30 seconds?  It faded away like it had began, with small swaying/shaking lasting for just as long after.  Once the worst was over I glanced around and noticed the water in the fish tank sloshing around.

I know I heard some things fall over, but aside from my phone ending up on the floor somehow, I couldn't find anything out of place - well any more than the mess that's already in the room.  ;)

So, why in the world am I thankful for that experience?

I've been dreading what it would be like to feel a "big" quake ever since we got here.  I keep saying "big" because they get a lot bigger than this one was, but it was the first to be bad enough to set off the alarms.  Our first few days here, we had heard about the cell phone alarms, but until now I hadn't heard it.  Now I've heard the alarm, know what it means, and have an idea of what to do when it goes off.  The fear of that unknown is gone.


I'm also thankful that there was no damage.  I'm thankful for the bit of a wakeup call that there are still some things we need to do to prepare for a big one.  We've gotten complacent, because it's actually been months since we've had anything more than a tiny tremor.

This weekend we'll be finally securing the bookshelves to the wall and taking a look around the house for anything else that should be addressed.

I'm also going to get back to work on my shelf holder idea.  I'm happy to report that my Popsicle stick prototype did its job, haha.  Those three horses were just fine.  ;)  However, I need to finish that project. 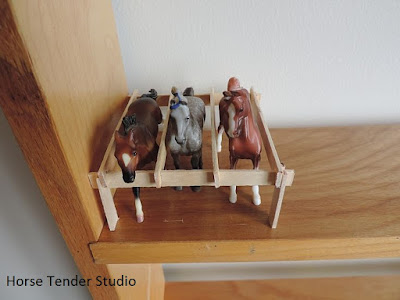 So, yes, I'm thankful for an earthquake.  And thankful that I've been in the studio a lot this week, quake and all.